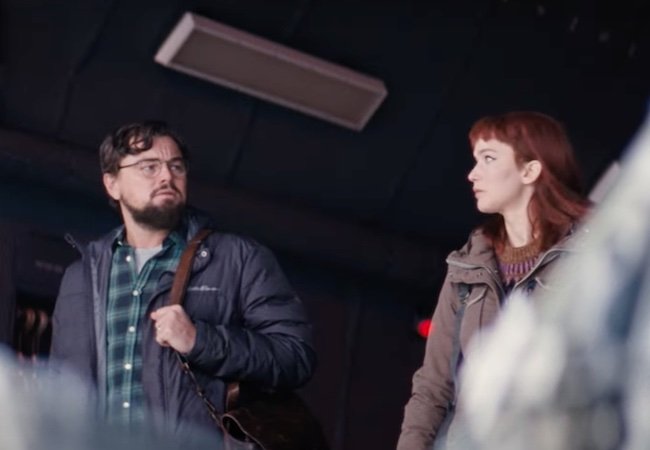 Netflix opened its 2021 slate announcement with Ryan Reynolds, Gal Gadot and Dwayne “The Rock” Johnson, and ended it with Leonardo DiCaprio and Jennifer Lawrence, sending a clear message that it’s ready to step into the void of uncertainty left by shuttered theaters.

With less than 40 percent of American movie theaters open, and countless release dates still delayed, Netflix offered up a slate of its own that includes the Reynolds-Gadot-Rock action film Red Notice and Adam McKay’s DiCaprio-Lawrence political satire Don’t Look Up.

The largest streaming service, which boasts nearly 200 million global subscribers, promises a new movie every week in 2021, and previewed 27 of them, promising the “biggest, brightest, fastest, funniest, feel-good, feel-everything films and stars.”

Get used to see Elba on a horse, on Netflix: He also stars in Concrete Cowboy, about modern-day Philadelphians who maintain a stable of ponies. Netflix audiences will also finally see the Amy Adams thriller The Woman in the Window, which was delayed last year.

Chris Hemsworth starred in 2020’s biggest Netflix film, Extraction, and returns this year in Escape From Spiderhead, based on a New Yorker short story by George Saunders, which may seem like the least likely possible source of a thrill-packed escape movie.

Netflix signaled that it’s more than ready for the barrage of content from HBO Max, which angered some filmmakers last year with its announcement that it will stream every Warner Bros. film slated for 2021 at the same time they are released in theaters.

Amazon also has a splashy 2021 planned that includes Regina King’s directorial debut, One Night in Miami, scheduled for Jan. 15. The film seems a very likely Oscar contender. And March 5 brings Coming 2 America. We do deep dives into both films in the upcoming issue of MovieMaker Magazine.