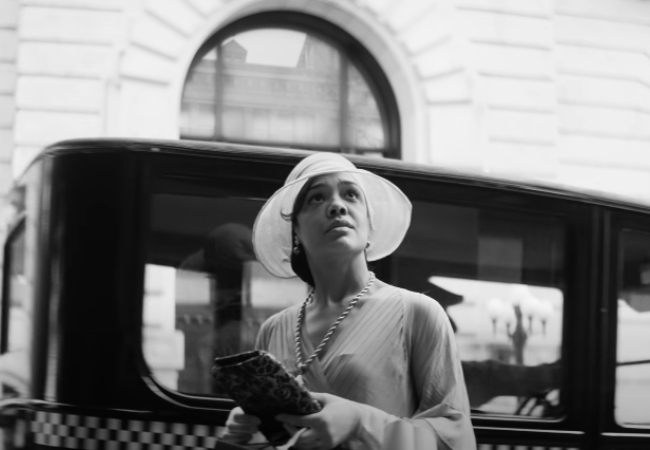 Passing writer-director Rebecca Hall tells us how she did it; Billy Porter is directing a new HBO Max movie called Camp; Dune is getting a sequel. All in today’s Movie News Rundown: On Location.

But First: I’m writing today’s Rundown from sunny Savannah, Georgia! I’ll be attending SCAD Savannah Film Festival here at Savannah College of Art & Design for the rest of the week.

How Camp: Pose star Billy Porter is going to direct a new HBO Max movie called Camp, according to Deadline. Adapted from the YA novel by Lev Rosen, the movie follows “16-year-old Randy Kapplehoff, who loves spending the summer at Camp Outland, a camp for queer teens,” per Deadline. Porter will play the camp’s theater director, Mark. Very campy of him to play a director while directing a movie called Camp. Someone call the Met Gala!

Passing Interest: Lauded actor Rebecca Hall makes her directorial debut with Passing, which arrives in theaters today before landing on Netflix next month. From screenwriting through distribution, Hall tells us all about her moviemaking process on the drama, which stars Tessa Thompson and Ruth Negga.

“I read this book about 15 years ago, and about 20 pages in, I immediately started fantasizing about the sort of film it could be,” Hall says. “I finished the last page and then immediately opened a laptop and started trying to write a screenplay.”

Surprise, Surprise: HBO has renewed its wildly popular family drama Succession for a fourth season, the network announced Tuesday — not that there was no doubt that it would happen. But the real question is will there be a fifth season? Brian Cox has been hinting that despite fans’ hopes for a fifth season — which he shares — creator Jesse Armstrong may only grant us one more. Oh ye Gods of cinematic television, please smile favorably upon us!

Eternals Action: Chloé Zhao, director of the new Marvel movie Eternals that premieres on Nov. 5, disputed the idea that Marvel directors don’t have a say in action scenes in an interview with IndieWire.

“From day one, Marvel said, ‘Here are the tools we use. We need your version. We don’t want three different movies we want your movie,’” Zhao tells IndieWire.

Dave Speaks: Dave Chappelle addressed the transgender community and criticisms of his Netflix comedy special The Closer in an Instagram video posted on Monday. “To the transgender community, I am more than willing to give you an audience, but you will not summon me,” Chappelle said in the video. His comedy special, which many viewers including Netflix employees have called transphobic, lead to a Netflix employee walkout last week in protest of co-CEO Ted Sarandos’ refusal to remove it from the platform.

Did You Know?: Anya Taylor-Joy’s character Sandie in Edgar Wright’s Last Night in Soho wasn’t originally going to have speaking lines. But when Wright began collaborating on the screenplay with Krysty Wilson-Cairns, she convinced him to let her speak.

Before You Go: If you’re a fan of Dune and have not yet seen Zendaya and Timothée Chalamet — or Timothée Chalamalabingbong, as his Little Women co-star Florence Pugh lovingly calls him — take BuzzFeed‘s BFF test, then you haven’t lived. Observe: