Passing writer-director Rebecca Hall knew for a long time that she wanted to make her own film, and paid close attention to every aspect of production on the films in which she starred. Once she even crashed the edit room of Ben Affleck’s 2010 thriller The Town. Passing, her first attempt at screenwriting, is an adaptation of Nella Larsen’s novel of the same name. The film follows friends Irene (Tessa Thompson) and Clare (Ruth Negga), who reconnect in 1920s New York City. Clare has been “passing” as white for years; Hall’s grandfather was African-American and passed for white, which is one reason Larsen’s story spoke to her. Here, Hall explains the making of Passing, from screenwriting to development to production to post-production to distribution. —C.H.

Rebecca Hall on the Screenwriting of Passing

I read the book Passing about 15 years ago, and about 20 pages in, I immediately started fantasizing about the sort of film it could be. I finished the last page and then immediately opened a laptop and started trying to write a screenplay. I busted it out in about a week. It was a sort of brain vomit. I don’t know if this is a very good way to start a screenplay, and I don’t know if it’s how I would do it every time. I had such a profound reaction to the book, because it gave me a whole sort of context and way of viewing my own family’s history that I was thinking about a lot more at that moment.

When that draft was finished, it went in the drawer, and I didn’t look at it again. Part of the reason for that was that Passing felt too ambitious to be my first film. I knew that it had to be black and white. I knew then that I wanted it to be in a 4:3 aspect ratio.

I had a lot of ideas back then, but they felt very bold. I assumed that it would be my second or third film. I always wanted to be a film director. I always wanted to write, and I went on to write two or three other film scripts after writing Passing. But I didn’t have the same urge to make those as I did Passing. So after about five years, it came out of the drawer and I started showing it to people, and they were enthusiastic about it. But they also said, Well you’ll never get it made, which was a bit of a downer. But that also gave me a bit of, Well now I’ve got to do this.

I started tinkering with it more then, and then I got some people who really believed in it and wanted to help me push it along a bit further. So this would have been about 10 years after the original draft. I did another draft and then it felt like a real thing.

Writing the Passing script felt like working out the movie. The longer I spent with it, the more the vision, the images, even the sound design, began to be clear in my head — like how quiet it needed to be.

It was always a tricky book to adapt, because it’s incredibly subtle and incredibly ambiguous. I wanted to keep that ambiguity alive. I didn’t want to signal anything too strongly. But I also wanted to leave an audience with a lot of possible interpretations.

The book Passing is a very slim volume actually — it’s only like 100 pages or something. But it packs worlds in there. The longer you spend with it, the more complex it becomes, the more varied it becomes. At the outset what feels like a story about racial passing becomes a metaphor for so many different things. Principally, this sort of tension between desire and your convictions or your morals, where the rubber meets the road with those two things, where they don’t match up, whether that makes you repress or not repress — that’s complicated. The only way that complication is revealed in the book is because it’s so simple. 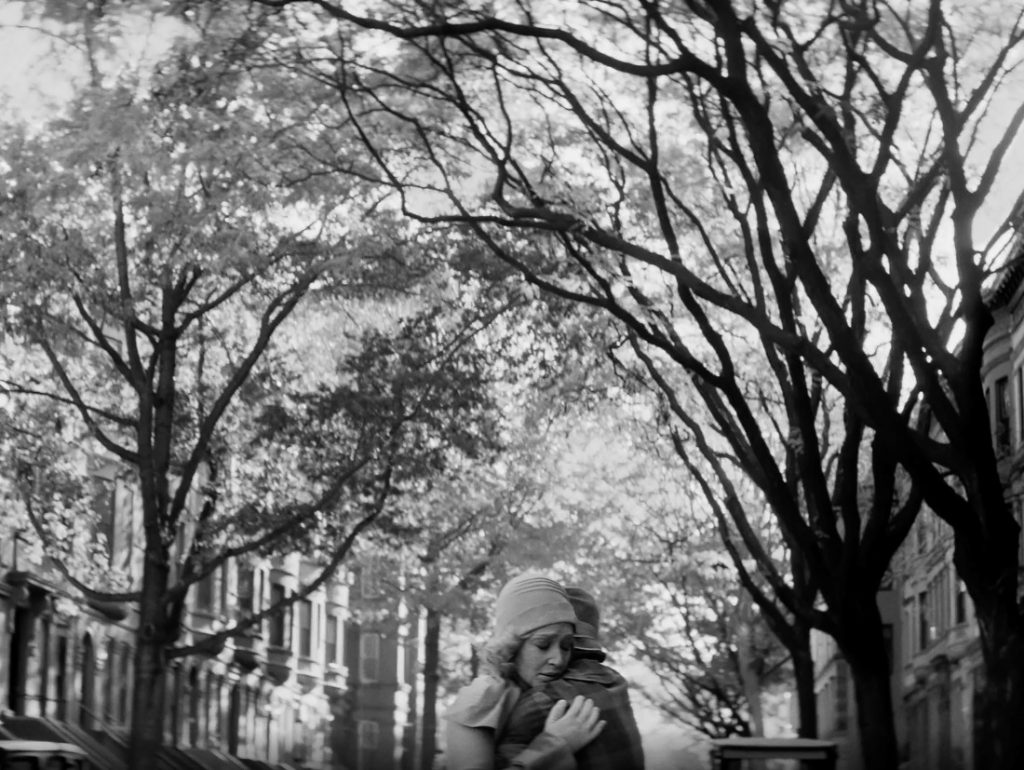 Time allowed me to really pare down the script. Minimalism was the word for me. Yes, this is the Jazz Age, so it should be noisy and loud and packed with life. But we’ve got to maintain this quality of minimalism, because otherwise everything’s not going to sing, there’s not going to be room for all the interpretations.

Since then I’ve written other screenplays, and I have tried to recreate the vomit draft, because I think it is a good idea, especially with a book adaptation, to not consult the book too much, but try and write it as quickly after reading it as possible and see what important things that interest you stick. What are the things that you forget, and do they have value, in that you can revise them after the fact? The vomit draft is very important, regardless of whether it happens completely naturally or whether you force it. But then you get into the nitty gritty of editing drafts, which are very hard work. The draft is fun. The hard work comes after.

Continue for Rebecca Hall on the development of Passing