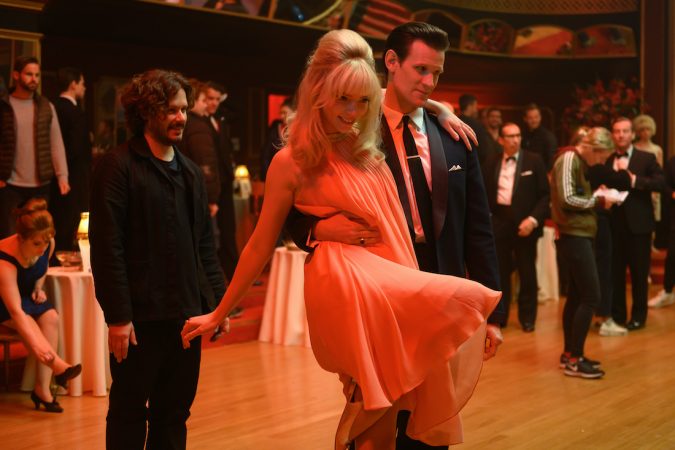 When director Edgar Wright first began writing his psychological thriller Last Night in Soho, he originally intended for scenes with the character Sandie, played by Anya Taylor-Joy, to be silent.

The film’s main character Eloise (Thomasin McKenzie) is new to London’s Soho neighborhood when she discovers a passageway that takes her back in time to the 1960s, where she meets Sandie, a glamorous wannabe singer.

But when Wright shared his ideas with his co-screenwriter, Krysty Wilson-Cairns, one of the first notes she gave him was that Taylor-Joy’s character should have some dialogue.

Wilson-Cairns, who co-wrote World War I drama 1917 with director Sam Mendes and was also a writer on Showtime’s Penny Dreadful, knew that Taylor-Joy’s character needed to have a distinct personality to make the relationship between her and Eloise come across on screen.

“I think I maybe pushed to have the ’60s be really expanded, because for me, female obsession is a very specific thing,’’ added Wilson-Cairns. “It’s not just about how a woman looks. Like I find the women I’m, for lack of a better term, attracted to, or drawn to, it’s not just that they’re beautiful. And sometimes they’re not. It’s more about their intelligence or their personality, or even just how they carry themselves, or their ambition. And I thought, you know, this is a film about a young girl having a girl crush on someone from the past. And that bond is the most important thing in the whole film. And for that to work, we massively expanded Sandie’s character together.”

Catch Last Night in Soho opens in theaters in the U.S. on Oct. 29. More of our interview with Wright, Wilson-Cairns, and McKenzie can be found in our fall print issue, on newsstands Nov. 2.

Princess Diana ‘Would Be Horrified’ at Recent Portrayals, Says Journalist Who Interviewed Her
SCAD Alums Offer Advice for Women Forging Careers in Post-Production