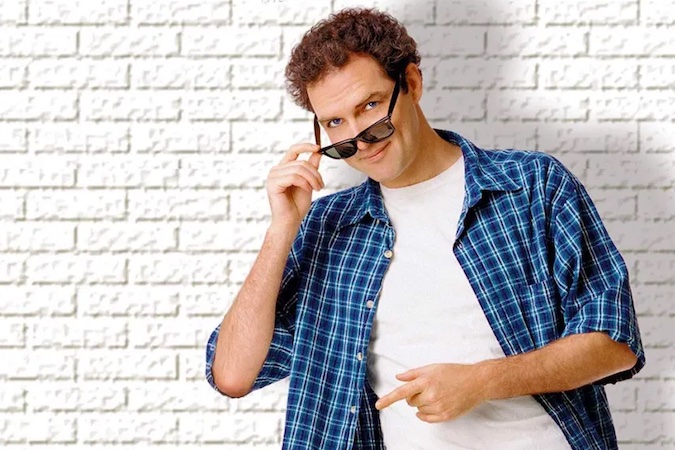 We remember Norm Macdonald with some of his terrific jokes; a new (reputable) crowdfunding idea invites you to get in on the ground floor; Alanis Morissette denounces a new documentary she took part in; film festival news from two beloved New York beach communities. All in today’s Movie News Rundown.

But First: California Gov. Gavin Newsom, who recently signed a bill adding $330 million to the state’s film and TV incentives program, easily survived a recall effort. Probably not because of the incentives problem but I’m sure it didn’t hurt.

A Crowdfunding Idea: This is in its very early stages, but filmmaker Lucas McNelly, who recently wrote this lovely piece for us, is trying to assemble an army (the non-violent kind) of people to help crowdfund indie films. He calls it The Cavalry, and you can read about it — and how to get involved — here.

Alanis Morissette: Hours after the new Alanis Morissette documentary Jagged drew widespread attention for a moment when she discusses sexual abuse, the singer denounced the film for having what she called a “salacious agenda.” She adds: “This was not the story I agreed to tell. I sit here now experiencing the full impact of having trusted someone who did not warrant being trusted.” Here’s her full statement to Variety. Hey, you can always watch the Kenny G documentary instead.

Hamptons: The Hamptons International Film Festival, taking place Oct. 7-13, just unveiled a lineup that includes some of the most anticipated films of the year, including the closing night film The French Dispatch, the Saturday Centerpiece screening of Spencer, and the Spotlight selections Cyrano, The Lost Daughter, Parallel Mothers, Passing, and The Power of the Dog.

Rockaway: The Rockaway Film Festival, now underway until Sept. 19, features in-person discussions with filmmakers including the Oscar-nominated Shaka King (Judas and the Black Messiah), Jane Schoenbrun (We’re All Going to the World’s Fair) and Sky Hopinka (maɬni – towards the ocean, towards the shore). We’re grateful to Schoenbrun for being one of the panelists on our latest list of the 25 Coolest Film Festivals in the World, and Hopkina for serving on the same panel last year.

Grants: The Redford Center, founded by Robert Redford and his son, James Redford, just announced nearly $300,000 in funding for film projects focused on environmental justice — including development grants to Demon Mineral, Impossible Town, Oaklead, and To The End, and impact campaign grants to Razing Liberty Square and We Still Here/Aqui Estamos.

R.I.P. Norm Macdonald: The brilliant comedian, who starred in Dirty Work and bowed to no one as Saturday Night Live‘s Weekend Update anchor, has died at 61 after a long fight with cancer that he kept private for many years. Watching old Norm clips yesterday I laughed harder than I have in a very long time. He could deliver the most perfectly cutting jokes, but never at the wrong person, and the childlike quality to his delivery made everything funnier — as if he discovered the truth of things as he said them. Here are a few of the things he said and did that made me laugh the most.