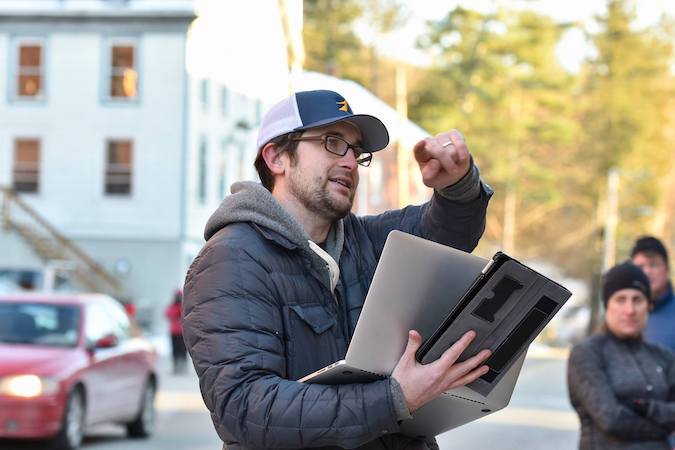 Lucas McNeilly is a Waldoboro, Maine-based filmmaker who is currently crowdfunding his new film, Maine Noir, after a frustrating decade of trying to finish an outdoor thriller called Up Country, about three city guys abandoned in the wilderness on a fishing trip. In the piece below, he explains how he fought depression and other series setbacks to finally finish Up Country.

For a long time, I thought my film career was over.

I had a picture-locked feature on a hard drive, only it had been there for years — so long that people had stopped asking when it would be done, and so long that I assumed they were either mad or disappointed or both.

A lot of filmmakers have some version of this story. After raising a little money in the very early days of Kickstarter, we shot my second feature, Up Country, in the woods of Northern Maine in 2010. It was a quick, guerrilla project, shot almost entirely with natural light from dawn to dusk after hiking a mile into the woods. There was no budget for post, so I edited the film as I traveled around the country working on other indie films.

Every free moment, I chipped away at it, until eventually I had a picture lock. We sent a work-in-progress to a festival and were told we were in. But as I was pricing out flights to mix the sound in Philly, we found out our slot had instead gone to someone else. 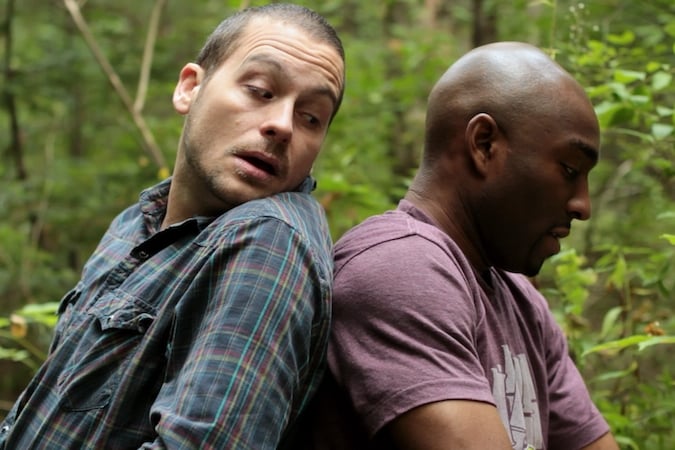 Jonny Mars (L) and Kieran Roberts in Up Country, directed by Lucas McNelly

That broke something in me. The sound guy booked a paid gig instead. So did I. The film went on the back burner. I got married, bought a house, had a kid. The years flew by.

Meanwhile, the hard drive sat on the top shelf of my bookcase. I didn’t even dare plug it in. I had edited it on a copy of Final Cut 7 on an old computer that no longer worked. I wasn’t even sure I could recover the film. Worse, I was terrified to find out. As long as I left it safely out of reach on that top shelf, the possibility remained that I could finish it. But if I found out I couldn’t? That would definitely be the end, and I wasn’t sure I could handle that.

So it sat there.

It was not a good combination.

I’ve always dealt with depression. For the longest time, I assumed it was a New England thing, a lifetime of watching the Red Sox find a way to lose in the end. It would get pushed to the background if I was really busy, like on a film, and I was usually pretty busy, but it would always come back. And without an active project, it got pretty bad.

If you struggle with depression, please get help.

Looking back, it’s pretty clear the issue started before we even shot the first frame. Throwing yourself into work can be a fantastic distraction from whatever is going on in your head and the 50+ hours a week we’re all working tend to keep you busy. Take that away, and you’re asking for a crash. It’s not a good system and it’s really easy to let that take over. There’s long stretches since we wrapped that shoot that I don’t even remember, punctuated only by life events that stand out.

It quickly becomes a multi-year blur. A friend read a draft of this and pointed out that I was essentially off-the-grid for a year and I didn’t even realize it.

I’ve had a handle on the depression for a couple of years, but still needed that push to get the film finished.

Ironically, it was the pandemic that did it. Maybe it was the sudden collapse of everything. Maybe it was the idea that I might catch a deadly disease at the grocery store: Life suddenly felt a lot shorter. Or maybe it was just that I had more time on my hands. But I was able to get myself to a place where I could rip off the Band-Aid.

And, you know what? It wasn’t that bad. There were some good-natured jokes, but the cast and crew weren’t mad at me. The Kickstarter backers weren’t mad at me. In fact, they were happy to hear from me. Dustin Pearlman, our amazing director of photography, found a computer that was still running Final Cut 7. We got the sound mixed over email (don’t mix your sound over email. It takes forever). It took nearly a year, but we got it finished.

Now we have a film that’s ready for the festival circuit and hopefully it’ll find an audience.

I’m here to tell you that the project that’s looming over you? It isn’t as bad as you think. No one is angry at you. In fact, they’re probably rooting for you to finish it (some of them might just be jerks). The thing that’s holding you back could just be you. So do what you’ve got to do to get yourself in a place where you can attack that abandoned project and just do it. If it’s depression, go see your doctor. Get on medication and then find a combination that works for you. But take care of yourself first.

I don’t want to brush this away like some yoga group on Facebook. No matter how mentally strong you think you are, depression can derail you. It can knock you out and take you to the edge. Maybe you’ll stay in bed for a week or maybe you’ll stand on a bridge, wondering how cold the water is. But it can take you out. You might think there’s no solution and maybe there isn’t (and there probably isn’t on Facebook), but give your doctor and your loved ones a shot at it. And if that doesn’t work, go borrow someone’s dog. I find running helps, too.

The minute I ripped off that Band-Aid and found out the film wasn’t lost, the writer’s block went away. Poof. Gone. Since then, I’ve written two feature scripts and started developing a limited series. It’s just been a flood of ideas, like they were sitting there waiting for permission to exist. There’s a real feeling of needing to make up for lost time. As the founder of MovieMaker Magazine once told me, you’ve only got so many peak filmmaking years.

So it’s time to get back to work. One of my new scripts, Maine Noir, a modern noir about a woman who finds $3 million hidden in the walls of her house, is currently crowdfunding on Seed&Spark. We’re raising $45,000 to shoot it later this summer in my hometown of Waldoboro, home of the five-masted schooner and Moody’s Diner, among other things. 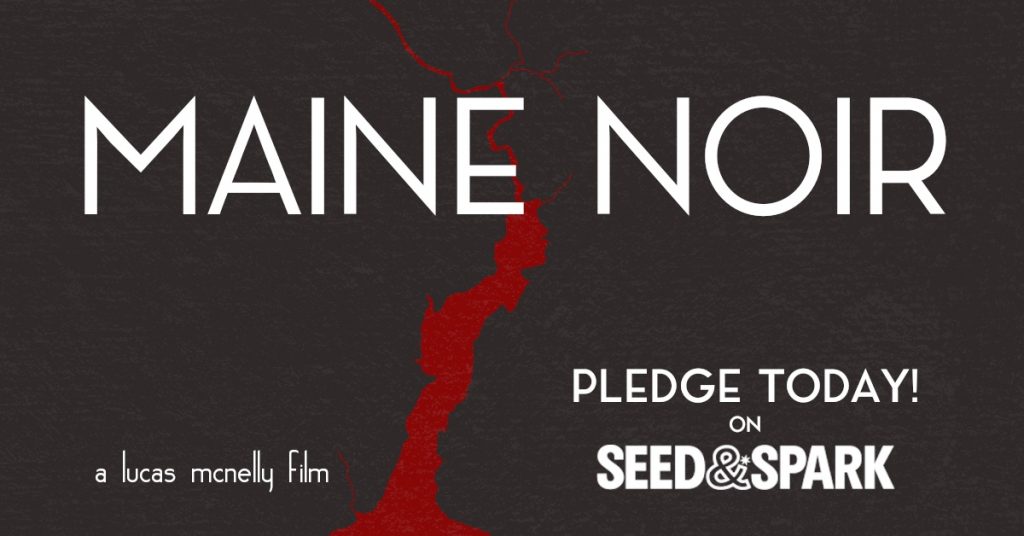 Maine Noir is a throwback to those noirs from the ’40s and ’50s where you get the sense they were being made on the backlot while no one was paying attention. I think those directors would make some fantastic films on their iPhones if they were alive today. It’s a fun script in a beautiful part of the country and we’re going to make it happen with the help of the indie film community.

Check out the campaign. I promise this one won’t take so long.

You can learn more about Up Country, Maine Noir and Lucas McNelly’s other work here.

Misha and the Wolves on Netflix: Who Is Misha Defonseca and Where Is She Now?
Demonic Director Neill Blomkamp and In the Earth Director Ben Wheatley on Humanity’s ‘Really Dangerous Path’