In Listening to Kenny G, a Smooth Jazz Icon Shakes Off the Haters 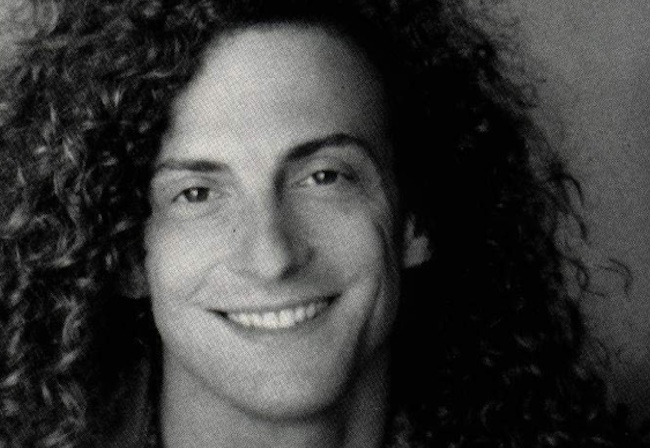 Filmmaker Penny Lane has a knack for making sympathetic documentaries about reviled and seemingly irredeemable people — her last one was about Satanists. Her latest takes on someone even more divisive: Kenny G.

I kid, of course. While Listening to Kenny G, premiering at the Toronto International Film Festival, recounts a barrage of insults fired at the smooth jazz sensation, it also becomes clear that Kenny G needs no redemption. He’s done a great job rehabbing his own image, through social media acumen, collaborations with modern stars like Katy Perry, Kanye West and The Weeknd, and his own undeniable work ethic.

At least in the film, he seems pleasantly open to self-examination. He’s neither humble nor braggy, but gives give himself credit where it’s due. He says he still practices sax three hours a day, even after selling more than 75 million records, making him arguably the most successful jazz artist of all time. (I say “arguably” because many critics, some of whom are featured in the doc, don’t consider his music jazz.)

Yes, his songs are smooth, easy listening — but as Kenny G makes  clear, he believes those are good attributes. You won’t be surprised to learn that Kenny G is a bit of a people pleaser.

Lane welcomes esteemed jazz critics who make cogent arguments that the man born Kenny Gorlick frustratingly ignores more than a century of jazz music to make hits like “Songbird” and “Silhouette” that have no relation to the works of great jazz saxophonists like Ornette Coleman and Charlie Parker. (At one point, Kenny G — gasp — fails to recognize an image of Thelonious Monk.)

But before you join the scolds, Kenny G owns up to the fact that he was never that into jazz, and grew up more interested in smooth R&B — think of the exquisite Bill Withers-Grover Washington Jr. collaboration “Just the Two of Us.”

Later, we see him at least try to use his powers for good, but shoehorning a playful “sax education” course into recent performances, and trying to turn his fans on to artists like Stan Getz. (Though not everyone loves him paying homage to Louis Armstrong with a duet from beyond the grave. Judge for yourself.)

The doc also artfully addresses the accurate observation that Kenny G is the latest in a long line of white artists who made millions smoothing out the edges on a Black art form to make it more palatable for the masses. After saying, a little astonishingly, that he hasn’t really thought about it, Kenny G addresses this criticism directly, and, I think, respectfully.

Meanwhile, footage from his concerts speaks for itself: As much as his haters might like to think his audience consists entirely of middle-aged white people waiting in elevators and dentists’ offices, his fans undeniable cross all demographic lines. (The film also explains how Kenny G’s undeniably lovely “Going Home” has become China’s official song, of, well, going home.)

The film is executive produced by The Ringer creator Bill Simmons, who has a deal with HBO to produce music documentaries, and is off to a strong start. Another TIFF film to come out of that collaboration is Jagged, an Alanis Morissette documentary drawing lots of press attention this morning.

Lane, whose 2019 film Hail Satan? is the funniest documentary I’ve ever seen, says in an introductory video for TIFF that she made Listening to Kenny G to investigate why some art is considered good and other art is considered bad — and the feelings you feel upon finding out someone hates your favorite artist.

The moral of the story might be that hate is even worse than the worst smooth jazz.

Main image: Kenny G on the cover of his 1992 album Breathless.