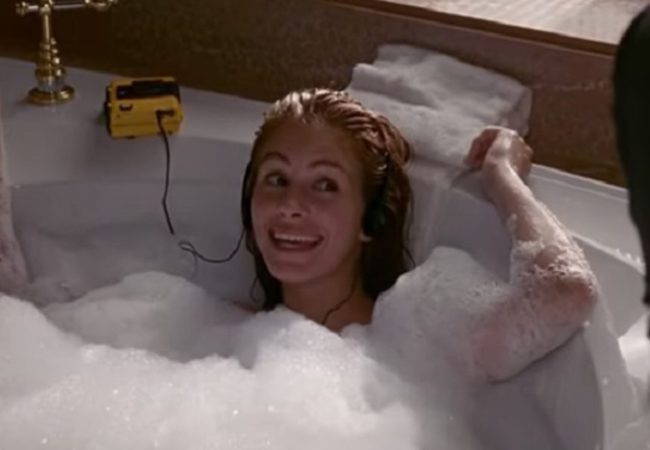 Oscar ratings are way down, and some prominent pop culture critics blame un-fun movies. These people are forgetting a kind of big thing that happened in 2020. Also: We’d like to help you make your movie. All in today’s Movie News Rundown.

But First: Master of None is back, with less Aziz Ansari and more cottage core.

How Can We Help You?: Whether your film is in pre-production or close to the finish line, we want to help. MovieMaker Production Services can help double your spending power through partnerships with post facilities, PR firms, and others who can help you complete and sell your film. We’ve already helped hundreds of filmmakers stretch their budgets. Learn more at MovieMaker Production Services via Film Freeway. The early submission deadline is this Friday.

Oscar Viewing Plummets: “The Academy Awards television audience plunged to 9.85 million viewers on ABC, less than half of the Oscars’ previous low and continuing a startling trend of viewer tune out for awards shows,” reports The Associated Press.

May I Editorialize? I agree with people who think Oscar ratings go down when fewer people go to the movies. And I see that total box office was down in 2020 by more than 80 percent… for some mysterious reason.

The Only Possible Explanation: Movies simply aren’t as fun as they used to be.

Is Anyone Really Making That Argument? Yes. The New York Times‘ Maureen Dowd wrote, just before the Oscars, that movies have lost their way. “What Hollywood is forgetting, to its own peril, is that it’s show business, and it needs to find a way to marry its past storytelling chops with the exciting new forces of its future.” She quotes Bill Maher, who asks: “Would it kill you once in a while to make a movie that doesn’t make me want to take a bath with the toaster? … Academy nominations used to say, ‘Look what great movies we make.’ Now they say, ‘Look what good people we are.’”

May I Editorialize? Bill Maher is a dull know-it-all, but he has a point about people confusing good intentions with good art. And while many films and even more TV shows have tiresome virtue-signally agendas, this year’s Best Picture nominees aren’t good examples. Director Chloé Zhao deliberately avoided lectures in Best Picture winner Nomadland, saying, “I don’t make films about politics. I like to present you the reality of the lives people live, and I like for you to take away your own interpretations.” (That frustrated critics of Amazon, but oh well.) Meanwhile, what are the preachy moral agendas of Mank? Minari? The Father? Sound of Metal? I’ll concede that The Trial of the Chicago 7 wants to teach us lessons. But Judas and the Black Messiah simply presents the facts of what happened to Fred Hampton, and they speak loudly for themselves. And while I’ve heard from men who haven’t seen the great Promising Young Woman that it’s anti-male (it isn’t), I’ve also seen criticism that it does a poor job of advocating for assault survivors. That kind of debate happens when a film defies easy classification. It’s more of a Hitchcockian thriller than a lecture.

The Numbers: People who argue that moviegoing was on the decline even before COVID-19 always seem to forget that 2018 was the biggest year at the box office in modern history, per BoxOfficeMojo, and that 2016 was second, and 2019 was third. Audiences seemed pretty excited by the theatergoing experience before we all just decided to stop going to movies in 2020 for some reason. Movies suddenly became bad, I guess.

But Seriously, Folks: The very obvious reason box office was so far down in 2020 is that studios opted not to theatrically release the kinds of feel-good movies that typically make a lot of money — because theaters were closed. Not much point in releasing a crowd-pleasing blockbuster when there aren’t any crowds, Bill. If not for COVID-19, Chloé Zhao’s big 2020 movie might have been The Eternals, a Marvel superhero film originally scheduled to come out last November.

Comment of the Day: “Tyler Perry’s was the best speech at the Oscars in years, if not decades,” says Tom Peterson, commenting on a speech in which Perry pleaded for people to reject hate and meet in the middle.

Main image: Julia Roberts in Pretty Woman, about a sex worker in a power-imbalanced relationship with a Wall Street one percenter, back when Hollywood made fun movies.