Master of None is back, and you better believe it’s bringing all the cottagecore vibes for Season 3.

Netflix released the first teaser for the new season, which premieres on May 23 and this time centers on the relationship between Denise (Lena Waithe, who co-writes and executive produces)  and her partner Alicia (Naomi Ackie, who you may recognize as Bonnie from the last season of The End of the F***ing World).

For those who aren’t familiar with the term “cottagecore,” it’s just a cutesy name for an internet aesthetic popular among Gen Z-ers on TikTok that describes what one might imagine seeing on a rural farm during a simpler time, long before technology. It’s soft and delicate, with lots of milkmaid braids, floral dresses, flower crowns, wicker baskets… you get the picture.

Based on the teaser, which you can watch above, the new season appears to be set in a beautiful little cottage that looks like it was plucked right out of the English countryside, complete with a cozy fireplace and grandma-and-grandpa style armchairs. If that wasn’t enough to make cottagecore TikTok teens tremble, it’s also bursting with well-tended house plants — and you know the bathroom has delicate floral wallpaper and a candle-lit bathtub big enough for two.

Also Read: 50 Film Festivals Worth the Entry Fee in 2021, Presented by FilmFreeway 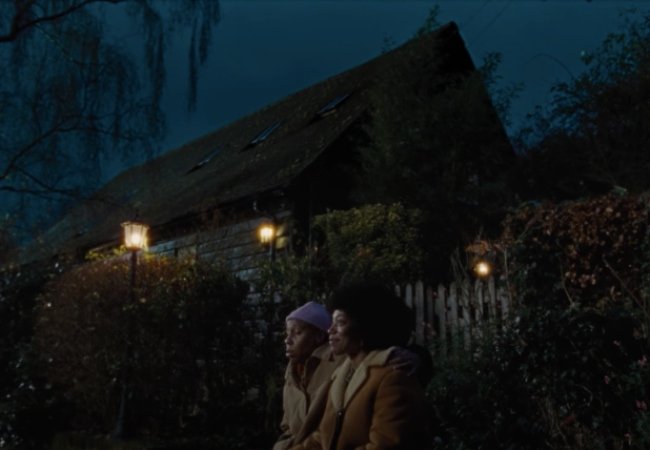 Lena Waithe and Naomi Ackie in Master of None: Moments in Love courtesy of Netflix.

It’s been so long since the last season of Master of None premiered — way back in 2017, which feels like a lifetime ago now — that you’d be forgiven if you assumed it had been canceled. But Season 3 is almost here, and it means business. While it is co-written and directed by Aziz Ansari, he won’t be the star of the show this time around — although one shot of him in the teaser assures us that he does still do some acting in it.

Here’s how Netflix describes Season 3, which is called Moments in Love: “This new season is a modern love story that intimately illustrates the ups and downs of marriage, struggles with fertility, and personal growth both together and apart. Fleeting romantic highs meet crushing personal losses while existential questions of love and living are raised.”

Netflix also reassures us that while the new season is definitely a departure from Season 1 and 2, it “delivers an evolution of the series that remains tethered to previous seasons while breaking new storytelling ground of its own.”

In the four years that the show has been off the air, Ansari faced a #MeToo accusation from a woman by the pseudonym Grace, who described a date with Ansari as “the worst night” of her life in a 2018 story from the now-defunct website babe.net in which she accused him of attempting to pressure her into sex. 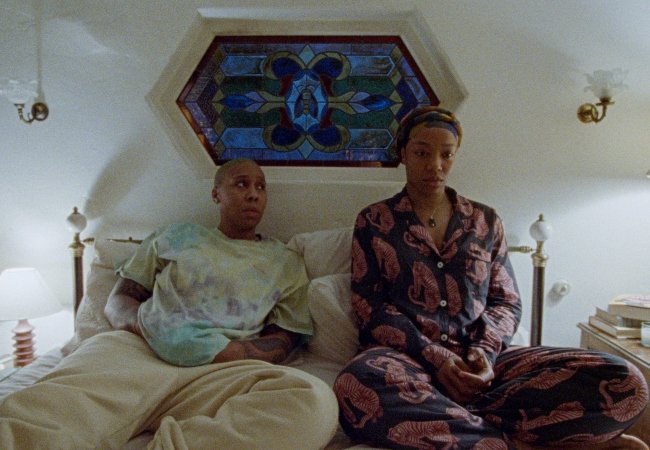 Lena Waithe and Naomi Ackie in Master of None: Moments in Love courtesy of Netflix.

The story went viral, and Ansari released a statement in response at the time in which he said that after their date they “ended up engaging in sexual activity,” that he said “by all indications was completely consensual.”

Ansari stayed out of public view for a few months, but in 2019 addressed it in his Netflix comedy special Right Now, directed by Spike Jonze.

He also said that the experience was valuable because it made other men think twice about the way they treat women.

“I always think about a conversation I’ve had with one of my friends where he was like, ‘You know what, man? That whole thing made me think about every date I’ve ever been on,'” Ansari added.

He ended the special with a whispered reminder: “All we really have is the moment we’re in, and the people we’re with.”

Season 3 of Master of None premieres May 23 on Netflix. Main Image: Cottagecore aesthetic on full display in this production still from Master of None: Moments in Love, courtesy of Netflix.

Tyler Perry’s Oscar Plea to Reject Hate: ‘Meet Me in the Middle’
The Meeting Director on Casting a Survivor of Sexual Assault as Herself