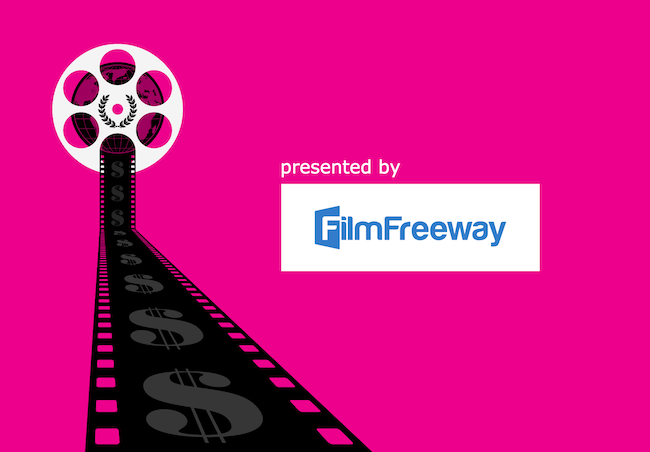 The 2021 film festival landscape is all about recovery, and almost every festival expects this year to be better than 2020. We compiled this list of the 50 Film Festivals Worth the Entry Fee by evaluating questionnaires from programmers and festival directors, and conducting our own independent reporting.

Most of the festivals on our list went hybrid last year, combining a few socially distanced outdoor projections and drive-in screenings with full-coverage online platforms. The hybrid model had the unexpected benefit of making many festivals far more accessible. All but a few organizers plan to remain at least partially online in 2021, whether or not it’s safe to return in person.

While some festivals like Locarno and Calgary Underground downsized in 2020, programming intimate, inward-looking retrospectives, others, like Evolution Mallorca and Nevada City, increased their scope and audience sizes. FilmQuest and the Ashland Independent Film Festival are both planning two festivals in 2021, to make up for their setbacks in 2020.

Some festivals — Ann Arbor, Cucalorus, and Camden International among them — committed to moviemaker support programs, from revenue-sharing on ticket sales, to disbursing unused airfare and lodging budgets, to paying out screening fees. Given all the struggles that film festivals have endured in the past year, we’re more proud than ever to share our annual list of 50 Film Festivals Worth the Entry Fee. 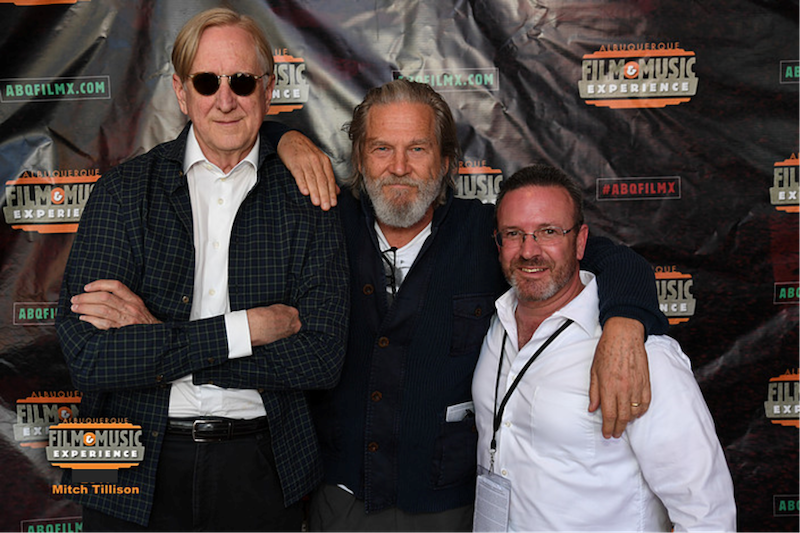 Albuquerque is almost entirely submission-based, with an acceptance ratio last year of 70 films from just 250 submissions, so the odds are in your favor. Albuquerque Film & Music responded to New Mexico’s March lockdown orders by building a dinner and drive-in screening program, in collaboration with O’Niell’s Pub, that stretched throughout the spring and summer to culminate in the fall fest. Executive director Ivan Wiener says he plans to retain its full virtual capacities for 2021, including the film program and the Intimate Conversation Series, which has hosted the likes of Marisa Tomei, Robert Redford and Sophia Loren.

The Ann Arbor Film Festival is the one of the oldest and most established fests on this list. “Bending minds since 1963,” this college-town festival regularly screens over 150 films, archival works, animated shorts, home movies, and found-footage projects each year. AAFF seamlessly pivoted its March 2020 festival to virtual in a matter of 10 days, and for any inconvenience that might have caused, made the whole thing free. 2021 will go hybrid and the fees are back on, but you can feel good about paying them — AAFF distributes $23,000 in cash and tech consignments, including film stock, camera equipment, and digital scanning services, to participants. Lawrence Kasdan and Ken Burns sponsor annual awards for narrative and documentary films, respectively.

The Ashland Independent Film Festival isn’t the only organization on this list planning two festivals this year, but it is the only one planning them simultaneously in two cities. AIFF postponed its in-person five-day April 2020 festival and re-emerged in June as a three-week celebration on Eventive. This year, it is planning a virtual festival in April, and an in-person festival in June, which will include nightly screenings in two parks in Ashland and Medford (only a 20-minute drive north). Ashland is an eclectic, hidden gem of a city, and each spring, AIFF’s organizers transform its downtown into a sprawling, walkable celebration. AIFF specializes in documentaries, screening a mix of true indies and highly anticipated titles with locked-in distribution — Garrett Bradley’s Time, for example, had its Oregon premiere at AIFF. 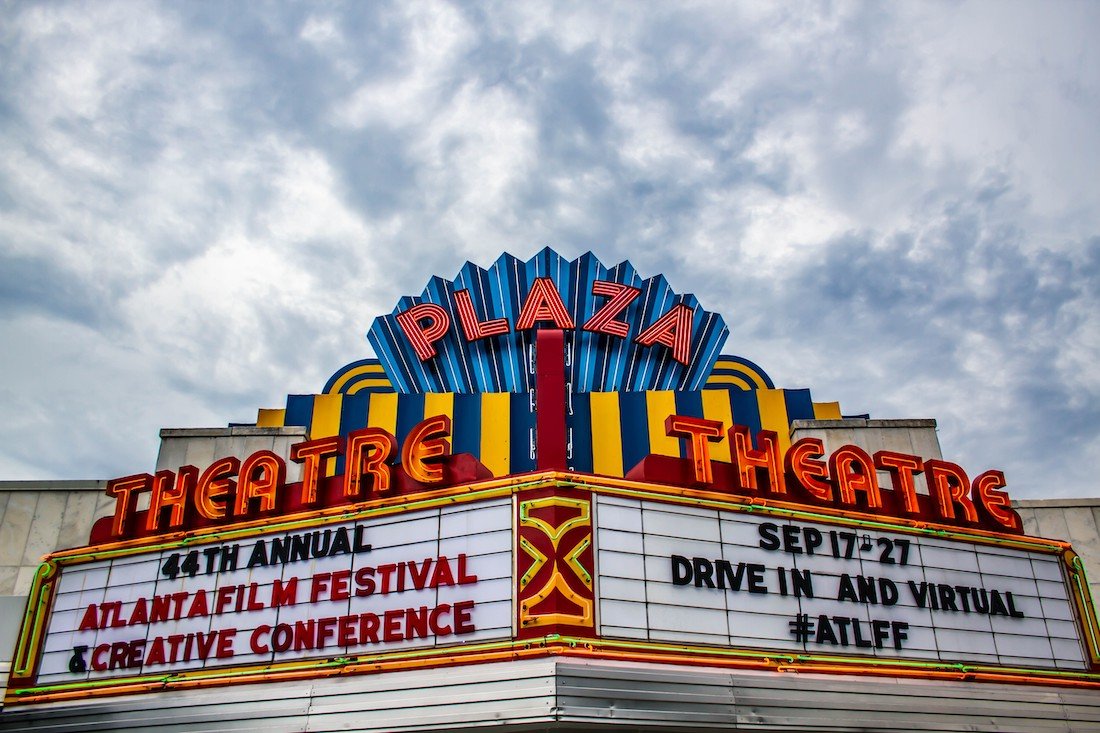 The Atlanta Film Festival takes place every year in the spring, sparing the thousands of eager attendees from the Georgia summer. Last year, AFF packed up the April-May fest and moved it to September, and the rollout of the new hybrid event was well worth the wait. Across 11 days, it hosted almost 200 online showcases, nearly 40 virtual panels, and drive-in screenings at three venues — including that converted rail yard we mentioned in the introduction to this piece. AFF strives for at least 50% of its films to be made by women, and 50% by people of color. Associate director Cameron McAllister plans for AFF 2021 to go hybrid whether or not it is safe to fully return in person, because of the greater access that virtual screenings provide. Of course, making it through the narrow bottleneck of 150 films from 8,500 submissions isn’t easy, but it’s worth the hustle for the chance to rub shoulders with industry delegates from places like NEON, Sony and Vice. 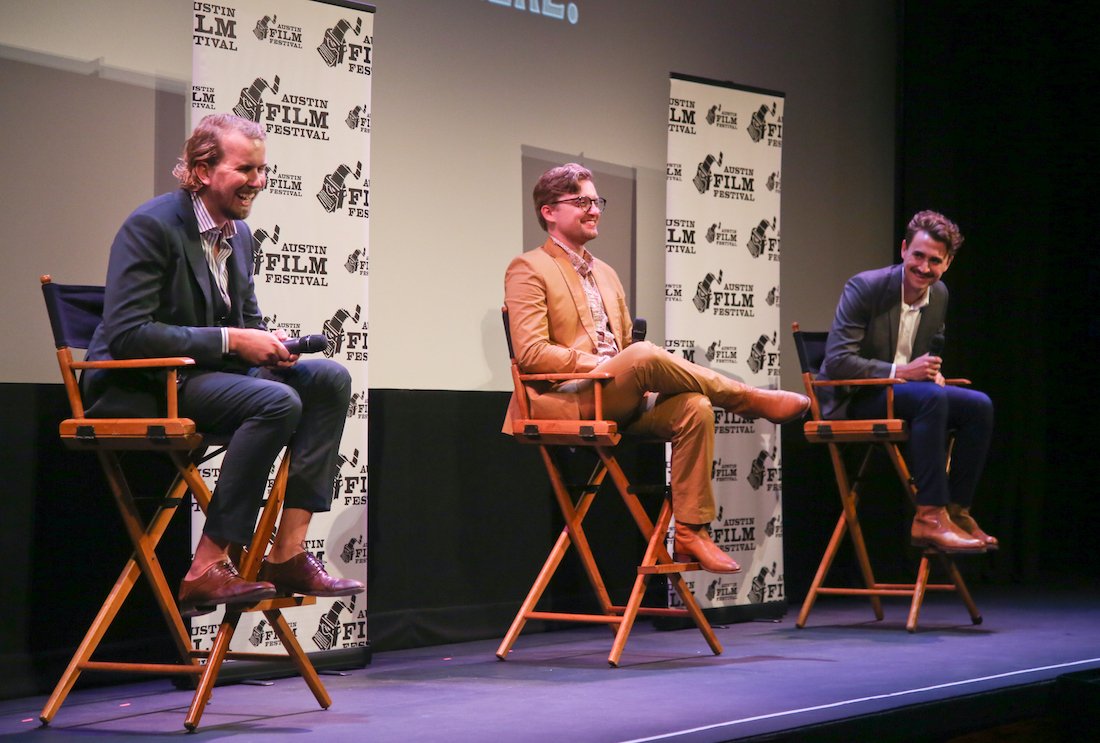 Many moviemakers realized for the first time how serious COVID-19 was when SXSW, one of the American independent film market’s vital organs, was cancelled by the city of Austin. Casey Baron, senior film program director of the Austin Film Festival and Writer’s Conference, seized on the news as a reason to organize even harder: “Every passing day and week thereafter treated us with new digital exhibition platforms to explore and dire outcomes to beware.” AFF actually never stops running, with its loaded calendar of annual events, from virtual script reads to shorts showcases (usually featuring industry attendees) and reps roundtables. But each October — last year virtually, and this year the plan is to be hybrid — you can experience a five-day screenwriter’s bootcamp, with over 175 panels, pitch sessions and Q&As within an eight-day festival screening more than 100 films across 10 competition categories.

The BendFilm Festival in the pastoral, riverside city of Bend had a leg up heading into quarantine: BendFilm has been a hybrid in-person/online festival, utilizing the Eventive platform, since 2016. To ensure the smoothest transition to complete virtual reality, it hired a dedicated technical director to oversee the jam-packed calendar of screenings and signature events, like the First Feature program, in which successful, working moviemakers screen and discuss their first forays into feature filmmaking. This year, BendFilm featured Captain Marvel co-directors Anna Boden and Ryan Fleck, Support the Girls director Andrew Bujalski, and Adventure Time Emmy winner Kent Osborne. In a normal year, it hosts a citywide stretch of social events, geared toward connecting moviemakers with powerful distributors, producers, programmers and critics in affable environments.

Held every year in February, Big Sky is the rare fest on this list that slipped in just ahead of the shutdowns to hold a full, bustling, in-person festival in 2020. In 2021, the festival team exhibited 75 official selections on Eventive, hosted a DocShop conference through livestream events and Zoom webinars, and made the Big Sky Pitch (an annual works-in-progress pitch session, juried by representatives from Magnolia Pictures, the Sundance Institute, and the Ford Foundation) admission-free and easily streamable. Missed 2021? 2022 planning is already underway, says executive director Rachel Gregg. A full virtual component is expected to guarantee the expanded access that made 2021 such a hit. 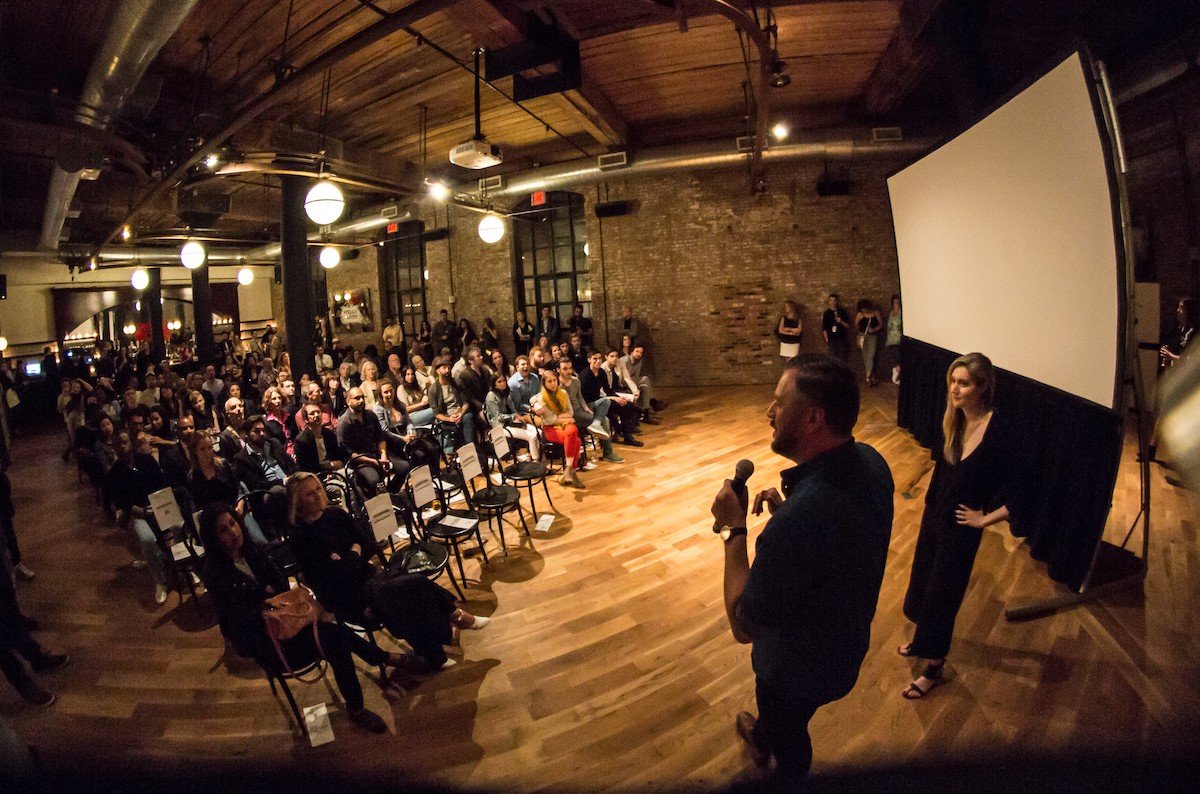 The Brooklyn Film Festival built out its online infrastructure in an impressive way to accommodate the entire 154-film lineup for a virtual edition of its 2020 fest. All films and events were offered free of charge, and each film was available for 10 days. Streaming brings legal and logistical hurdles, and executive director Marco Ursino has a simple guiding philosophy: “I personally try my very best to keep film screenings as open as possible to as many people as possible.” 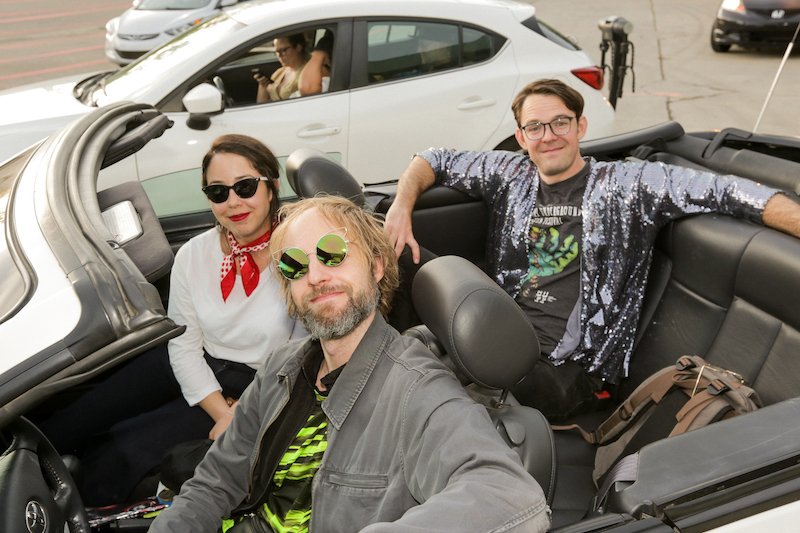 Originally scheduled for March 2020, the Calgary Underground Film Festival shifted to an online/drive-in hybrid event and thoughtfully downsized, opting to focus on intimacy and accessibility. The offbeat fest is dedicated to everything genre, experimental and weird, and over its 18- year run it has become three-pronged — it offers a narrative short and feature fest, the CUFF.Docs Documentary Film Festival, and a year-round program of screenings and special events under the moniker Off the CUFF. CUFF’s press office has a reputation for thoroughness and vigor — thanks in part to an annual practice of supplying all moviemakers and distributors with story pitches and media-screener links well in advance. Despite the pandemic, TV, radio and web coverage of the festival has increased 47% since 2019. 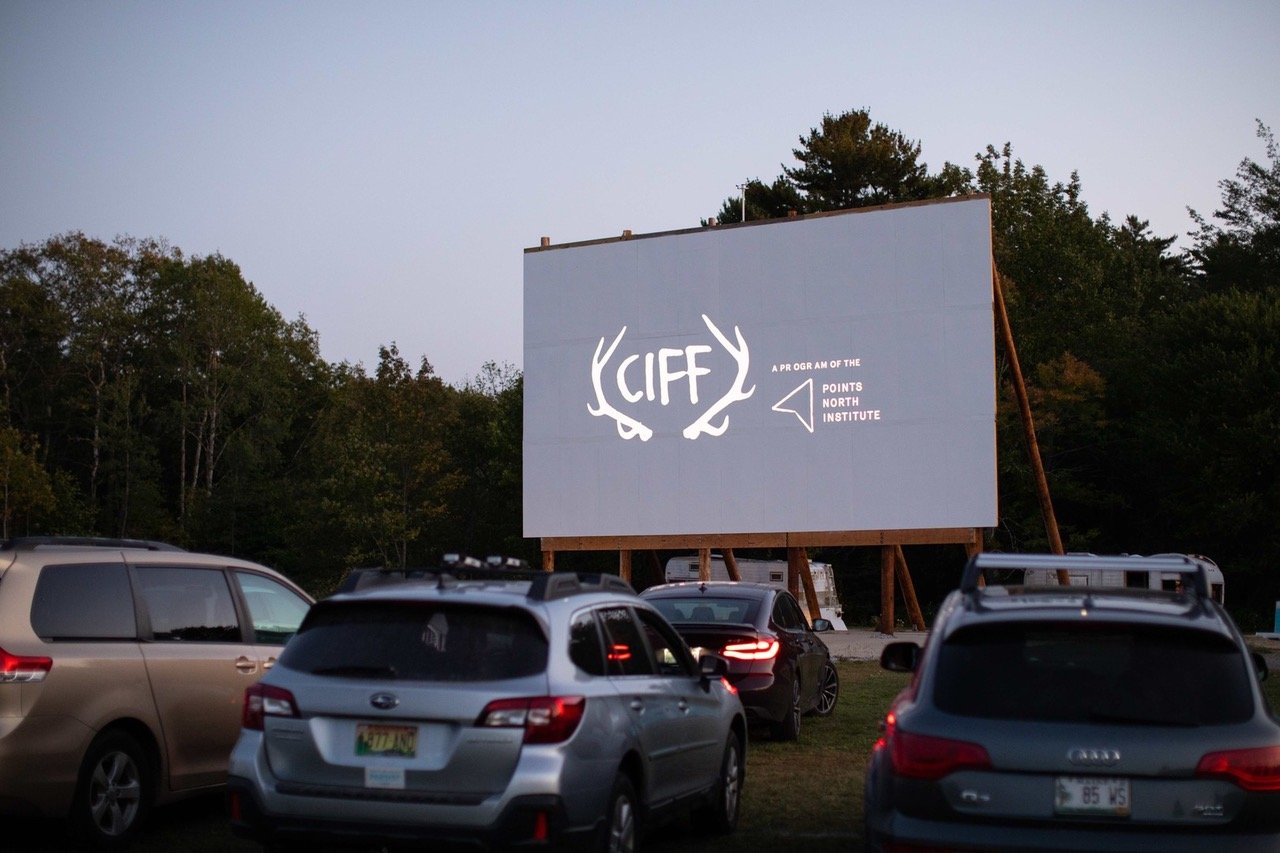 Representatives from major production companies, financiers, sales agencies and film festivals from across the documentary world flock each year to beautiful Camden, on Maine’s rocky Atlantic coast. CIFF’s main lure is the Points North Forum, an extended conference featuring upwards of 15 workshops, panels, and masterclasses like the Points North Pitch, one of the largest documentary pitch sessions in North America. The Forum was bigger than ever in 2020, and included 17 livestream sessions over six days, attended by representatives for Disney+, Film Fund and Participant, among others. It was all online and free. 2020’s expanded virtual access will carry over into the 2021 fest, and so will the Filmmaker Solidarity Fund, an initiative launched during the pandemic that pledges to share 50% of net proceeds from CIFF ticket and pass sales with all participants.