Oscar Isaac Is in Everything; Coppola’s Dream, Bong Joon-Ho Optimism 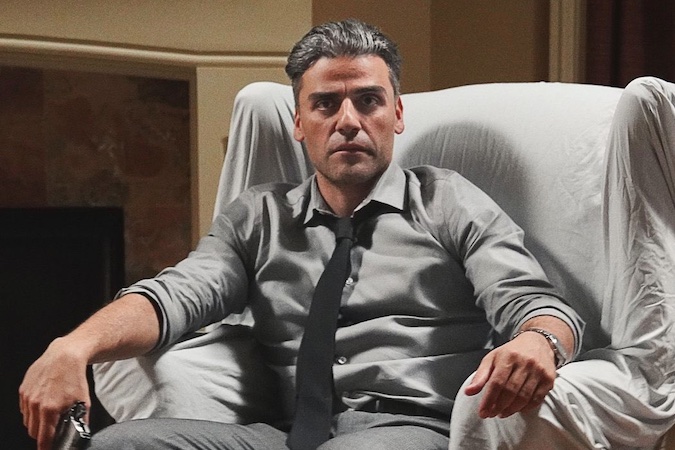 Francis Ford Coppola is ready to bet big on a dream project; Bong Joon-Ho has high hopes for cinema; Venice Film Festival heavy hitters and hidden gems; and Festival of Cinema NYC’s offerings include a Drunk Bus and a great funeral. Plus: Oscar Isaac may soon both appear in a Coppola film and play Coppola, among other roles. All in today’s Movie News Rundown.

But First: Our list of screenwriting competitions to enter in September is very close to publication and I’m excited about it. Should we all commit to finishing a screenplay this month?

Francis Ford Coppola: The 82-year-old Godfather genius is willing to spend his own money to produce his own dream project, the sci-fi epic Megalopolis, Deadline exclusively reports. It’s a really good piece, so you should really just go read it.

Okay, We’re All Still Here: Long story short, Coppola is “discussing roles” with include Oscar Isaac, Forest Whitaker, Cate Blanchett and Jon Voight, and hoping to also cast Zendaya, Michelle Pfeiffer and Jessica Lange, Deadline says. Most intriguingly, he would reunite with Godfather star James Caan. Coppola’s team actually shot some footage for the film more than 20 years ago, but stopped because of 9/11, and the director tells Deadline that completing Megalopolis “has become like a religious war, in that it’s not about anything logical.”

‘This Was a Test’: Bong Joon-Ho, president of the jury at the 78th Venice International Film Festival, shared some perspective and optimism about the state of movies. He said of our pandemic times: “It feels like this was a test, and what it has shown is the life force of cinema. … As a filmmaker, I don’t believe the history of cinema could be stopped so easily, so COVID will pass and cinema will continue.” Here’s more from The Hollywood Reporter.

Keep Counting: Not one for slowing down, Paul Schrader is hard at work on his next film, Master Gardener, Deadline exclusively reports. It will star Joel Edgerton as a horticulturist for a massive estate who also tends to the needs of a wealthy woman played by Sigourney Weaver. Then she demands he take take on her troubled niece, Deadline explains.

Oscar Isaac: Just mentioning here that he’s in Dune, The Card Counter, and, hopefully, Megalopolis. And he’s slated to play Francis Ford Coppola in Barry Levinson’s upcoming Coppola-approved new movie about the making of The Godfather.

Hidden Gems: Variety has this great list of Venice films that are still for sale. I’m most intrigued by Django and Django: Sergio Corbucci Unchained, in which director Luca Rea interviews Quentin Tarantino and others about Corbucci, director of the 1966 Django and other Westerns.

Festival of Cinema NYC: The Queens-based Festival of Cinema NYC is returning Sept. 24 through Oct. 3 as a live, in-person event, featuring 120 independent films from around the world. The Opening Night selection is Drunk Bus, from John Carlucci and Brandon Laganke, about a recent college grad/bus driver whose life plan is suddenly derailed — and then redirected with help from a new security guy named Pineapple. The filmmakers will be in attendance. The Closing Night selection is the Queens premiere of Erin Granat and Machete Bang Bang’s acclaimed LGBTQ film, Moon Manor, about a man with Alzheimer’s who decides to plan his own funeral… and make it a FUNeral. Here’s more information on the whole event and its COVID-19 precautions. Also I used to live in Queens and wholly endorse the entire borough. The festival is in Forest Hills, which is one of the nicest parts.

Drunk Bus: Here’s the trailer for the looks-fun Drunk Bus. Spoiler warning: There is a bus in it.