The Power of the Dog Trailer: Benedict Cumberbatch Plays a Cruel Cowboy in Jane Campion’s Return

Cumberbatch plays the “brutally beguiling” Phil Burbank, according to Netflix, which will stream the film on Dec. 1 after a theatrical run that begins Nov. 17. You can watch the trailer above or here.

Phil Burbank can “castrate a bull calf with two swift slashes of his knife,” according to the press notes. “He swims naked in the river, smearing his body with mud. He is a cowboy as raw as his hides.”

Accompanied by his brothers, he taunts a widow named Rose (Dunst), bringing her and her son to tears. But his brother George (Plemons) comforts and eventually marries her.

But Phil’s mockery continues, and he soon turns his attention to her son, Peter (Smit-McPhee), and takes the youth under his wing. Still, his motives remain menacingly in question.

The film is one of Netflix’s big swings for next year’s Oscar season, and follows the pattern of past Netflix Oscar contenders like Roma, The Irishman, Marriage Story and Mank of enjoying a short theatrical release before coming to streaming. Its world premiere will be at the Venice Film Festival next month.

Campion won an Oscar for screenwriting in 1994 for The Piano, which also won Best Actress for Holly Hunter and Best Supporting Actress for Anna Paquin, becoming the second-youngest Oscar winner ever at age 11. (Jackie Cooper still holds the record for winning an Oscar at age 9 in 1931.)

While The Power of the Dog is her first feature in 12 years, she received widespread acclaim for the 2013-17 miniseries Top of the Lake.

Rounding out the Power of the Dog cast are Frances Conroy, Keith Carradine, Peter Carroll and Adam Beach.

The film is produced by Emile Sherman, Iain Canning, Roger Frappier, Jane Campion and
Tanya Seghatchian, and the director of photography is Ari Wegner. The music is composed by Radiohead guitarist Jonny Greenwood, who was nominated for an Oscar for his work on Paul Thomas Anderson’s Phantom Thread. He also collaborated with Anderson on The Master, Inherent Vice and There Will Be Blood.)

The Power of the Dog, directed by Jane Campion, will be released in select theaters on Nov. 17 and on Netflix on Dec. 1.
Here is the poster: 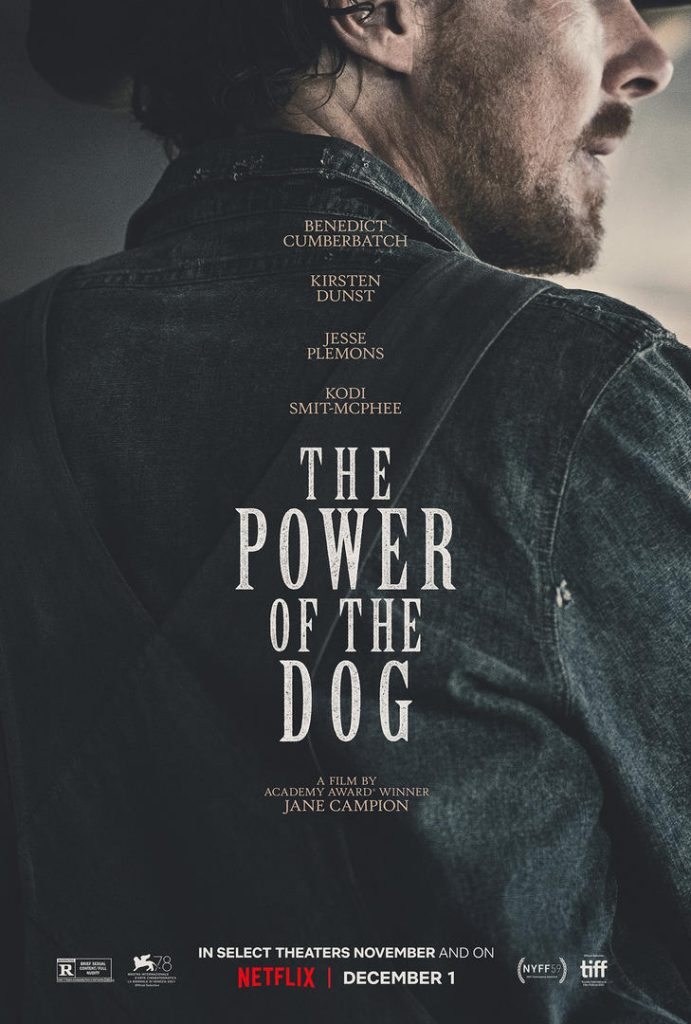