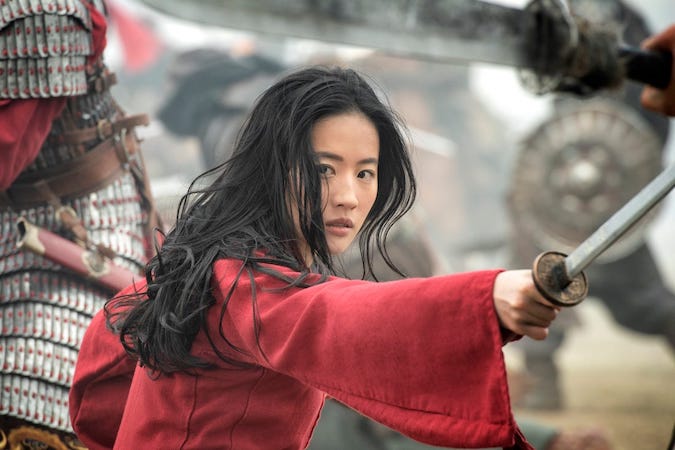 In today’s Movie News Rundown: Things don’t look great for the Mulan release date; how a Spike Lee movie spurred the FBI to action; and Gone With the Wind is back with caveats. Also, a question for you: Would you go to a movie theater now? Tell us in the comments section below.

Mulan Release in Jeopardy? Sources tell The Hollywood Reporter that the July 24 release date for Mulan may be pushed because of an upturn in the number of COVID-19 cases nationwide. The U.S. reported a record Wednesday for new cases — 36,880, according to the New York Times. Obviously a movie release date is the least of our problems, but the surge isn’t great news for the July 31 Tenet release date, either. Deadline agrees that it would “not be a shocker” if Mulan moves.

Would you Go to a Movie Theater Now? Tell us in the comments. We discuss all the considerations involved in entering a theater in the latest Low Key Podcast, with perspectives from three different states: Texas, Tennessee and Massachusetts. It’s a surprisingly lighthearted talk, because you’ve got to laugh to keep from crying. Listen on Apple, Spotify or right here:

Pandemic Red Carpet: Variety‘s Mark Malkin reports from the first red carpet since the start of the pandemic, for the comedy aTypical Wednesday. Though the space could hold 200, 60 attended. They had their temperatures taken and wore face masks.

Spike Lee and the Power of Film: In July 1997, Spike Lee was preparing for an Oscar-qualification run of his documentary 4 Little Girls — when he got an unexpected call from the FBI. Sophie Martinez wrote this terrific piece about the ability of film to make people in power do the right thing.

Gone With the Wind Back With Disclaimer: Mere days after it disappeared from HBO Max, Gone With the Wind has returned to the platform with a disclaimer featuring film scholar Jacqueline Stewart. “The film has been repeatedly protested, dating back the announcement of its production,” Stewart notes, according to Variety. “Producer David O. Selznick was well aware that Black audiences were deeply concerned about the film’s handling of the topic of slavery and its treatment of Black characters.” Stewart, a professor at the University of Chicago, also notes that Black cast members were not allowed to attend the movie’s premiere and that Hattie McDaniel was not allowed to sit with the white cast members when she won her Oscar for the film.

Comment of the Day: “Great movie!” says  Clifton Jones of Da 5 Bloods, responding to Sam Lively’s story about why Spike Lee chose not to de-age his lead actors for flashback scenes. It’s by far the most popular post on our site this week.