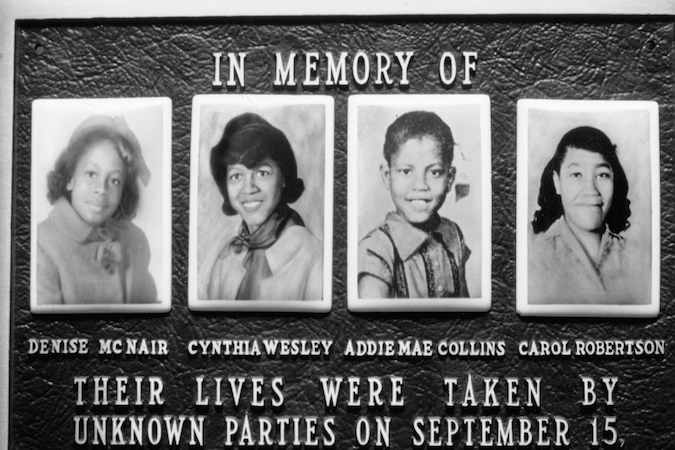 In July 1997, Spike Lee was preparing for an Oscar-qualification run of his documentary 4 Little Girls — about four Black girls killed in a 1963 Birmingham Baptist Church bombing — when he got an unexpected call from the FBI.

“They wanted to see the film,” Lee recounted last week during a Q&A about his new film Da 5 Bloods.

Lee said that the day after 4 Little Girls completed its run at Film Forum in New York City, the FBI “opened the case again.”

As Lee explained, the FBI had known within a week of the 1963 bombing who was responsible — “one of the guy’s nickname was ‘Dynamite Bob,'” he noted — but didn’t bring charges.

Thomas E. Blanton Jr. and Bobby Frank Cherry were both convicted in the bombings — Blanton in 1997 and Cherry in 2002, the New York Times reported.

On Friday — coincidentally two days after we first published this story — Blanton died in prison at the age of 82, of natural causes, The Associated Press reported.

The AP noted that when Blanton was sentenced, he told the judge, “I guess the good Lord will settle it on judgment day.”

One church volunteer who remembered the bombing noted that convictions after 37 years “isn’t the same thing as justice. This is 37 years too late.”

But Lee said last week that the case illustrates what a difference film can make.

“They opened the case again and those motherfuckers went to prison. They’d been around scot-free. And that wasn’t my intention. I just wanted to tell the story. These four girls weren’t allowed to grow up.”

He added: “That’s always my answer I talk about what film can do.”

The four murdered girls were Cynthia Wesley, Carole Robertson and Addie Mae Collins, all of whom were 14, and Denise McNair, who was 11.

In addition to Blanton and Cherry, Robert Chambliss was convicted in the bombing in 1977 and died in prison, the New York Times reported. Another man who the FBI considered a suspect but who was never charged, Herman Cash, died in 1994, according to the FBI. Cherry died in prison in 2004.

4 Little Girls was nominated for an Oscar for Best Documentary Feature.

We Asked If You Would Go to a Movie Theater Now. Here’s What You Said
Author Viet Thanh Nguyen Cannot Recommend Da 5 Bloods