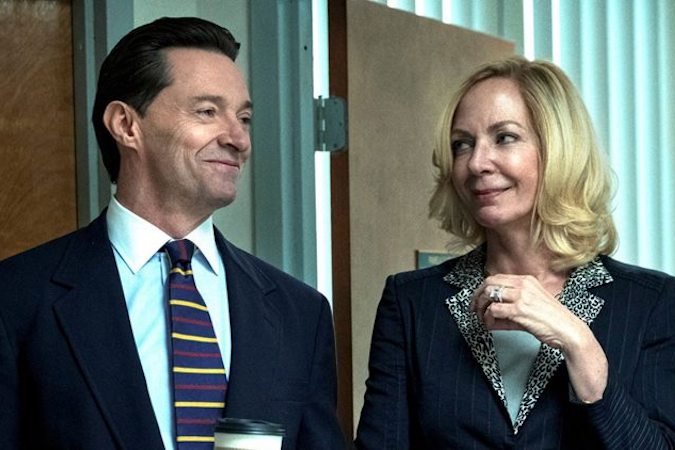 In today’s Movie News Roundup: A poll reveals moviegoers’ new demands for theaters; the true story behind HBO’s captivating Bad Education, and our annual list of 50 Film Festivals Worth the Entry Fee. Plus: This Trolls thing keeps going, and a question about bagels.

Moviegoers Want Staggered Seating, Sanitation: The Hollywood Reporter took the initiative to poll moviegoers on what it would take to get them back in theaters. More than half say they would visit a theater within a month of states reopening, as long as they stagger seating and keep high-traffic areas very clean. That’s just one result of the Hollywood Reporter/Morning Consult poll.

Behind Bad Education: If you’ve watched Cory Finley’s terrific Bad Education on HBO, starring Hugh Jackman and Allison Janney as slippery school administrators, you might enjoy reading this New York Magazine piece that provided the basis of it. It’s always fun for me to see what the movie version changed, what it kept, and what too-good-to-be-true details turn out to be true.

50 Film Festivals Worth the Entry Fee: As you’re acutely aware if you’ve been anywhere near our social media accounts lately, we’ve announced our annual list of 50 Film Festivals Worth the Entry Fee. As you may also have noticed, it’s been a weird year, with many great fests forced to cancel, delay, or go online. The idea of this year’s list is to celebrate film festivals as passionately as they celebrate films. That means supporting them online for now, and in-person when it’s safe.

Fantastia and Brooklyn Go Online: Montreal’s Fantasia International Film Festival and New York City’s Brooklyn Film Festival are the latest film festivals to go online, and both have cool ideas to make the virtual fest experience more vibrant. May we suggest bagels, at which both Montreal and Brooklyn are great? Tell us in the comments who does them better.

Trolls Escalation: First, Universal said it would release films in theaters and on-demand simultaneously, thanks to the on-demand success of Trolls World Tour during quarantine. Then AMC said it wouldn’t show Universal films if they’re released simultaneously into homes. And now Cineworld, the owner of Regal Entertainement, says it, too, will refuse to book films that don’t respect theatrical release windows. Deadline has all the hurt, umbrage, and chest-thumping.

Review Podcasts, Support Meals on Wheels: Podchaser is doing a very cool thing today called #Reviews4Good. For every review you leave, Meals on Wheels will get 25 cents. It costs you nothing but time, so all those podcasts you like and have been meaning to review? Today’s the day. We’re going to start with our friend Dan Delgado’s fantastic Hollywood history podcast The Industry.

If you want to become an expert on the Trolls situation for whatever reason here’s yesterday’s movie news, probably our least-read edition ever. Do people not like Trolls?