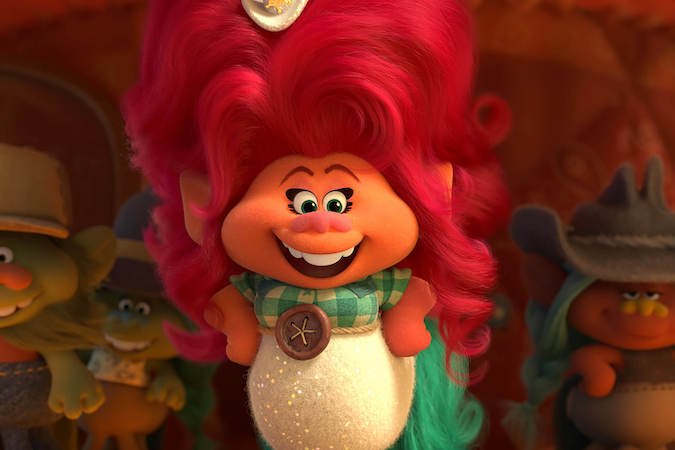 Universal Trolls AMC: AMC Theaters says it will no longer play Universal Pictures films after NBCUniversal CEO Jeff Shell announced plans to start simultaneously releasing films in theaters and on VOD, given the streaming success of Trolls World Tour. Universal released Trolls World Tour on April 10 direct to VOD rather than waiting for theaters to reopen, and it earned $100 million in three weeks. Look, we don’t run a movie studio or theater chain, but has anyone considered that those three weeks were perhaps not the most normal three weeks in our modern life, and maybe not the best weeks upon which to base any long-term decisions?

Actually, Yes: The National Association of Theater Owners notes that it is “not surprising that people under shelter-in-home ordinances for weeks on end with increasingly limited entertainment options would take advantage of the movie’s direct-to-VOD move to keep children entertained, even at a premium price.” If trolls only exist to divide people online, they’re doing a great job.

RIP Irrfan Khan: The emotive star of Life of Pi, Inferno, Jurassic World, and many acclaimed films in his native India died Wednesday at 53. He had been battling a neuroendocrine tumor. “Deeply sad to have lost Irrfan Khan. A thoughtful man who found beauty in the world around him, even in pain,” wrote Jurassic World director Colin Trevorrow. “In our last correspondence, he asked me to remember ‘the wonderful aspects of our existence’ in the darkest of days. Here he is, laughing.”

Deeply sad to have lost #IrrfanKhan. A thoughtful man who found beauty in the world around him, even in pain. In our last correspondence, he asked me to remember “the wonderful aspects of our existence” in the darkest of days. Here he is, laughing. pic.twitter.com/8eAsSOO9Ie

Online Film Festivals: Instead of giving your money to streaming services owned by billionaires, why not support an online film festival that plays lovingly curated, brand-new films, and shares the money with the filmmakers?  Our new MovieMaker Interviews podcast features some festivals that are doing it right, and includes some dos and don’ts if you’re thinking of hosting an online film festival. (Confession: We’ve never felt comfortable with the punctuation on “dos and don’ts” but in our defense, they’re silly made-up words.)

You can listen on Spotify or right here:

Another Podcast Recommendation: If you’ve ever wanted to hear the author of American Psycho deliver a thoughtful and completely sincere review of Call of the Wild, and then share a wonderful interview with Matthew Modine about working with Stanley Kubrick on Full Metal Jacket, we highly recommend the latest Bret Easton Ellis Podcast.

this!” says a commenter named A.T., commenting on our story about how filmmaker Zack Oberzan made a Rambo movie at home, for $96, playing all 26 roles himself. “This is what the creative spirit is all about. Lots of passion and a feeling of accomplishment. Live the dream. It’s totally worth it!”

Send Me Your Doc Recommendations: I’m working on a story about great new documentaries that deserve an audience but haven’t been released yet because their festival premieres were cancelled. Have you made such a documentary? If so, feel free to email me at Tim.Molloy@MovieMaker.com.

If you slept all day yesterday, we totally get it. Here’s a link to yesterday’s movie news.