How One Man Made a Rambo Movie at Home for $96 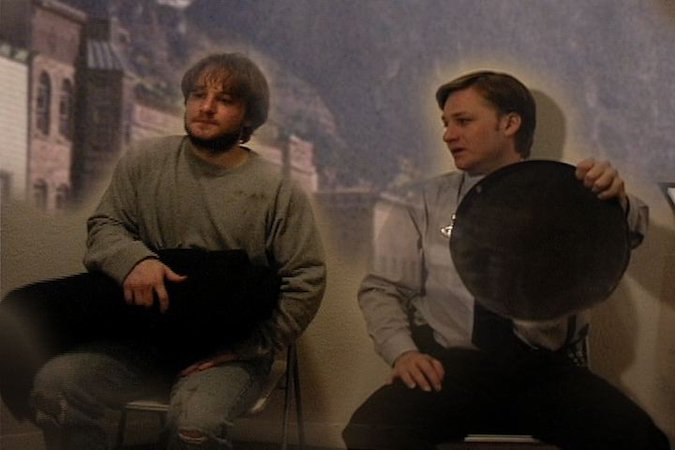 Zack Oberzan was a 33-year-old “failed actor,” in his words, when he decided to make a Rambo movie.

In his 220-square-foot apartment.

With one camera and one mic.

Playing all 26 roles himself.

Zack’s Rambo movie, called Flooding With Love for the Kid, came out in 2007 and it succeeded beyond all his expectations. It’s a captivating look at what a single artist can do, under the most stringent limitations, out of sheer determination and love.

My best friend showed me a DVD of Flooding With Love for the Kid late one Saturday night before the quarantine started. A close adaptation of David Morrell’s novel First Blood, it has played at festivals around the world, a perfect illustration of underground art, made by a team of one.

Zack plays every character, from John Rambo (the one Sylvester Stallone played in the movies) to Sheriff Teasle (Brian Dennehy, RIP) to hillbilly moonshiners to cops to a guard at a POW camp.

It feels like a fun experiment at first, until you realize the depth of Zack’s commitment. He isn’t tossing off lines. He’s really acting, making every character unique, with accents and affectations and differing (but never distracting) differentiations in facial hair.

Chairs stand in for cars, and a sink represents a waterfall, but if you use a little imagination, you’re quickly engrossed in the sad story of a drifter, John Rambo, who drifts into the wrong town.

When COVID-19 stopped the world, Zack was the first person I called. I wondered if movies were a superfluous, silly indulgence we couldn’t afford right now. (And watched a lot of movies to stay sane.) I wondered how moviemaking could survive.

Moviemaking is, after all, the most collaborative kind of art. And as recent weeks have proven, almost everything in life is a collaboration. Keeping our promises helps other people keep theirs.

If you don’t wash your hands, you might get a vulnerable person sick. If you don’t pay a debt, the person you owe can’t pay rent. If you abandon a plan, you let someone else down.

Yes, we all have new problems to solve. If you’re a moviemaker, these new problems might have seemed insurmountable, not long ago, when our global lockdown began. Among them:

• You should stay inside

• No sets, costumes, or equipment, except what you already have

• No crew. Unless your family and/or pets are great at lighting and sound.

But these obstacles are almost identical to the ones Zack imposed on himself. He knew his film would be compared to the 1982 Sylvester Stallone version of First Blood, the first film in a big-budget franchise. Maybe people would laugh at his bargain version.

“The whole point behind Flooding was that I had to do it myself,” Zack said. 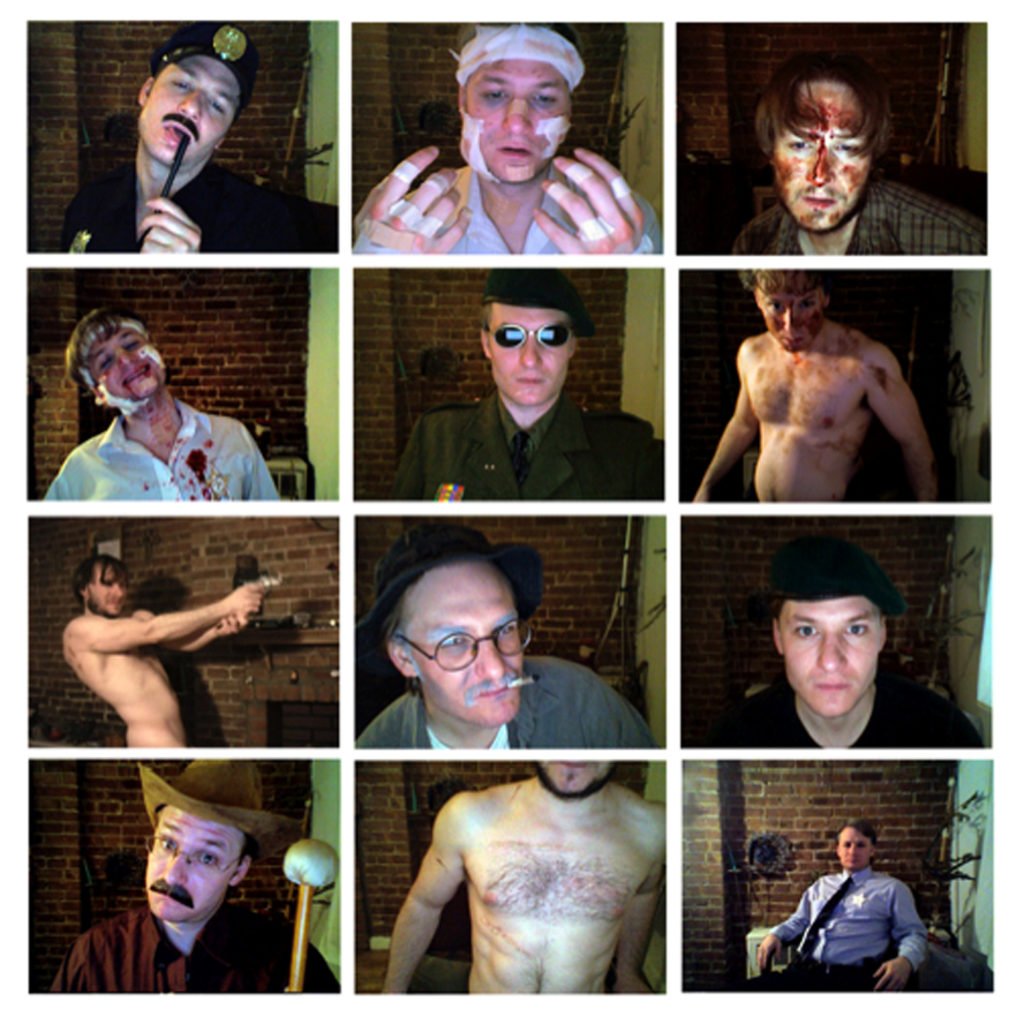 Zack Oberzan in 12 of the 26 roles he plays in 2007’s  Flooding With Love for the Kid. All photos courtesy of Nick.

At the time, he was working as a secretary at a hospital. At night, he went to theater rehearsals. He made Flooding in his Manhattan apartment, from about 11 p.m. to 3 a.m. His budget covered tapes for his digital camera, ninety-nine cent guns, and a beret.

He spent a month adapting the script, four months shooting, and three months editing. He used Final Cut Pro and meticulous blocking to figure out how to make his different characters appear simultaneously on-screen. They talk, argue, even throw punches at each other.

He changed his hair and shaved (or didn’t) to differentiate between characters. He applied his own scars. He worked out the range of accents. He imagined.

His inspiration was John Rambo himself, a Vietnam veteran-turned-survivalist who flees into the mountains to escape from a small-town sheriff.

When I called Zack, he was dealing with a lot, including health problems, like so many people right now. I wanted him to know his work might inspire other people to make their own movie, Rambo-style. If Zack could make a movie for $96, in a minuscule apartment, with one camera and one mic, playing all 26 roles himself, think of what filmmakers in quarantine can do.

Was there a moment during when he felt hopeless?

“I loved every minute of it,” he said.

I emailed Zack again this week to see if anyone has asked him for advice on how he did it.

No one has actually asked for ‘advice’ as to how I made it, I suppose because that is quite self-evident,” he wrote. “I just did it, and you see what I did. The ‘advice’ I suppose I have to offer is: Don’t give a damn. As our friend Mr. Dylan sings, ‘When you ain’t got nothin’, you got nothin’ to lose.” And then our other friend Mr. Kristofferson sings, ‘Freedom’s just another word for nothing left to lose.’ That’s how Flooding was born — not a damn thing in the world to lose — and suddenly Freedom is born.”

Zack had health issues even before COVID-19, and since the virus, he says, “most of the institutions that could help me are shut down indefinitely.” He’s trying to make the best of things.

Flooding is just the beginning of his cinematic body of work, all of which you can see at his website, Oberzan.com. He went on to create Your Brother, Remember?, in which he and his brother re-enact Jean-Claude Van Damme’s Kickboxer over two decades; Tell Me Love Is Real, which imaginatively reincarnates Buddy Holly, Amelia Earhart, Bruce Lee and Serge Gainsbourg; and The Great Pretender, which combines a feature film, live theater, and reconstructed Elvis Presley performances.

None of these are played for laughs, or feel like gimmicks; Zack’s greatest skill is his complete commitment.

“I didn’t think Flooding was going to be seen by anyone. Then it just took off,” Zack explained. “Since then I’ve done a lot more work, but it doesn’t have the ‘Rambo’ anchor and thus hasn’t been as ‘successful.’ Which sometimes bothers me (I’m only human), but I tell myself to get back to that mindset I had when I made Flooding. It doesn’t matter if no one likes it or watches it. What matters is, I made the work I wanted to make, and it allows my heart to ease, ever so slightly, now that it’s in the world.”

Visit Oberzan.com to see all the films of Zack Oberzan. Thank you to Juan Carlos Montoya for the introduction to Flooding With Love for the Kid.

A version of this story appears in the latest issue of MovieMaker Magazine, available now.