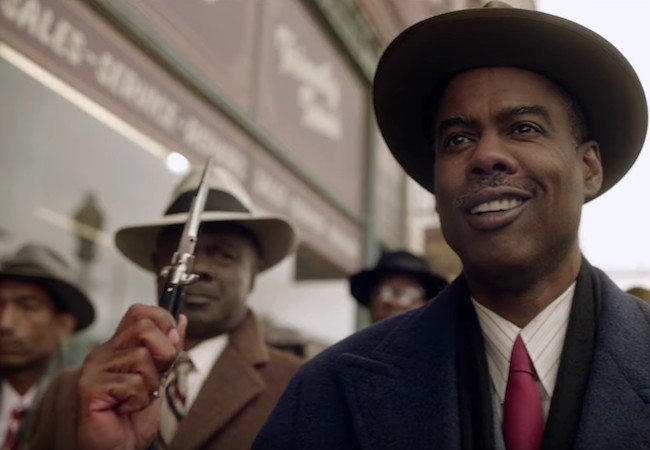 In today’s Movie News Rundown, Mark Wahlberg seeks redemption in Good Joe Bell, from the writers of Brokeback Mountain; Madonna will tell her own life story onsceen; the Godfather TV show might be better than it sounds; and Fargo returns.

Insurance: Variety notes that traditional insurers still won’t cover film productions for COVID-19, which has created a niche for companies like Elite Risk, which previously offered crop insurance to cannabis growers, and SpottedRisk, which offered “disgrace insurance” as the #MeToo movement caught fire.

Good Joe Bell: Some critics have trashed the new anti-bullying, anti-homophobia Mark Wahlberg film because they think his past makes him the wrong messenger. (Among his purported sins: turning down Brokeback Mountain.) I wrote about why his imperfections may make him the perfect messenger for the audience Good Joe Bell most needs to reach. And it’s probably Wahlberg’s best acting.  The film, which just premiered at the Toronto International Film Festival, is written by Brokeback Oscar winners Larry McMurtry and Diana Ossana.

Fargo Returns: One of the best TV shows ever returns this month after three long, cold years, this time with Chris Rock. Here’s a Hollywood Reporter review, and the trailer:

Whew: If you skipped headlines with the words “Godfather TV show” yesterday because NOPE, here’s some good news: It won’t attempt a reboot of the films. IndieWire describes it as a limited series based on Al Ruddy’s experiences producing the original film. Better news: It will be written and executive produced by Escape at Dannemora and The Player vet Michael Tolkin.

Madonna: Remember when we posted about her and Diablo Cody sitting on a couch, working on a script? It turns out it was for a biopic that Madonna will direct herself. I know you’re skeptical, but what if — what if — she examines her life more closely and critically than a third-party director, who would need to sugarcoat everything anyway in order to get approval to use her songs? Most biopics of living musicians are fawning, so maybe hers could be more honest. Maybe?

Also, Correct Me If I’m Wrong: But for all the supposed controversy around Madonna (risqué outfits! A sex book!) hasn’t she lived a pretty scandal-free life? Critics who are mad at her for being self-promotional could level the same criticism at any famous person. And she was never that dangerous. My very conservative Republican grandparents attended and enjoyed one of her shows around 1985.

Justice for Kang the Conqueror: Yesterday, I was somewhat mocking of the Marvel comic book character Kang the Conqueror while reporting that he’ll be the new villain in Ant-Man 3. My best friend, Juan Montoya, texted this in response: “Kang is actually pretty cool. He’s a possible descendent of Reed Richards who uses Dr. Doom’s tech to travel through time trying to orchestrate a takeover of the world. Eventually, way in the future, he becomes good and, as Immortus, fights himself as Kang. There’s a bunch of time-displaced Kangs and Immortuses always pulling some shit. I read him in Jonathan Hickman’s Fantastic Four run, the second greatest single creator run in history! Can you guess the first?” If you can, let us know in the comments.

Comment of the Day: “So The Mandalorian Season 2 is the reboot of Lone Wolf and Cub I’ve been wanting? Cool!” writes TP, in response to the new trailer for the show.