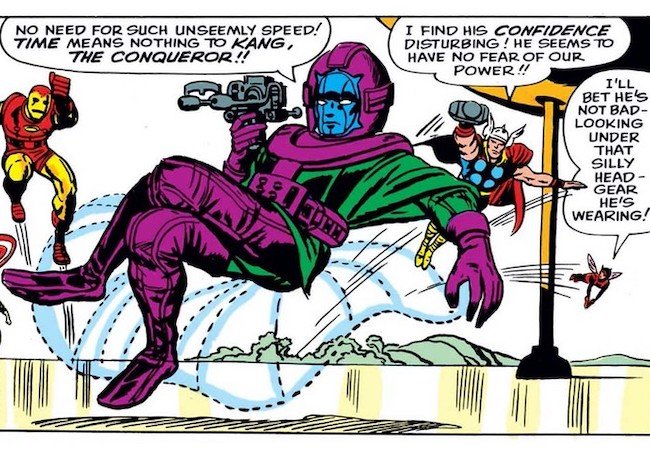 In today’s Movie News: Kang the Conqueror could be Marvel’s new big bad guy; The latest Anthony Hopkins performance may be the best of his life; an interview with the directors of Boys State; and the director of Cuties feels misrepresented. Plus: The Mandalorian Season 2 trailer promises a journey to meet the Jedi.

The Father: 82-year-old Anthony Hopkins, who will be honored today at the Toronto International Film Festival, is mesmerizing in The Father as a man battling dementia as his daughter (Olivia Colman, always excellent) contemplates his future. Here are my thoughts on the debut film from Florian Zeller, coming in December.

Boys State: One of my favorite writers and people, Eric Steuer, guest-hosts the latest MovieMaker Interviews podcast for a great talk with Boys State directors Amanda McBaine and Jesse Moss about their documentary on a Texas mock-government program. They talk about what surprised them about young conservatives, how Richard Linklater’s Daxed and Confused influenced Boys State, and how they’re doing Girls State next. You can listen on Apple or Spotify or here:

Meet Kang: Da 5 Bloods star Jonathan Majors is joining Ant-Man 3 as Kang the Conqueror, a supervillain I could never get into in the comics because of his goofy outfit and tell-don’t-show name. (Let them discover you’re a conqueror.) Anyway, Kang could be the next big Marvel villain, as The Hollywood Reporter explains, due in part to his ties to The Fantastic Four, who were previously barred from the MCU by rights issues that Disney the Conqueror disintegrated by buying Fox. Kang’s arrival may also hint at the next generation of The Avengers.

Meanwhile, Over at DC: Jason Momoa backs up Ray Fisher, who says director Joss Whedon exhibited “abusive, unprofessional” behavior on the set of 2017’s Justice League, and that Warner Bros. executives allowed it. Momoa wrote on Instagram: “Serious stuff went down. It needs to be investigated and people need to be held accountable.” Warner Bros. says it is investigating. Here’s his full statement: 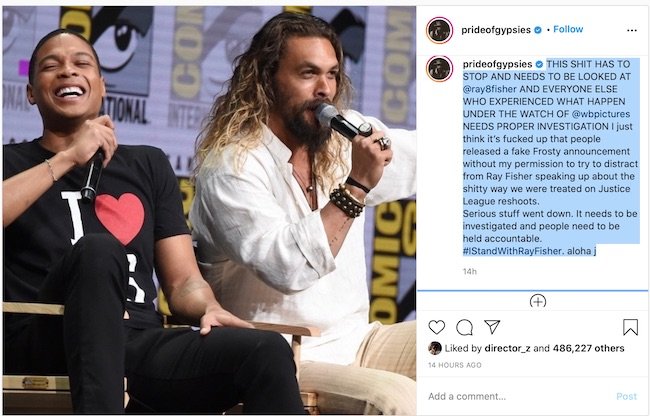 Cuties Director: Maimouna Doucouré, who says she has received death threats over the film about a group of young girls who perform explicit dance routines, says the trouble started with Netflix’s poster for Cuties — and that she, like her critics, adamantly opposes sexualizing children. “The controversy started with that artwork,” Variety quotes her saying. “The most important [thing] is to watch the film and understand we have the same fight.” Here’s a quick summary the Cuties situation if you haven’t followed it.

‘She’s a Real Actress’: Noomi Rapace, star of the new film The Secrets We Keep, goes deep into her intense process and her career in the latest Hollywood Unscripted podcast, available on Apple, Spotify and Stitcher. She recalls working on an Icelandic film as a seven-year-old, in which the entire set demanded a break after a very long day. The director, she says, was furious. “I was sitting next to him, just like quiet and like didn’t dare to look at him. And he was like, ‘How old are you?’ I was like seven. He’s like, ‘She’s a real actress. She doesn’t complain. Look at her.’ And I was like, ‘Okay, this is what I got.’ I think from that moment, like he planted a seed in me and I was like, this is where I want to be.” Okay, but remember to heed your local child labor laws.

Journey to the Jedi: The Mandalorian himself succinctly explains what seems to be the plot of The Mandalorian Season 2 in this brand-new trailer: “You expect me to search the galaxy and deliver this creature to a race of enemy sorcerers.” The creature is, you guessed it, Baby Yoda. Also, at the 36-second mark it totally looks like the bantha is saying “Where.”

The Father: Anthony Hopkins Stuns in a Crackling Story of Dementia
Noomi Rapace on Avoiding Sugar, Alcohol, and Added Adrenaline