The Father: Anthony Hopkins Stuns in a Crackling Story of Dementia 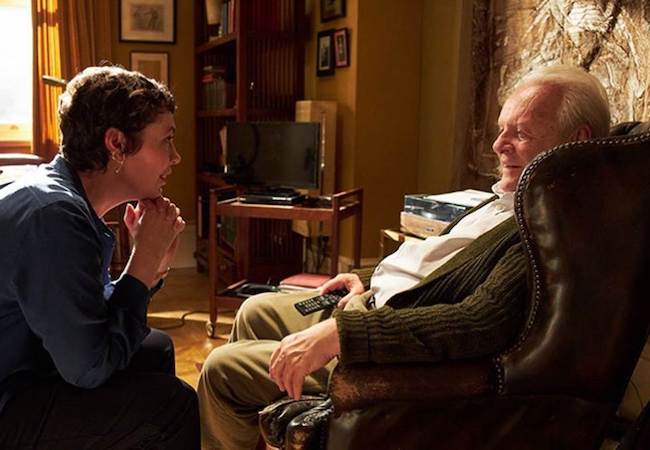 The Father may be the ideal stage for Sir Anthony Hopkins to do everything he can do. He’s vulnerable, he’s funny, he’s terrifying. You envy, fear and pity him. At 82, he clearly has the energy to keep working. But if he opted to go out on The Father, it would be an incredible capstone to an astonishing career.

It also feels like the start of a great one for director Florian Zeller, who directs and co-wrote the script, based on his own play. It’s fitting that Hopkins will receive this year’s Tribute Actor Award at the Toronto International Film Festival on Tuesday, in connection with The Father, given how well the film encapsulates his abilities.

Full disclosure: Silence of the Lambs is my favorite movie ever made. Hopkins deserves much of the credit. And while Lambs remains at the top of my overall list, The Father may be my favorite Hopkins performance. He’s as mesmerizing here as he’s ever been, transforming from doddering to seductive to total collapse. Like Lambs, The Father is a crackling mystery, with unexpected humor and truly chilly scares, and those scares are embedded in making the audience inhabit the mindset of someone they would never want to be.

Most of us will never be killers. But the terrifying pull of The Father is that all of us will be Anthony, Hopkins’ 80-year-old main character, if we’re lucky enough to live long enough. He’s a man losing his sharp mind to dementia, and the film’s setup is simple. His daughter, Anne (Olivia Colman), wants to move to Paris, but doesn’t know what do with him. He doesn’t want her to do anything.

Are you hooked? I was hooked. With no detectives or serial killers or millions of lives or the fate of the world hanging in the balance. The Father is about such a small problem, but one that looms so massively for anyone dealing with it. How do you help your aging parents?

This is one of those truly empathetic films that has no bad guys. (2017’s Leave No Trace is one of the few others that come to mind.) Rufus Sewell has his very unlikeable moments, as Anne’s boyfriend, but we have to take into account that we may be seeing them through the eyes of a very unreliable POV. The central conflict of the film is that even Anthony isn’t sure what he’s seeing, or what’s happening to him.

Just as Horse Girl, released earlier this year, helped audiences understand how it might feel to have schizophrenia, The Father does its best to examine how it might feel to have dementia. Things seem so logical one moment, and then make no sense. Anthony deserves logic and order, feels entitled to it. When things don’t add up — when faces don’t look as they should — he goes deeper into conspiracies, attempting to impose emotional order. It doesn’t come.

Here’s the trailer for The Father, which is scheduled to be released in selected theaters on Dec. 18 and more widely on Christmas Day.