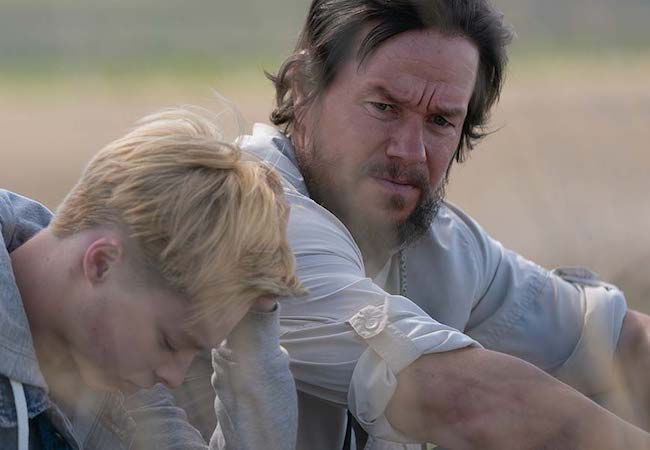 Mark Wahlberg plays the titular character in Good Joe Bell, a real-life father who began walking across America, years ago, to tell children not to bully each other, and for parents to love their children, no matter what. His son, Jaden (very well-played by Reid Miller) has suffered brutal homophobia at his high school in the small-town of La Grange, Oregon.

Many critics, professional and online, seem primed to reject the movie because of Wahlberg’s past. More than 30 years ago, when he was 15, he was part of a group of boys who twice threw rocks at and used racial epithets against Black children. At 16, he served time for an attack on two Vietnamese-American victims. He has expressed shame and remorse over all of this, as he should.

More recently, he has been widely quoted saying he passed on a role in Brokeback Mountain because he was “creeped out” by what he felt was an overly graphic sex scene in the movie. I can’t find video or the original source of the comments, but they’ve been widely shared, as happens on the internet. The Guardian review of Good Joe Bell cites the purported comments to argue that Wahlberg has an “uneasy history of homophobia.”

We can debate whether not wanting to simulate gay sex makes one homophobic. But what’s beyond dispute is Wahlberg’s devout Catholicism, which has been taken, in some circles, as another strike against him.

So it feels notable — and perhaps like progress — when Wahlberg’s Joe Bell delivers a scathing criticism of the Catholic Church’s hypocrisy in accusing gays of sinfulness, even after its own wretched history of covering up for predatory priests.

If we believe Wahlberg accepts or rejects roles based on his personal feelings, this moment of a Catholic calling out his church feels like Wahlberg acknowledging that everyone has room to improve. Pope Francis, who Wahlberg introduced at a 2017 event in Philadelphia, would seem to agree. While not perfect, Francis has gone further than any other pope to preach inclusivity.

Criticisms of Good Joe Bell that are centered on Wahlberg’s casting beg an essential question: Do we think people can change and improve? And if we don’t, why is Hollywood churning out so many message movies?

As someone who is pretty exhausted by political movies that force-feed me beliefs I already held, I was surprisingly moved by Joe Bell, with its modest, simple argument for love. The film, which played Monday the Toronto International Film Festival, feels like the rare kind of film that could actually change minds, because it uses the language, settings and even favorite actors of the small-town, conservative audiences it hopes to win over. The casting in a crucial role of Gary Sinise, one of Hollywood’s most prominent Republicans,  doesn’t feel accidental. And Wahlberg, especially in his films with Peter Berg, endorses patriotism and blue-collar values that the rest of Hollywood sometimes treats as old-fashioned. They feel like the rare actors who blue-collar conservatives might listen to.

Good Joe Bell, skillfully directed by Reinaldo Marcus Green, comes from the same brilliant writers behind Brokeback Mountain, Larry McMurtry and Diana Ossana. And like Brokeback Mountain, it makes a fundamentally conservative argument against homophobia and hatred. Brokeback Mountain argued that no matter what you may think about same-sex relationships, what other consenting adults do is none of your damn business. It’s in line with the Western, self-sufficient beliefs of everyone in the film.

Good Joe Bell makes the kind of right-and-wrong argument it’s hard for anyone to argue with: You love your kids. Bullying hurts them. Don’t do it at home, and don’t put up with it anywhere.

America should be far past the point of asking for mere tolerance, or acceptance. But the reality is that we aren’t. Good Joe Bell probably won’t be the favorite movie of people who woke up decades ago. But it could help the small-town parent or grandparent who will never watch Pose, but might respond to some fellow conservatives who’ve seen the light.