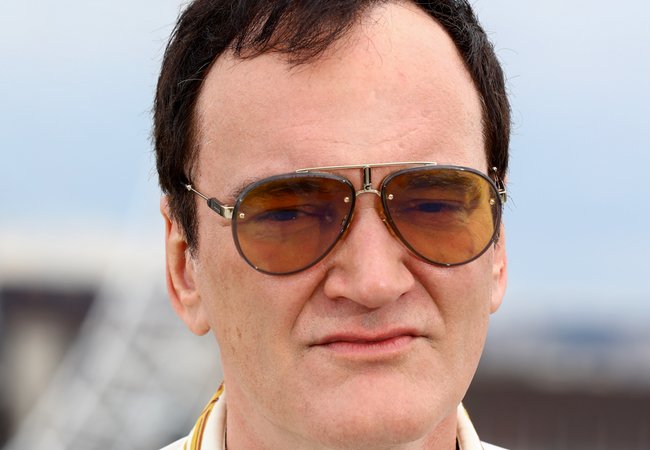 Happy Monday Movie News. Today: Quentin Tarantino describes his long-abandoned plan for a movie based on Marvel’s Luke Cage; John Krasinski has a show-stopping edition of Some Good News; and a Call Me By Your Name sequel is happening. Plus: How you can support film festivals for a mere $6.50.

Support Film Festivals: You can support film festivals disrupted by COVID-19 by paying a $6.50 to watch the new film Phoenix, Oregon this coming Saturday, April 11. Just go here to choose which of 30 festivals to support. The event is presented by the Film Festival Alliance and Theatrical At Home, and Oxford Film Festival executive director Melanie Addington will lead a filmmaker Q&A afterward.

Tarantino’s Abandoned Marvel Movie: Quentin Tarantino has never made a superhero movie. But on Amy Schumer’s 3 Girls, 1 Keith podcast, he revealed that back in the 1990s he toyed with the idea of making a movie about Marvel’s Luke Cage, one of the first black superheroes. It came apart because he envisioned Laurence Fishburne as Luke Cage, and his “comic geek” friends talked him out of it by arguing for Wesley Snipes. He adds that his favorite heroes as a 1970s comic-book collector were Luke Cage and Shang-Chi. “Even the black guys would not collect Luke Cage,” he joked. Here are some more fun details.

Some More Some Good News: A Quiet Place director John Krasinski returns with another edition of his cheerful homemade news show, showcasing the best of humankind. The story at the 5:30 mark just about wrecked your humble correspondent. Also the one at 8:23. But the massive surprise at 11:30 is astonishingly good and will make you ashamed of even your most successful Zoom meeting:

RIP Lee Fierro: “Lee Fiero, famous for lifting her black veil and slapping Chief Brody across the face in Jaws, has died, according to her friends on Martha’s Vineyard who remember her as the dedicated, vibrant matriarch of the Island’s robust theater scene.” So begins a beautiful Martha’s Vineyard Times obituary for the 91-year-old actor, who died of COVID-19 complications.

Call Me By Your Name Sequel: Unless there’s been a very bad translation of this Italian interview, Call Me By Your Name director Luca Guadagnino says there will be a sequel to the film, with Timothée Chalamet and Armie Hammer returning. Variety explains that while little is known about the sequel, the novel upon which Call Me By Your Name is based has a sequel, Find Me, which features the same characters 10 years later. I hope there’s a lot of staring into fire.

Lessons From Quentin Tarantino: If our Luke Cage item has you fixin’ to Google all things QT, start here: He told MovieMaker a few of the things he’s learned as moviemaker, including how to film food. We know, it’s hard to make movies with actors right now — but that means you can finally focus on that all-food production you’ve been storyboarding.

Finally, if you like this roundup, sign up here to have it sent to your inbox, Monday through Friday. It takes 10 seconds.

Mr. Rogers Wasn’t a Navy SEAL, But the Beautiful Day in the Neighborhood Writers Know Where That Myth Started
Why Quentin Tarantino Gave Up on Making a Marvel Movie