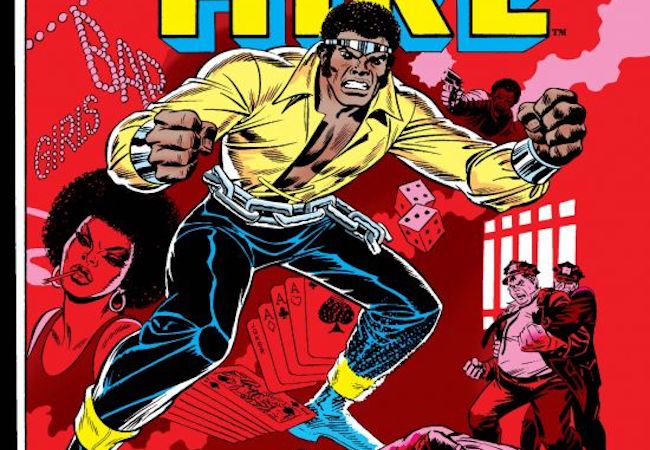 Long before Marvel movies ruled the planet, Quentin Tarantino dreamed of bringing Luke Cage to the screen—but the idea fell apart during arguments with his “comic geek” friends.

Tarantino said on Amy Schumer’s 3 Girls, 1 Keith podcast that in the early 1990s — “before all this Marvel shit was coming out, it was after Reservoir Dogs, it was before Pulp Fiction” — he considered making a Luke Cage movie.

He said that when he was growing up in the 1970s, his favorite comic book characters were Luke Cage, Hero for Hire and Shang-Chi, star of Master of Kung Fu. (He also liked the monster titles Werewolf by Night and Tomb of Dracula, he said on the podcast.)

Cage was one of the first black superheroes.

“My absolute hero was Luke Cage,” Tarantino said. “Trust me, I was the only white guy that his number-one run that he collected was Luke Cage. The other guys made fun. Even the black guys would not collect Luke Cage.”

Tarantino added that if the project had gone through, he would have made Luke Cage after Pulp Fiction, rather than going from Pulp Fiction to Jackie Brown.

“What actually dissuaded me from doing it… was my comic-geek friends talked me out of it. Because I had an idea that Larry Fishburne would have been the perfect guy to play Luke Cage. And I’m talking about King of New York-era Larry Fishburne. … But all my friends were like no, no, no man, it’s gotta be Wesley Snipes.”

He explained his counter-argument: “I like Wesley Snipes, but Larry Fishburne is practically Marlon Brando. I think Fish is the man.”

Tarantino’s friends argued that Laurence Fishburne would gave to “get in shape” to play the ripped Cage, while Snipes wouldn’t.

Not totally, though. Jackie Brown is magnificent. Also, Luke Cage eventually became a Netflix series, with Mike Colter in the lead role.

A Marvel Shang-Chi movie, meanwhile, is coming soon from director Destin Daniel Cretton, with Simu Liu in the lead role.

Shang-Chi and the Legend of the Ten Rings is one of several Marvel films given a new release date Friday because of COVID-19 disruptions. It will be out may 7, 2021.

It sounds like Quentin Tarantino’s Luke Cage movie would have made it to theaters before another Marvel movie with a black protagonist, Blade — which of course starred Snipes. Blade‘s success helped prove the market potential for other Marvel films, especially those starring lesser-known characters. Blade is getting a reboot with Mahershala Ali playing the vampire hunter. The new Blade does not yet have a release date.

Tarantino has talked before about his love of 1990’s King of New York, directed by Abel Ferrera and starring Christopher Walken as Frank White, aka the king of the city. Laurence Fishburne plays Jimmy Jump, a hip-hop-influenced enforcer for White’s street army. Here’s Tarantino’s deep dive into the film (which also starred Snipes) for The Rewatchables podcast.