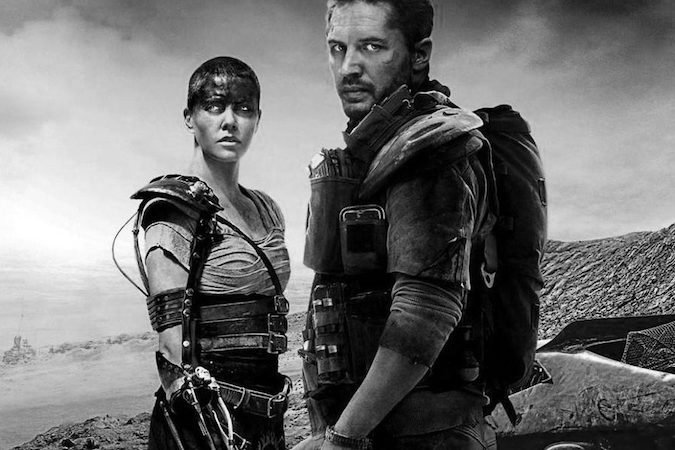 In today’s Movie News Roundup: When Mad Max: Fury Road had no beginning or end; Roger Corman inspires now more than ever; and Matt Damon discusses Contagion with an Irish radio show. Plus: Submit your questions now to get some free legal advice today from a top entertainment attorney.

End of the Road: A terrific new oral history of Mad Max: Fury Road says that the action masterpiece was ordered to stop filming in December 2012 with no opening or closing scenes shot. After a year of impossible editing, director George Miller was able to bring back Charlize Theron, Tom Hardy, and the rest of his team for more filming. Read the whole oral history in The New York Times.

Free Legal Advice: Entertainment attorney David A. Pierce is taking your questions today on how to legally protect yourself, your production, and your company in the time of COVID-19. You can submit questions here and he’ll answer them on this Slamdance livestream at 11 a.m. PT/2 p.m. ET today.

Thanks, Roger Corman: Here’s a first-person story by Daniel Talbott about how the death of his journalist friend — and the work of low-budget, whatever-it-takes moviemaker Roger Corman — inspired him and his brother to shoot a movie while quarantined in separate cities.

Good Matt Damon Hunting:  Two Irish radio hosts completed their quest to interview Matt Damon, who is quarantined in a Dublin suburb because his new film The Last Duel was is shut down there. Damon reminisces about a movie he made once: “Anybody who says you couldn’t predict this, just look at Contagion. Ten years ago we made a movie just by talking to experts and asking them how would this look and how kind of would it go down. The whole thing is tragic and sad.”

Don’t Worry, Darling: Dakota Johnson is in talks to join the cast of Olivia Wilde’s psychological thriller Don’t Worry Darling, which stars Florence Pugh, Shia LaBeouf, Chris Pine and Wilde, Variety reports. The film focuses on a utopian community in 1950s California. In 2020s California, I think everyone would happily settle for an average community.

New Mutants New Release Date: The oft-delayed film is back on the calendar, and is now scheduled for theatrical release Aug. 28. The film, which was originally to be released in 2018, was most recently pushed from an April release date by COVID-19. Henry Zaga, one of the film’s stars, gets very philosophical about the release date in a profile in the latest issue of MovieMaker Magazine.

That Issue Sounds Wonderful, How Do I Get It? Oh, thanks! It also includes behind-the-scenes looks at The Green Knight, Zola, Promising Young Woman, The Painted Bird, and many other someday-to-be-released films, and if you send $5 to deirdre@moviemaker.com using PayPal, we’ll send you a copy so you can skip the newsstand. Don’t forget your shipping address.

And now, an Irish ballad we call yesterday’s movie news.

I Know This Much Is True DP Jody Lee Lipes and Director Derek Cianfrance Referenced Heat for Their Twins Drama
How Pepe the Frog Became the Unwitting Mascot of Trolls, Racists and Incels (Podcast)