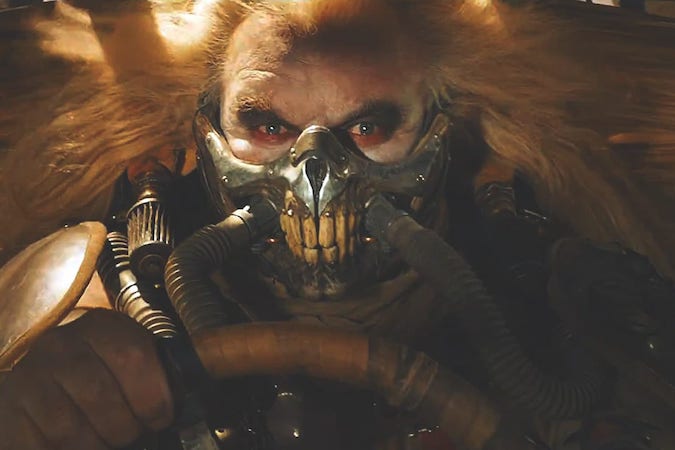 Mad Max: Fury Road, now regarded as one of the best films of the last decade, hit a lowpoint in December 2012 when a studio executive decided the film had to stop shooting even though it’s opening and closing scenes hadn’t been filmed, director George Miller and producer Doug Mitchell say in a new oral history.

The New York Times piece says Warner Bros. studio head Jeff Robinov flew to Namibia, where the film was shooting, and became irate at the state of it. Actress Zoe Kravitz, who plays one of the enslaved “brides” of the film’s villain, Immortan Joe, told the Times: “We were behind schedule, and we heard the studio was freaking out about how we were over budget.”

Mitchell said that Robinov declared, “The camera will stop on Dec. 8, no matter what you’ve got, and that’s the end of it.”

But that was, of course, a problem.

“We hadn’t shot any of the scenes in the Citadel yet, where the opening and closing book ends of the film are set, and we had to go into postproduction without them. It was almost incomprehensible,” Mitchell told the Times.

Margaret Sixel, the film’s editor, who is married to Miller, said she struggled for a year with how to edit a film with no opening or closing.

But then Kevin Tsujihara took over at Warner Bros.

“What happened then is that Jeff lost his job and Kevin Tsujihara was appointed, and he decided later that year, ‘You know what, let’s do this properly. We need to shoot these scenes at the Citadel,'” Mitchell said.

The Times said Robinov, who went on to co-found the entertainment company Studio 8, was not available for comment.

There was still plenty of work ahead, as the Times‘ oral history explains. But in May 2015, the film was released to rapturous reviews that praised is an almost constantly moving corrective to a decade of CGI action films in which pixels do battle with nothing resembling human stakes.

The stunt-packed Mad Max: Fury Road, which also smuggled in a feminist message that was new to the testosterone-jacketed Mad Max films, went on to earn six Oscars. Though it didn’t win for Best Picture, and Miller didn’t win for Best Director, it was remarkable for either to be nominated, given the Academy’s general reluctance to hand out top-tier awards to action movies.

The film stars Charlize Theron and Tom Hardy, both of whom take part in the oral history, which you can, again, read in its entirety here.