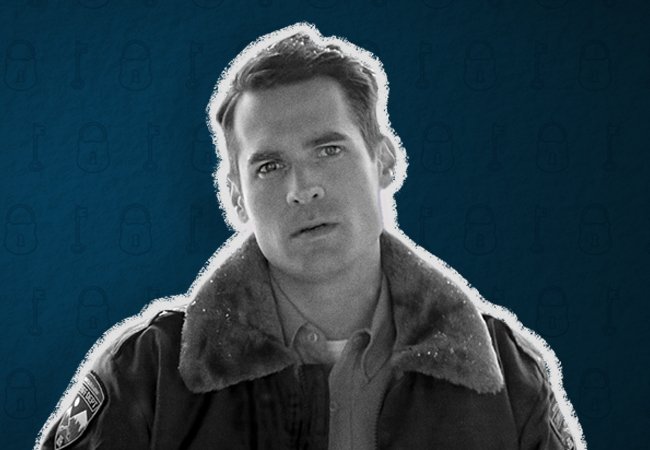 In today’s Movie News Rundown: Indie champion Jim Cummings tells you how to stop making excuses and be your own film studio; Keith Raniere, leader of the NXIVM sex cult that is the subject of the HBO documentary The Vow, gets 120 years; and the late Robert Forster once gave a 19-year-old co-star a list of the essential films her generation needed to know. Plus: A huge thank you.

Speaking Of: Here’s a Jim Cummings Q&A with our friends at StudioFest’s Demystified series about how to work outside the studio system to get your movie made. “Becoming your own studio in a less lame way than YouTube influencers is the future for everybody,” he says. “There’s a way to become Yorgos Lanthimos from your garage.” YES to this. Here’s Jim Cummings:

No Respect: The Aretha Franklin biopic Respect is moving from January to Aug. 13, 2021, because MGM believes the film, starring Jennifer Hudson as the Queen of Soul, has a good shot at awards and “is looking at previous Oscar Best Picture nominated films like BlacKkKlansman, Once Upon a Time in Hollywood and The Help, all summer releases, for guidance,” writes TheWrap‘s Beatrice Verhoeven. 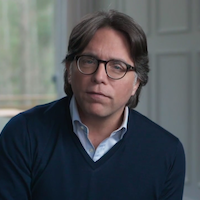 Keith Raniere in The Vow

Keith Raniere: The cult leader whose predatory practices launched a thousand documentaries was sentenced to 120 years in prison. His cult, NXIVM, offered “self-improvement” workshops aimed at Hollywood and executives, but Raniere sexually abused many female members, and some were even branded with his initials. Raniere has urged his followers to start a podcast to free him and set up a $25,000 contest to find errors in the prosecution, the New York Times notes. Mr. Raniere, if I may be so bold: There are already too many podcasts.

Genre Fests: Thank you to the amazing panelists behind our list of the World’s 50 Best Genre Festivals. We worked with 1BR producer Alok Mishra on the list, and he enlisted producer Heather Buckley, who “was supremely instrumental in getting the Ocean’s 11-esque crew together. She is the Danny Ocean to my Brad Pitt Rusty Ryan character,” Alok explains. The other panelists are filmmakers and film lovers Rakefet Abergel, Justin Cook, Bryan Glick, David Gregory, Stacy Pippi Hammon, Jay Kay, Nicole McControversy, Joshua Millican, Peter Phok and Miguel Rodriguez. We’ll let you guess which Ocean’s 11 characters they are. 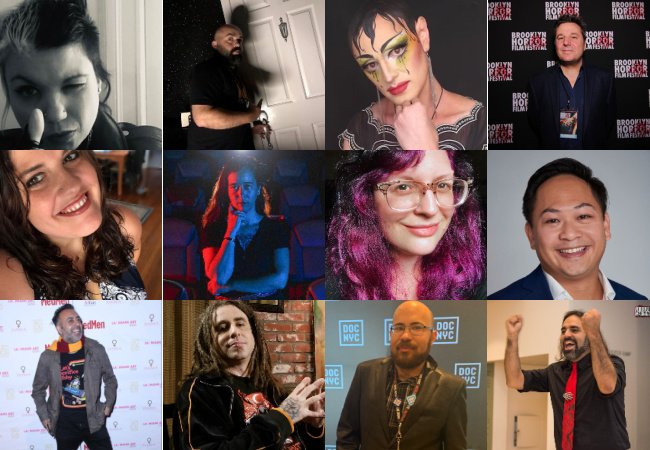 Borat Escapes: Ever wonder how Sacha Baron Cohen gets out of scrapes? This is how:

This was not the easiest movie to make. #BoratSubsequentMoviefilm pic.twitter.com/oagfJoGjNt

Comment of the Day: Andy Bones wrote a response to our piece about Maria Bakalova, who plays Borat’s daughter Tutar in Borat Subsequent Moviefilm, that I wouldn’t dream of excerpting — it’s almost as long as the article. It starts by discrediting a popular conspiracy theory with some thoughts on adrenaline, and eventually moves into a plea for all Americans to tolerate each other. Also, his email address, which I won’t reveal here, is an American Psycho reference I deeply appreciated. Great comment, Andy Bones.