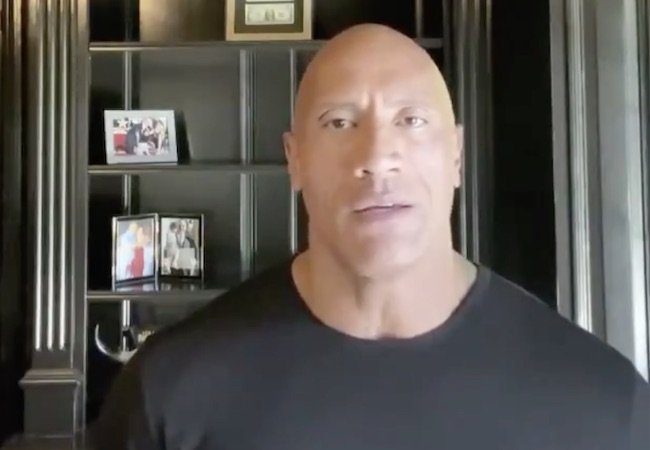 In today’s movie news: A group of filmmakers share the inside dirt on how to get your movie made without going broke; a director breaks down exactly how much he spent and made to make his debut film; and Dwayne “The Rock” Johnson has some thoughts. Plus: Good news from the United Kingdom.

New Demystified: The latest episode of Demystified, created by StudioFest and presented by us, tells you four things indie filmmakers do wrong, courtesy of a no-nonsense film sales veteran. It’s tough but essential viewing. The list begins at 9:30:

Working for Pennies: Director Javier Reyna drove an Uber and cut 17 scenes from his debut feature film, Regionrat,  to get it in under budget. In this scorching piece for us, he explains how the SVOD market pays him just pennies per viewing of his film, and wonders if SVOD will kill indie film.

NMFLA Returns: NewFilmmakers Los Angeles, which champions rising moviemakers, cancelled its monthly film fest in March and April due to COVID-19. It comes roaring back tomorrow with help from the great crowdfunding and SVOD platform Seed&Spark.

The Rock Speaks: We promise not to obsess over every celebrity who speaks out against the guy who inherited Fred Trump’s money, because we remember how that turned out in 2016. But here’s the Dwayne “The Rock” Johnson, who for a brief time was bandied about as a 2020 presidential candidate, decrying our current lack of leadership, and urging us to be our own leaders:

Everyone Loves John Boyega: Many in Hollywood volunteered that they would still love to work with Boyega after he delivered an emotional speech at a Black Lives Matter demonstration in London. “I don’t know if I’m going to have a career after this, but fuck that,” he said. Lucasfilm had the back of the Star Wars star: “We stand with you and support you,” the official Star Wars Twitter account said Wednesday. Boyega didn’t say anything remotely controversial in London. The support for him seems, to me, to be a symbolic way of saying no one should be ostracized for speaking out. Amen.

UK Studios Reopen: Two of the biggest British studios, Elstree Studios and Twickenham Studios, have reopened as the country slowly resumes film and television production, with an emphasis on safety, Deadline reports.

Let’s Take a Minute: Two months ago it sometimes felt unfathomable that anything would ever reopen, so let’s take a moment to be glad about this? Remembering the small successes helps reminds me, when things seem very bad, that progress does happen. You never get a moment when all your enemies are vanquished, people lay gold at your feet, and everyone toasts your name. That isn’t a real thing. All of us will always have a mix of successes and problems. So look for and appreciate the little moments of good news. And use them as inspiration to fix things that are broken.

Advice for Indie Filmmakers: Avoid These 4 Mistakes (Video)
Documentary Grant Writing: Producer and Director Alysa Nahmias On All You Need to Know