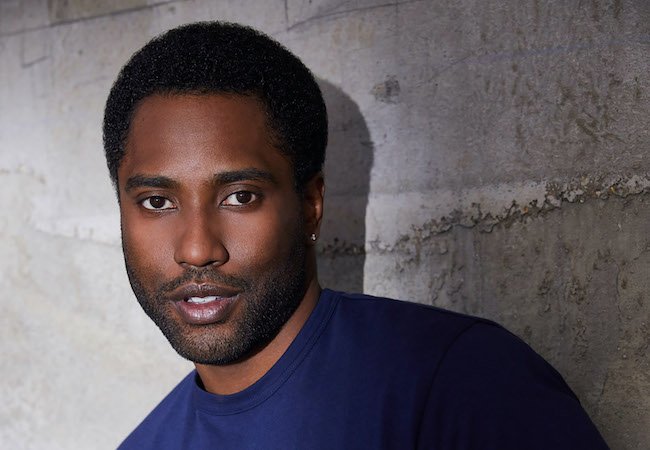 In today’s Movie News Rundown: We talked with John David Washington, The Protagonist in Tenet; Quibi shows annoying promise; screenwriting lessons from Bill & Ted‘s creator; great opening credits sequences; and does Project Power do too much universe building? Plus: Some congratulations out of the BlackStar and Out on Film festivals.

The Protagonist: There are many profiles of the Tenet cast, but this one, by MovieMaker managing editor Caleb Hammond, is the best. It takes us from Washington proudly shouting four iconic words as a child in Malcolm X, to playing professional football, to now starring as The Protagonist in the biggest movie in the world.

Excellent: The Hollywood Reporter has a great profile of Bill & Ted Face the Music writer Ed Solomon, a frequent Steven Soderbergh collaborator whose credits also range from Charlie’s Angels to Men in Black. “Every new script I start, it’s as if I’m learning how to write for the first time,” he says. “Confidence makes you stop questioning. And I think once you stop questioning, that begins your end.”

Purchase a MovieMaker print subscription and we’ll mail you the Summer issue, including our John David Washington cover story, for free

Universe-Building: Is all the rage right now in our IP-driven world. Creators are encouraged to not just tell a story, but build out a world with potential for spinoffs and sequels. In the latest Low Key Podcast, we talk about Netflix’s runaway hit Project Power, and whether its world-building distracts from its self-contained, New Orleans-set story of people dealing with pills that give you five-minute bursts of superpowers. You are required by state and federal law to listen to on Apple or Spotify or right here:

More Congratulations: Atlanta-based Out on Film just announced its lineup of films and events for the 33rd edition of the festival, its first as an Oscar qualifier. This year’s virtual edition will take place Sept. 24-Oct. 4, and highlights include Cindy Abel’s  documentary Surviving the Silence, the story of two women in love who are surviving a closeted military career when one is forced to expel an Army hero for being a lesbian. (Abel recently wrote about it for MovieMaker.) The films also include Monica Zanetti’s prom comedy Ellie and Abbie (& Ellie’s Dead Aunt). Margaret Cho will receive Out on Film’s Icon Award and Scream and Dawson’s Creek writer Kevin Williamson will take part in a “Conversation of Film” discussion. More details are here.

Ugh, I Have to Sign Up for Quibi: The streaming service, especially designed for phones, is sometimes mocked for churning out celebrity-driven content and for its rough start. But it just announced its fall lineup, and the ever-innovating Steven Soderbergh is executive producing a show that sounds perfect for the platform’s use of both horizontal and vertical storytelling. Wireless follows a college student (Tye Sheridan) who, distracted by his phone, plunges off a Colorado road and into the wilderness. “Two narratives play out simultaneously: watch horizontally for a cinematic view; twist vertically to experience Andy’s phone as your own,” Quibi writes. This sounds great, unfortunately.

Killing Me Here: So does Slugfest, Quibi’s new Russo Brothers docuseries about the feud between Marvel and DC Comics featuring Vincent D’Onofrio, Krysten Ritter, Deborah Ann Woll, Morena Baccarin, Tim Blake Nelson, Ron Perlman… okay, enough. I was hoping Quibi would die out before I had to try something new, but nope, seems to be frustratingly full of good ideas.

Something Good on Twitter: Film writer Ross Miller asked a great question — “What are some of your favourite opening credits sequences in movies?” — and wonderful responses (and videos, and GIFS) are pouring in. Enjoy.

Friday film question: what are some of your favourite opening credits sequences in movies? I love the one for Catch Me If You Can. pic.twitter.com/btVc8Qd5Vc