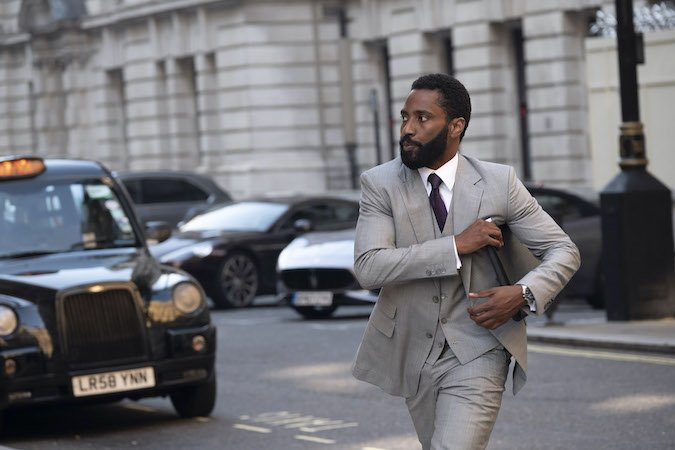 It was January, 23, 2019, a day that John David Washington remembers well, because the day before, many of his BlacKkKlansman collaborators received Academy Award nominations. Still riding high from the joy for his fellow cast and crew, Washington received an email. Christopher Nolan wanted to meet with him.

“Holy smokes. This is not real,” Washington remembers thinking. He lives in Brooklyn but quickly jumped on a flight to meet Nolan at his L.A. office. The vague details surrounding the meeting put him at ease. “It wasn’t about anything specific. It was just, ‘He wanted to meet you.’ In a way, it took the pressure off, just the fact that he wants to say hello to me. This is great; I’ve got nothing to lose. Maybe he doesn’t even want to work with me. Maybe he wants to feel me out on some other people I’ve worked with — I don’t know. But the fact of the matter is, one of my favorite directors of all time wants to say hello. Let’s do this.”

They discussed family, football, Washington’s experience on Ballers, and his other work. The meeting ended after about two hours, Washington says.

“I’ll never forget this, he said, ‘Well, good luck.’ And I’m like, ‘For sure. Oh, so I’m definitely not working with him,’” Washington recalls.

But a few weeks later, Washington learned that he did, in fact, get “the daggone part.”

The movie, as the entire world now knows, was Tenet. But the initial mystery surrounding the nature of the role did little to dampen the excitement in the Washington family.

He told his mother, Pauletta Washington, first. (He typically shares important news with his mother first.) Soon, he says, everyone in the household was “jumping up like we had just won the Super Bowl or the World Cup or something. It was confetti and champagne all around.”

Washington soon found himself back in Nolan’s office reading a full Tenet script. It took about 15 pages for him to finally decipher which character he would play. Nolan was overseas at the time, so Washington hopped on a call with him to discuss the role and the film.

“I had so many questions, and I didn’t have enough time to formulate them right after I read it. I needed at least 36 hours.” Even at the time of this writing, with Tenet in early screenings after months of COVID-19-inspired delays, Warner Bros. still identifies Washington’s character only as The Protagonist.

It’s unsurprising that the notoriously secretive Nolan was elusive in his responses to Washington’s questions about his Tenet character. Washington jokingly recalls answers “like a Jedi Mind Trick.” Nolan addressed his questions in what he recalls as a “very interpretive” manner. For a moment, he imagines the conversation from Nolan’s perspective: “‘What do you think? I think you could think what I’m thinking, but what do you think?”

This role play is brief but comical, and Washington ends with an old analogy: “You can lead a horse to water, but you can’t make him drink.”

The Protagonist accepts all of this confusion. He’s been rolling with the unexpected his whole life. He’s good with surprises and uncertainty.

In fact, he never even set out to star in the most anticipated — and mysterious — movie of 2020.

What he wanted, he thought, was to play football. 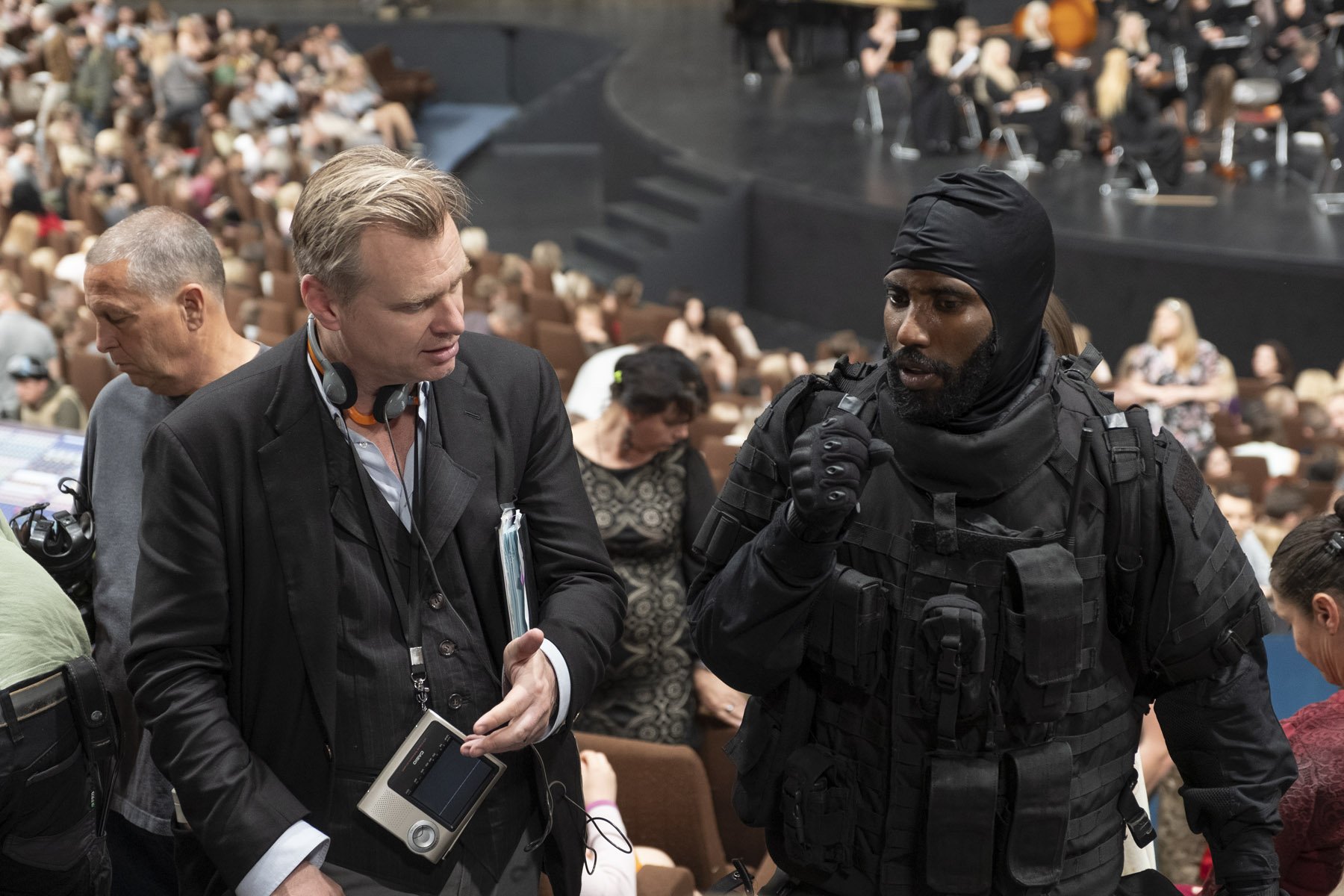 Movies always seemed like the natural path: His father is Denzel Washington, one of the greatest actors of his generation, and his mother Pauletta is an actor and concert pianist. I spoke to John David Washington in late May, just a few days after police in Minnesota killed George Floyd, sparking our national reckoning on policing and race. In the time since, many have turned to cinema to better understand the Black experience in America. Some have watched the films of Denzel Washington and Spike Lee.

Those who screen their most sweeping collaboration, the 1992 biopic Malcolm X, will also happen across the first on-screen appearance of John David Washington, who was seven at the time. He is the first of the ten children who spring from their seats to proudly declare: “I am Malcolm X!”

In a 2016 interview with The Breakfast Club, John David Washington said that he was drawn to acting from early childhood, when he first saw his father perform Shakespeare in the Park. But like most sons, he wanted to prove himself in a field separate from his father’s. He said football became a “positive rebellion crusade.”

He spent the early part of his adult life playing football, first at historically Black Morehouse College, where he set single-game and career rushing records. A 2004 injury, he says, “heavily tested” his Christian faith. But he went on to play for the St. Louis Rams. In 2013, he was preparing for a workout with the New York Giants when he tore his Achilles, an injury that ended his sports career.

These moments now act as “a daily reminder of who’s really in control in my life,” he explains. “I had to reevaluate my faith and how to make it more of a lifestyle, and not an aid to my occupation.”

His occupation changed again. An opportunity arose to act on Ballers, the Dwayne Johnson HBO series set within the world of the NFL. Washington saw the role as a means, he says, “to gain employment through a skill set.” He played Ricky Jerret, a star wide receiver with a heart of gold and a penchant for self-centered behavior. Washington’s charisma tempered Jerret’s occasional boneheaded behavior to make him one of the show’s most watchable characters over its five seasons.

Ballers led to more roles. Washington was shooting David Lowery’s The Old Man & the Gun in Cincinnati in 2017 when Spike Lee called and asked him to read a book: Ron Stallworth’s memoir about successfully infiltrating the Ku Klux Klan in Colorado Springs in the 1970s. Washington told Lee he loved it, and Lee responded with a cool, “See you this summer.”

In Washington’s mind, it seemed like there was only one major role for a Black man in the story, which led him to the reasonable assumption that he would be playing Ron Stallworth. But he didn’t find out for sure until the summer.

He asked his father for advice, given his starring roles for Lee not just in Malcolm X but also in Mo’ Better Blues, He Got Game, and Inside Man. 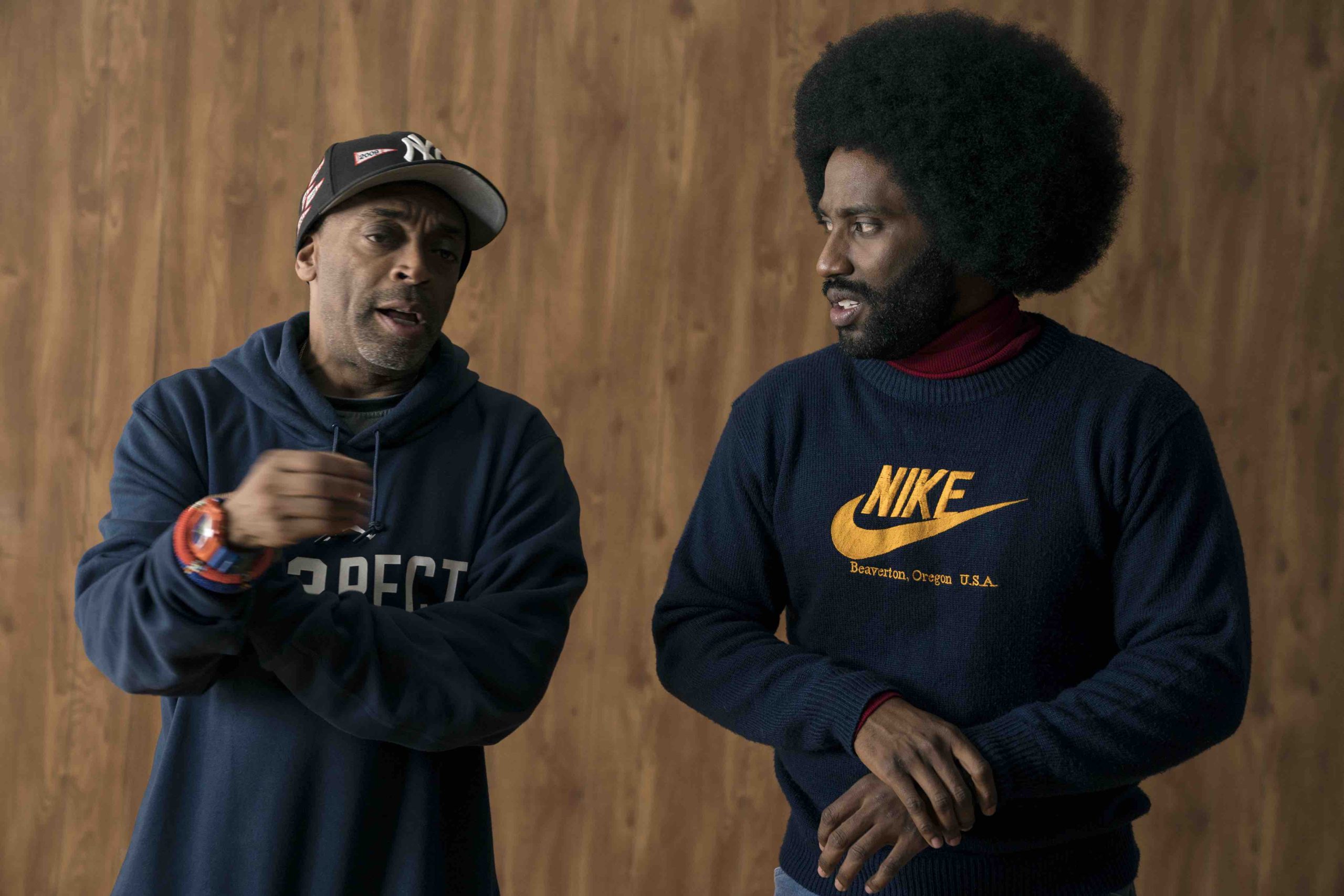 Spike Lee (L) and John David Washington on the set of BlacKkKlansman. Photo by David Lee

“He told me to feel free to try things. ‘Spike’s going to let you go. He’s going to give you that room to express yourself.’ That was true to form,” Washington says.

“He is in his element. He’s like a little kid on set. It was so infectious,” Washington says, before qualifying: “As long as you’re on your job. If you’re not on your job, if you’re slipping, you will hear about it. He’s like a coach in a lot of ways. You see the people that have been around and with him for so many years, and it’s for a reason. When you do your job right, you’re going to get rewarded in ways.”

He adds: “Getting a compliment from Spike Lee feels so freakin’ good. Because you feel like you really earned it, because he can be tough. When you get some love from Spike, it’s genuine. And it’s motivating.”

Lee left him room to explore, just as his father had predicted. “If he didn’t like what I did, he’d tell me, but he wouldn’t suggest what to fix — he would just tell me to try something else.

“To the stuff he did like — all the stuff that was working — he wouldn’t even comment. Production would just keep going. We’d just keep working. I love that.”

He adds: “With Spike Lee, I felt a freedom that I have to be honest, I’ve only felt with Chris [Nolan] before. I’m talking about a complete trust in my abilities.”

Continue for more of John David Washington on Tenet