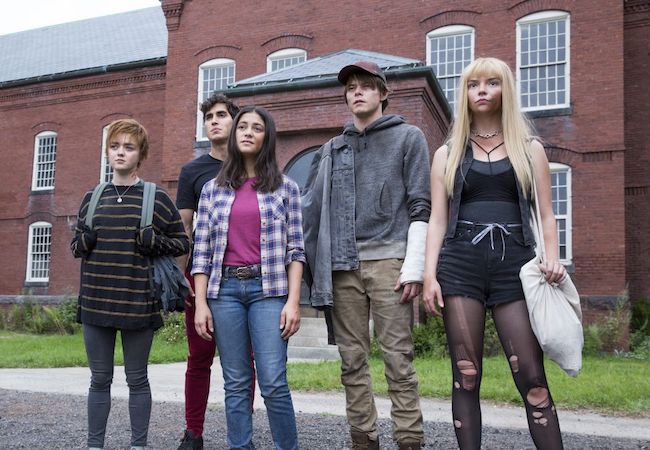 In today’s Movie News Rundown: Some critics are refusing to review New Mutants because of safety concerns; scientists discuss whether movie theaters are safe; and meet a man who is flying to see Tenet.

Nope: Indiewire reports that its critics, as well as those for The Boston Globe, The A.V. Club and RoberEbert.com, are refusing to review The New Mutants because Disney won’t make screening links available or hold socially distant press screenings. “The only option Disney is giving critics to review The New Mutants is to attend public screenings, which remains a health risk amid the coronavirus pandemic,” IndieWire writes.

So: Now’s the time when people in much of the country have to decide: Are movie theaters safe? Please don’t take any advice from film reporters like me. But here’s some advice from scientists I found helpful as I make my decision.

Comments From Scientists and Links Where You Can Read More: The CDC considers being in a movie theater among “higher risk activities.” This NPR story cites an epidemiologist and infectious disease expert who both consulted with the National Association of Theater Owners on new theater protocols. “It’s important to understand that going to the movies is not risk-free,” said David F. Goldsmith, the George Washington University epidemiologist. Dr. Joyce Sanchez, an infectious disease specialist at the Medical College of Wisconsin, says that in theaters, unlike in restaurants and bars, people are not speaking (hopefully), though she notes that people can remove masks to eat or drink. But this Health story offers a different view from Anne Rimoin, a professor of epidemiology at UCLA Fielding School of Public Health: “The virus is transmitted through droplets when we talk, laugh, and breathe. A movie theater is a place where you sit with a room full of strangers eating and drinking for two to three hours with sub-optimal ventilation… It’s exactly the type of scenario we need to be avoiding to reduce opportunity for the virus to spread.”

Personally: I’ve bought tickets to Tenet, and plan to sit in the front row, wear a mask the entire time, not eat or drink, avoid the bathroom, and sanitize everything around me. But I’m only doing this because I’ve temporarily living in Massachusetts, a state that seems to be doing relatively well. Obviously the only 100% certain way to avoid COVID-19 in a movie theater is to stay out of movie theaters.

Another Perspective: This Variety story introduces us to a 24-year-old who plans to fly from Los Angeles to Austin to see Tenet twice and fly home. It’s helpful to remember that people flying to see Tenet are outliers, not the norm.

Incidentally: A Hollywood Reporter critic did review The New Mutants, and found it to be rather “generic” and unremarkable.

The 40-Year-Old Version: Here’s the great trailer for Radha Blank’s debut as a writer, director, producer and star — the story of a struggling playwright who reinvents herself as a rapper right before her 40th birthday. MovieMaker Magazine interviewed her recently and we can’t wait to share her advice on screenwriting in the next issue. The film is out Oct. 9 on Netflix.

Congratulations: To Morgana, which is now screening digitally through the Fantasia Festival in Montreal and was just picked up by Juno Films for distribution. The film by Josie Hess and Isabel Peppard is a good-humored, encouraging documentary about a middle-aged Australian woman named Morgana Muses who ends her loveless marriage, becomes desperately depressed, rediscovers her sexuality through an encounter with a male escort, and moves to Berlin to be part of a female-focused erotica-making collective.

Tom Cruise’s Thoughts on All This: The pandemic stuff, not the Berlin erotica collective, can be found in yesterday’s Movie News Rundown.

How 1BR Abandoned the ‘Save the Cat’ Concept Completely (Podcast)
Does Project Power Do Too Much Universe-Building? (Podcast)