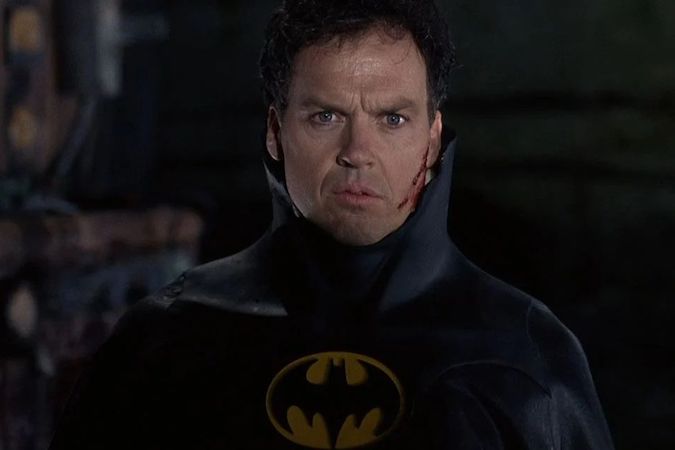 But First: If you like this newsletter, please sign up to get it e-mailed to you. It helps.

Why Michael Keaton Left Batman: Michael Keaton, who will return to playing the Caped Crusader in a Flash film later this year, talked to Backstage‘s The Envelope podcast about why he opted not to do Joel Schumacher’s two films in the series that started with Tim Burton’s Batman and Batman Returns. The short version: Those films weren’t about Bruce Wayne. “I know the name of the movie is Batman, and it’s hugely iconic and very cool. I always knew from the get-go: It was Bruce Wayne. … That was the secret… it’s about Bruce Wayne: Who’s that guy? What kind of person does that? Who becomes that?”

An Aside: I have it on very good authority, from folks who worked on Matt Reeves upcoming The Batman, that the film will very much confront the question of where Bruce Wayne ends and Batman begins. We’ll elaborate much, much more in the next issue of MovieMaker, out this month. If you’re a huge Batman fan, I’d gently recommend that you subscribe now.

Credit Where It’s Due, HBO Max: Speaking of Batman? A little over a year after Dark Knight director Christoper Nolan called HBO Max “the worst streaming service” because of Warner Bros. decision to release all 17 of its 2021 films both in theaters and online, that strategy has some validation: AT&T reported today that HBO and HBO Max now have nearly 74 million subscribers, slightly ahead of the company’s own predictions.

How Many Subscribers Does Each Streaming Service Have?: Of the longer-established services we call Big Streaming, Netflix has about 214 million subscribers, Amazon Prime has over 200 million, and Hulu has about 43 million. Which means HBO Max has leapfrogged Hulu in the 18 months since it launched in May 2020. Disney+, which started in November 2019, has over 118 million subscribers.

On a Personal Note: Our house is pretty much constantly tuned into HBO Max, thanks to The Sopranos, Curb Your Enthusiasm, Hacks, The White Lotus, Mare of Easttown, and other shows we watched obsessively over the past year. Of course, that was all disrupted by the return of Netflix’s Cobra Kai. And Netflix seriously steps it up come award season — Jane Campion’s Power of the Dog is one of the best films of 2021, if not the best.

Hey, Also: Have you ever noticed that everyone calls their parents’ house “my mom’s house” even if both their parents work outside the home and their dad is still alive, living there, and sharing the rent or mortgage payments? That’s a thing I like and support.

Jonah Hill’s Insults: The Don’t Look Up actor spent an entire day on-set improvising insults, according to Jennifer Lawrence, who calls it “the best day of my life.” Sorry, guy who recently married Jennifer Lawrence.

Hot Jonah Hill Gossip: When I worked at TheWrap, we had huge celebrities coming into our office all the time. (This is back when people went to offices.) Pedro Pascal once got a haircut in my office, and no one cleaned up the hair. (Except me, hooray.) Of all the people who came in, the two coolest were Kathy Griffin, who roasted us all until our boss made it stop, and Jonah Hill, who went around to every single desk, greeting everyone, politely and with apparent interest in how they were doing. Nice guy, I’m saying. So nice, that in the dark corners of my mind, I thought, This dude is about to get arrested for something. But I was wrong! He was just being cool.

Were Joel Schumacher’s Batman Movies That Bad? Okay, look. Maybe Batman Forever had its moments. Val Kilmer was a terrific Bruce Wayne. But as for Batman & Robin, you don’t have to take it from me — take it from the late, great Joel Schumacher. “Look, I apologize,” he told Vice in 2017, in reference to the film that featured a nippled Batsuit and Arnold Schwarzenegger as a pun-spouting Mr. Freeze. “I want to apologize to every fan that was disappointed because I think I owe them that.”

‘What If All Those Speeches Were Songs?’ Here’s a look at Joe Wright’s Cyrano, in which lover-ghostwriter Cyrano de Bergerac (Peter Dinklage) feels encumbered not by a long nose, but by his height. If the Oscar campaign for this one doesn’t include the pull quotes “Sweeping!” and “Majestic!” something is very wrong. Actually, MGM, feel free to quote me calling Cyrano “Sweeping!” and “Majestic!”

Jonah Hill Spent an ‘Entire Day’ Coming Up With Insults on Set of Don’t Look Up, Jennifer Lawrence Says
Inside the Visual Effects of Succession Season 3 With Phosphene’s Aaron Raff