Why Are Musicals Harder to Sell?

Back in the 1930s and 1940s, musicals dominated the cinemas. While the genre continued on strongly through the 1950s and 1960s, the hunger for musical feature films slowly began to taper off.

As cinema entrenched itself into more realistic tones during the 1970s, the musical slowly began to fade away. Audiences came to view musicals as artificial and unrealistic—the antithesis of gritty late ’60s and ’70s realism. Viewers questioned the staginess of characters shifting between registers in a seemingly unnatural way—from talking, to singing, and back again.

With the exception of the Disney renaissance of the ’90s, and one-off critical darlings like 2002’s Academy-Award winning Chicago, audience demand for musicals has continued to diminish into the aughts.

What then is the secret of a film like La La Land and Grease, which won at the box office and along award circuits alike? To answer that question, you have to answer the question your own screenplay has for you.

What Is Your Musical Really About?

If you’re writing a musical script and you don’t know the answer to this question, there’s a problem. You likely haven’t injected the musical numbers with much substance, forcing the reader to ask, “Why do these musical numbers need to be in this script?” Musicals blur the lines between fact and fantasy, and if you can’t substantiate the way your film plays with that boundary, audiences won’t buy it. 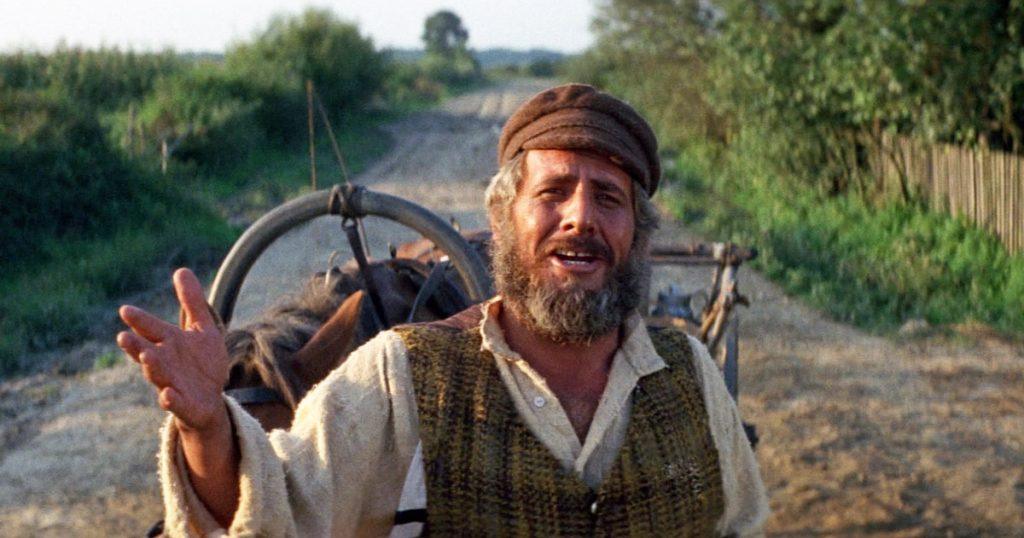 “When Jerome Robbins agreed to direct the original Fiddler On The Roof, he asked the authors a crucial question: ‘What is your show about?’ They answered that it was about a Russian-Jewish milkman and his family, and Robbins told them to think again. He wanted to know what the show was really about at its emotional core—what was the main internal force that would drive the action and touch audiences both intellectually and emotionally? Eventually, the authors realized that the show was really about the importance of family and tradition, and about what happens when a way of life faces extinction. This not only gave them the idea for a magnificent opening number (‘Tradition’)—it also gave what could have been a very parochial show irresistible universal appeal. This is why the fable of Tevye the Russian-Jewish milkman has moved audiences all over the world.”

All the major musical smash-hits of the past ten years can be reduced to an essential core of meaning:

La La Land is about sacrificing everything to follow your dreams.

Frozen is about being yourself and not being ashamed of it.

Les Misérables is about love and redemption.

These themes are timeless, and pull at the heartstrings of audiences.

When you get to the core of the story and characters, you interweave those themes into every plot point, every character arc, every line of dialogue, and especially every musical number. The musical numbers in particular need to be expressions of those themes. They are meant to be a heightened version of the dialogue.

Before we dive into the details of formatting your musical screenplay, let’s talk about writing. Thought it’s the fundamental heart of any film, the written substance of a screenplay can often end up playing second, third, and even fourth fiddle to elements of filmmaking like funding, technical shooting aspects, and casting.

Without a compelling story and compelling characters, your screenplay won’t have much value. Not even spectacular lyrics and music can save you.

The purpose of a musical is not just to use music as a way to tell a story. It’s to tell a story with enhanced emotional impact through song, dance, and musical composition. When you know what your story is really about—its universal themes—you can write music and lyrics that build upon the action and dialogue of the characters.