How to Catch Attention With Your Musical Numbers

The sole antidote to a lengthy musical screenplay is to write strong lyrics that read as poetry. That is when knowing what your story is really about matters most, because you will be able to communicate your musical’s themes in a way movies running solely on dialogue can not.

When you view the script for the live-action Beauty and the Beast, the format is close to the same, but instead of having the lyrics in ALL CAPS, the screenwriters decided to use italics to denote singing:

The difference between the two is subtle. From a script-read perspective, the ALL CAPS option stands out more, but can get overbearing to read if a long song is present. 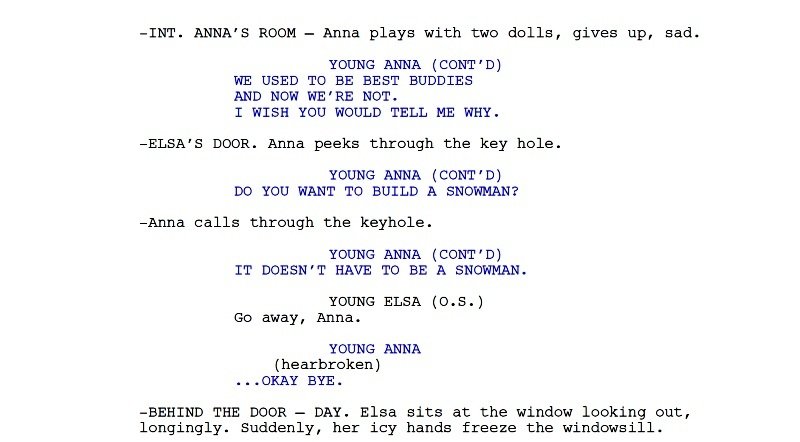 The writers used both ALL CAPS and blue text to convey the song lyric moments.

Between those three examples, there is no clear right or wrong way to present the lyrics. The clear objective is to allow for the best read possible, where the reader can differentiate between spoken dialogue and song lyrics in easy fashion.