You have a great story, great characters, and know everything there is to know about formatting a feature-length screenplay. But there’s one problem—you want to write a musical. How does that change the screenplay’s structure and format?

It’s one of the most unique questions a screenwriter can have, whether they’re writing a full-out musical for the big screen, or have scattered musical numbers throughout their script.

If you’re aching to write a musical, have musical numbers planned for your feature screenplay, or have moments within your non-musical script that require special format, here is everything that you need to know, complete with full-length feature musical scripts that you can use as examples. 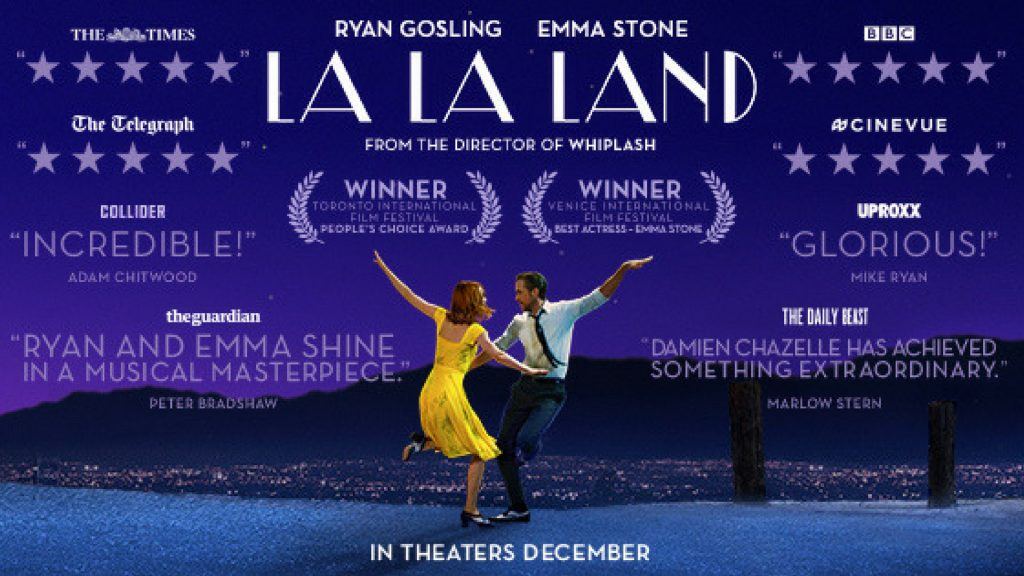 La La Land was a surprise box-office smasher and record-breaker in 2016.

First Ask Yourself: Does It Have to Be a Musical?

“An original Hollywood musical is an unusual decision for any studio in this day,” Lionsgate Motion Pictures Group co-president Erik Feig told Deadline. This was the studio behind the Oscar-winning and box office hit musical La La Land.

If you’re going to sell your musical on spec (writing/pitching without the guarantee of sale, or commission for work), it’s going to be an uphill battle. The majority of musicals that do make it to the big screen are based on pre-existing source material (Les Misérables), are written and directed by auteurs (Damien Chazelle from La La Land), are developed from within big studios, or are animated features (Frozen).

Damien Chazelle stated in the same Deadline article, “There wasn’t a lot of excitement in the room when we initially pitched La La Land around town. Here we are with an original musical, one that incorporates jazz, and a love story where the protagonists may not wind up together; everything was a further death knell. The genre itself, when it’s not based on a pre-existing property, is a scary thing, but the fact that there haven’t been any in a while was part of the appeal.”

Feig said that the reason Lionsgate greenlit the musical was because “We often make left-of-center decisions. When you look at the success of both companies under one roof, whether it’s a Tyler Perry comedy, The Hunger Games, Twilight … or on the TV side with Orange is the New Black, what’s interesting is that most of what’s worked has been unconventional bets across the board in most genres.”

While selling musicals on spec is a long shot, that doesn’t mean that it won’t happen. Take a look at your story and make sure that this uphill battle is going to be worth it. Ask yourself, “Could this story work just as strong without the music?”

If the answer to that question is no, then here is what you need to know about writing musical screenplays.

Cinematic musicals can generally be broken down into two specific types. There are examples of within both camps, it’s just a matter of working out which format is right for your idea.

The perfect example of this type of musical is Les Misérables (click through the title for the feature length script).

In an integrated musical, musical numbers break up the plot, being integrated into the narrative action. Sometimes numbers are staged to advance elements of the plot along, sometimes they are meant to enhance the significance or emotional affect of a certain plot device, other times, they are simply for show.

Olivia Newton-John and John Travolta’s roles in the musical Grease were career-making.