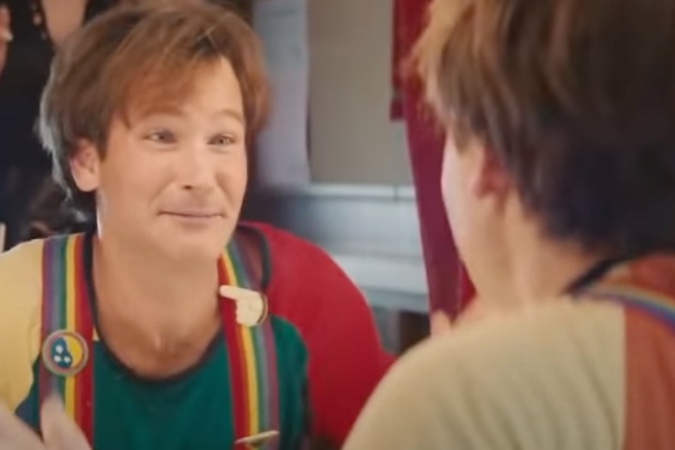 But First: I’m late to this, but may I highly recommend The Guilty? The Antoine Fuqua film, now on Netflix, is about a cop (Jake Gyllenhaal) placed on 911 duty. What starts as a typical thriller slow-burns into a devastating, deeply human allegory about policing.

Also: Here is Caleb Hammond’s interview with cinematographer Maz Makhani about the making of the film.

And Now: Edgar Wright Presents… Our new cover. We love it. Here it is.

I'm very honoured to be on the cover of @moviemakermag (looking like an evil Svengali) alongside Thomasin McKenzie, the wonderful star of #LastNightInSoho. Check out their story of the making of the movie here. https://t.co/dL6y0SrJS2 pic.twitter.com/fJJNPy3Fwm

Thanks: Huge thanks to Margeaux Sippell for doing a killer job on this newsletter for the last few days! I know you all enjoyed it being better than usual — and we all look forward to her return. We’ll be trading off a bit more to keep things fresh.

How to Collaborate: Here’s Chris Gallagher, the head of animation for the Savannah College of Art and Design, on the art of collaboration.

Strike Date:  You know that strike we’ve been warning about? A date’s been set. IATSE, the union representing cinematographers, operators, grips, editors, costumers and writers assistants, among others, will begin a nationwide strike against the major studios this coming Monday. They’re asking for better pay and more reasonable hours, and negotiations continue with the Alliance of Motion Picture and Television Producers, which represents the studios.

Netflix and Chappelle: Trans Netflix employees and their supporters plan a walkout next Wednesday in protest of Dave Chappelle’s new special, The Closer, which I wrote about here. But Variety reports that Netflix co-CEO Ted Sarandos has no plans to pull the special, saying in an email to employees, “While some employees disagree, we have a strong belief that content on screen doesn’t directly translate to real-world harm.”

Carpe Diem: An actor named Jamie Costa did just that, becoming an internet sensation by releasing a short video in which he plays a 1982 Robin Williams, receiving some bad news on the set of his sitcom Mork & Mindy. Costa presented it as “test footage,” though in fact it feels like a full scene, or, I would argue, a perfectly sufficient short film. People on the internet immediately demanded a Robin Williams biopic, starring Costa, of course. So get on that, Hollywood, before the internet gets distracted by something else. (Yes, I’m aware that movies usually begin with a script, and not, “This guy has a great Robin Williams imitation!” But in the age of crowdfunded films, anything is possible if enough people believe.)

Request: I don’t know if Jamie Costa does requests, but based on his look, I feel like he’d do a good Patrick Swayze.

The Tender Bar: Remember when Robin Williams and Ben Affleck and some other folks collaborated on one of my favorite movies, Good Will Hunting? You may be getting strong Good Will Hunting flashbacks this week, between the video above and the release tonight of Ridley Scott’s The Last Duel, which reunites Affleck and Matt Damon. Anyway, people who liked them apples will probably also like the upcoming George Clooney-directed film The Tender Bar, which is based on Pulitzer Prize winning author J.R. Moehringer’s memoir of the same name about a fatherless boy raised with the help of his family, including his bartender uncle Charlie (Affleck).