How to Collaborate: Advice from Chris Gallagher, Head of SCAD Animation 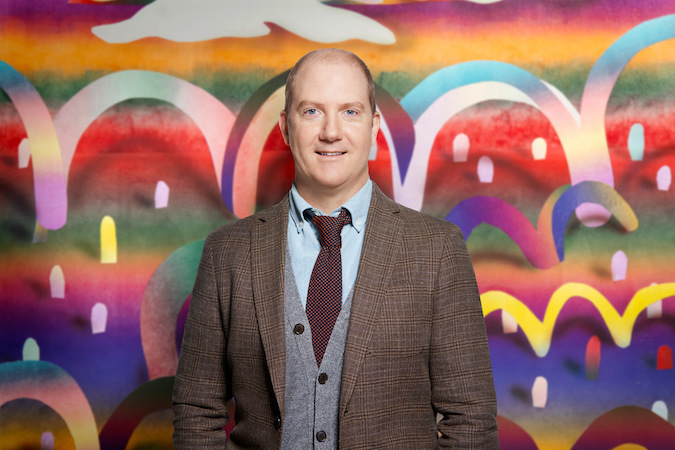 Chris Gallagher has led the animation department at Savannah College of Art and Design since 2017, and spent the previous decade working as a technical director, first at Sony Pictures on projects including I Am Legend, Spider-Man 3, and Surf’s Up, and then at Walt Disney Animation Studios, where he worked on the Academy Award-winning films Zootopia, Big Hero 6, and Frozen as well as hits like Moana and Wreck-It Ralph. SCAD Animation Studios, launched in 2019, sets out to help prepare students for careers in animation, visual effects, motion media design, and interactive design and game development.  Its first film was “Bearly,” a musical short that debuted at SCAD AnimationFest 2020, after a collaboration between nearly 60 SCAD students. SCAD Animation Studios recently premiered its new 3D film “Hex Limit,” which depicts a steampunk broom race. In this piece, Gallagher shares five tips for effective collaboration.

1. Cultivate soft skills: Soft skills are the secret sauce. When I worked at Walt Disney, it was the most collaborative experience possible. That means speaking your mind, listening, and taking notes. I see those three things as really one thing, which is being in tune with your team. That’s the heart of effective collaboration.

Story continues after this trailer for “Bearly”:

2. One screen at a time: When the pandemic hit, we were already working on our first SCAD Animation Studio film, “Bearly.” We had to pivot to working fully virtually to get it done. This meant all our students had to understand how to communicate effectively in the virtual realm and transcend the traditional classroom setting. Our emphasis was on communicating ethically, morally, and professionally. The paradigm became, “Let’s work as a true production studio. Keep your camera on, don’t look at Discord or play video games on another monitor, and engage your fellow students, who are your future peers in the industry, so that collaboration can happen in real-time.”

A still from “Hex Limit,” from SCAD Animation Studios

3. Incentivize improvement: To be part of SCAD Animation Studios, students must submit their portfolio or be recommended by a professor. The only barrier to participation is the quality of your work. A first-quarter, first-year student can be involved, as can a graduate student with one quarter left. Of course, sometimes a student has the desire, but they’re not yet ready. We might tell students to come back in six months and show their new work. That gives them the incentive to push themselves to their point where they’re ready to collaborate in a studio setting.

4. Respect experience: Respect people with experience, which will stand you in good stead throughout your career. One thing about our SCAD faculty is that we have a lot of professional experience working in the field on massive projects. Learning from someone who has more experience than you do is actually a huge part of making collaboration possible. They will show you how they accomplished what they did, which gives you a better base to work from. It makes heavy lifting feel lighter.

5. Pull back the proverbial curtain: People love behind-the-scenes, making-of type programming. One of the most popular parts of last year’s SCAD AnimationFest was our panel on the making of “Bearly.” One thing about seeing how films are made is you realize how collaborative they are. The long list of credits takes meaning for someone outside the industry. And for the people doing the work, it’s a great reminder that the only way they reached the finish line was through collaboration.