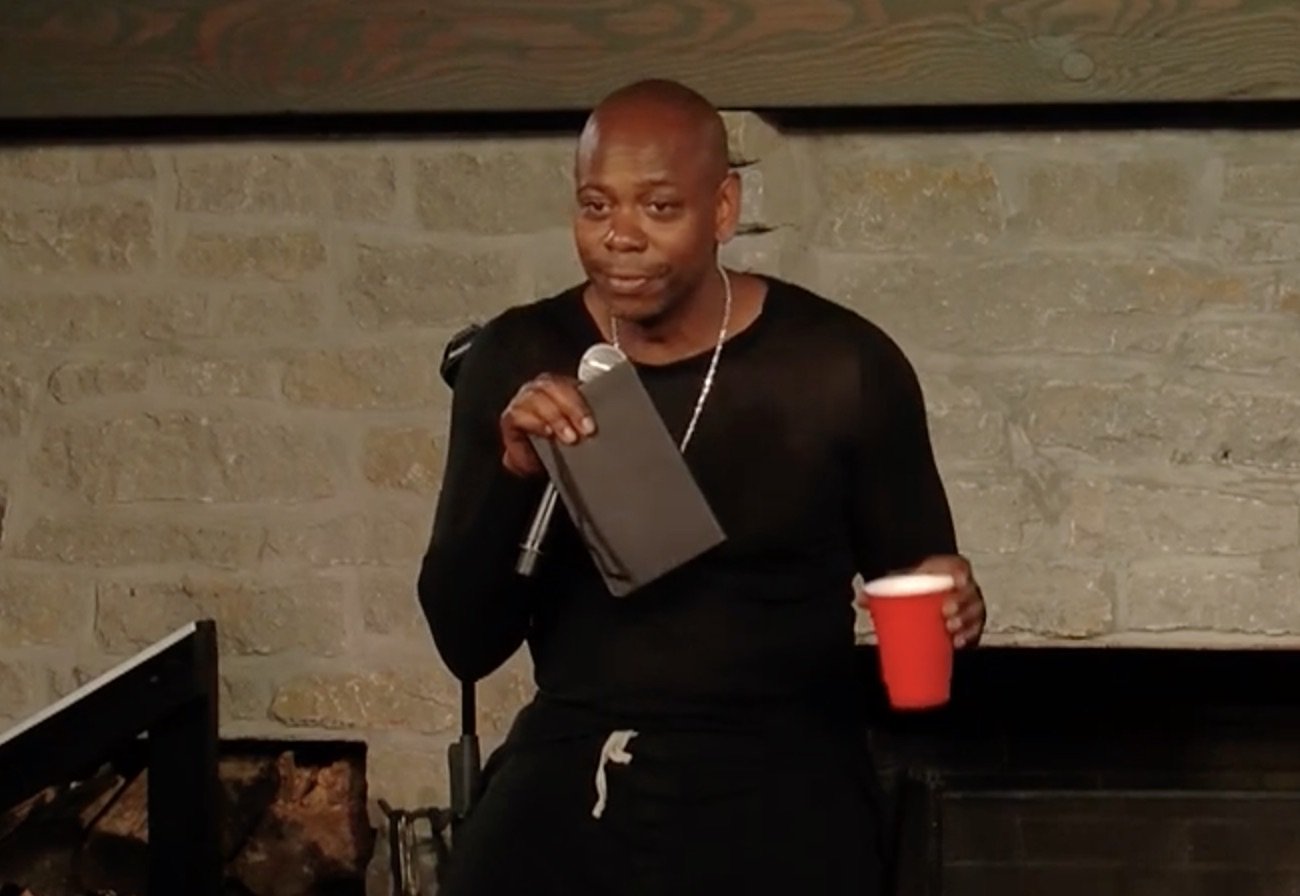 In today’s Movie News Rundown: Dave Chappelle releases a new film-special that captures this moment exactly; Los Angeles County allows filming to resume, with lots of conditions; and we invite you to listen to The Industry, a new podcast about Hollywood’s oddest forgotten stories.

LA County Allows Filming Again: Please, no one jump into a director’s chair, because there are  strict new standards among crowd scenes, fight scenes, sex scenes, and everything else. Also: Director’s chairs are made of cloth, and you should use a chair that can be frequently wiped down. If you want to skip our summary and go straight to the county’s protocols, here they are.

Right on Time: A new Dave Chappelle special, released for free on YouTube, is as good a picture as you’ll find of America circa June 12, 2020. It begins with people arriving to have their temperatures checked and sit separated in front of a rural stage to watch our greatest comedian discuss the killing of George Floyd and the state of the world. Gorgeously shot, 8:46 is powerful even before Chappelle begins to speak. And when he does… just watch.

Listen?: Sometime this weekend, we urge you to check out The Industry, a new podcast we’re presenting from Dan Delgado that combines the history of You Must Remember This with the sensibility of How Did This Get Made. You can listen and subscribe on Apple or Spotify or wherever you subscribe to podcasts. The latest episode is about how John Barry, who won an Oscar for building the worlds of Star Wars, ran into a disaster when it came time to direct his own film, Saturn 3. But we also recommend fantastic past The Industry episodes about Michael Cimino, William Friedkin, and — one of our favorites — two dueling Lambada movies. If you can’t find it on your favorite podcasting platform, hit us up in the comments and we’ll help. Or you can just click here:

Marketing Is Harder Now: Ex-marketing exec and current educator Russell Schwartz says movie ads will now be “20 seconds to sell the movie and 10 seconds to sell the audience on the idea of even going to the theater.” He’s quoted in a terrific Hollywood Reporter piece about what films audiences will consider “mask-worthy.”

No Pressure: Robert Pattinson learned he had been cast as Batman on the first day of shooting Tenet. Here are the details.

How Are the Reviews?: If you’re dead-set on watching Netflix’s Last Days of American Crime, maybe don’t consult Rotten Tomatoes first. It has a zero. Which begs the question: Should filmmakers care what critics think? Feel free to weigh in in the comments.