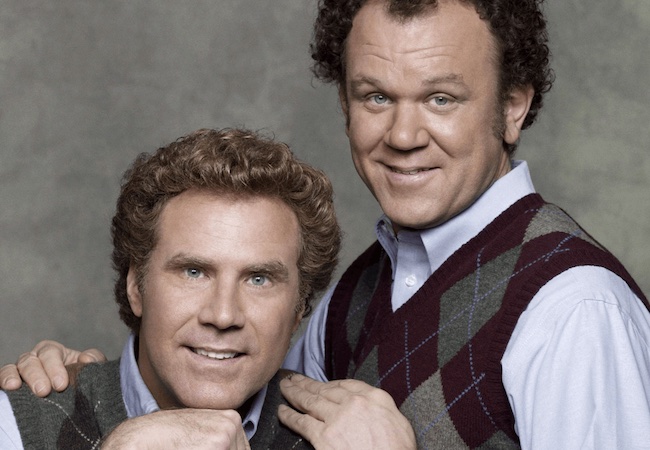 Alec Baldwin sits down for an “intense” and “raw” interview about the Rust shooting; blame the Los Angeles Lakers for Will Ferrell and Adam McKay splitting up; the Scary of Sixty-First editor Sophie Corra on how we can learn fearlessness from the pre-code Hollywood of nearly a century ago. All in today’s Movie News Rundown.

Recommended Reading: Here is a magnificent — no exaggeration — piece from Sophie Corra, editor of the new film The Scary of Sixty-First, about two roommates who move into Jeffrey Epstein’s former apartment. As you can guess from the film’s subject matter, she thinks filmmakers should never be afraid to take on difficult material. She also says we can learn from the courage of the past. The film, directed by Dasha Nekrasova, is out tomorrow in Los Angeles and expands to New York on Dec. 17.

Also: Corra talks about having dinner with Whit Stillman, a director I adore. And while we’re here, let’s revisit Caleb Hammond’s cover story on Nekrasova (who of course we all enjoy as Comfry on Succession) from this past spring.

The Scary of Omicron: The Hollywood Reporter has this piece noting that Hollywood is afraid that moviegoers will be afraid to go back to theaters this holiday season because of The Omicron Variant, which is a flat-out terrific name for a 1978 movie based on a Michael Crichton novel. Hollywood, get on this.

Alec Baldwin Interview: ABC News’ George Stephanopoulos sat down with Alec Baldwin about the Rust shooting that claimed the life of cinematographer Halyna Hutchins in October. The anchor said on Good Morning America today that of all the interviews he’s done, this is the “most intense I’ve ever experienced.” He added that Baldwin was “so raw. As you can imagine, he’s devastated. But he was also very candid, he was very forthcoming, he answered every question.” Stephanopoulos continued: “He talked about Halyna Hutchins, he talked about meeting with her family as well, went through in detail what happened on the set that day — and I have to tell you I was surprised in many places over the course of that hour and 20 minutes.” The interview will air as a primetime ABC special tomorrow and will subsequently air on Hulu. Alec Baldwin was both the producer and star of Rust, and held the gun that fired the fatal shot. He says he did not know it was loaded with live rounds.

Update: An earlier version of this post said Baldwin fired the fatal shot, but I’m rephrasing that based on this report that Baldwin says he didn’t actually pull the trigger. It’s up to the authorities to sort out what happened.

Films From AFM: As you may recall, we’re profiling some filmmakers we met through the American Film Market last month. Today: Check out the trailer for Features, “a movie and music experience” from director, producer and co-writer Michael Sandy. It’s very stylishly shot and the song is stuck in my head, but since the trailer doesn’t play the whole song I’m making up words for the parts I haven’t heard yet. Mostly that involves rhyming words with “features” — creatures, preachers, beseechers. I beseech you to watch this:

Adam McKay and Will Ferrell: HBO’s untitled ’80s Lakers project has much for us to celebrate: John C. Reilly as Jerry Buss! Adrien Brody as Pat Reilly! Mike Epps as Richard Pryor! But it is also, according Adam McKay, the reason for McKay’s split with his Anchorman at Step Brothers collaborator Will Ferrell.  McKay says his decision to cast Reilly, Ferrell’s best friend, as Buss led to the breakup of McKay and Ferrell’s two-decade partnership. Ferrell had wanted the role, but many involved in the project thought Ferrell, who has no resemblance to Buss, was wrong for the project. “I fucked up on how I handled that,” McKay told Vanity Fair.

Separate Paths: McKay’s latest, Don’t Look Up with Leonardo DiCaprio and Jennifer Lawrence, will be in theaters Dec. 10 and Netflix Dec. 24. Ferrell’s latest, The Shrink Next Door with Paul Rudd, is now streaming on Apple TV+. The Omicron Variant is at the San Pedro Drive-In on a triple feature with Capricorn One and The Black Hole.

Subtext: Here is a scene from Whit Stillman’s 1994 film Barcelona: