Year on Fire: How Claire Mathon Shot Portrait of a Lady on Fire and Atlantics 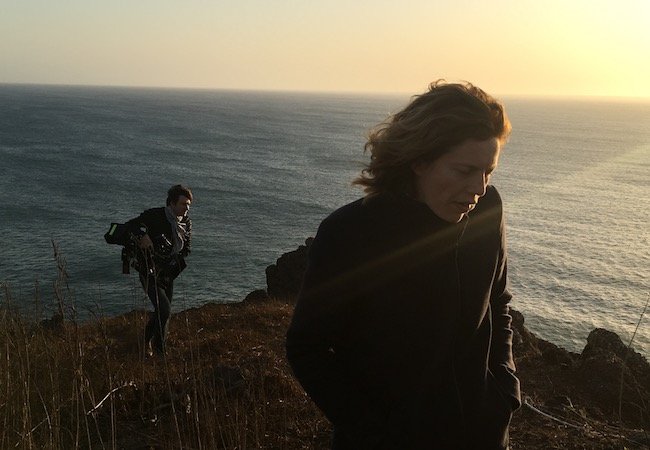 In one year, Claire Mathon shot two spellbinding love stories separated by time and geography: Céline Sciamma’s Portrait of a Lady on Fire and Mati Diop’s Atlantics. MovieMaker spoke with the French cinematographer and both directors about the films. Portrait of a Lady on Fire is an 18th-century love story between two women, and Atlantics a supernatural love story set in modern-day Senegal. It was originally titled The Fire Next Time, and both films share a similar inextinguishable energy.

“It was really a year on fire,” Mathon recalled.

Portrait of a Lady on Fire

Painting is an indelible part of Sciamma’s film, so she and Mathon, first-time collaborators, visited Paris’ Louvre Museum to appreciate female painters such as Élisabeth Vigée Le Brun, Artemisia Gentileschi, and Adélaïde Labille-Guiard. They were also inspired by Jean-Baptiste-Camille Corot’s landscapes.

Also Read: The Best Places to Live and Work as a MovieMaker, 2020

“One doesn’t much perceive the color and the direction of the light in his paintings, but rather how the light causes the color of skin, of fabric, and the backgrounds to appear,” Mathon told MovieMaker. “As though the color of the light was what is most capable of causing the subject’s colors to appear.”

Sciamma and Mathon also looked to a cinematic inspiration.

“Throughout our discussions, the only film Claire and I watched was Barry Lyndon, because Kubrick made strong choices to build that period drama. It gave us tools to create an experimental world,” Sciamma told MovieMaker.

Mathon and Sciamma also wanted to subvert the past.

“We wanted to invent our own 18th century—our 2018th century, as Céline would say—by giving it a contemporary resonance,” Mathon said.

They shot with a RED camera with the 8K MONSTRO sensor outfitted with a Leica Thalia prime lens set after toying with the idea of shooting on film. Mathon said Sciamma had a precise directing style, concentrated on how the frame interacts with the actors. She recalled long shots between actresses Noémie Merlant and Adèle Haenel being choreographed to extreme detail, “down to the last millimeter of the position of their faces in relation to one another.”

One example of the meticulous blocking was a shot of the actresses in profile, on a cliff, in which Merlant’s character, Marianne, can’t see Haenel’s character, Héloïse, because they are so close.

“Filming the language of their gazes, the force of attraction between the two women, was one of the subjects of our work,” said Mathon. “We had to try to be a camera that peered deeply.”

A series of tracking shots early on create a single trajectory to the moment when Héloïse’s face is revealed. Mathon enlisted a Steadicam and ensured there was always enough distance between the camera and the subjects so that their faces were centered correctly within the frame.

Portrait of a Lady on Fires also features dream-like premonitions of Héloïse wearing a white dress, bathed in an angelic glow. Instead of leaving the effect for post-production, Mathon decided for an organic approach that would give the impression the moment was lit by the light of day. The challenge was not to light anything around her, so that she was the only light source.

“I like its subtle mixes of color and its ever- changing reflections, but in this case I had to hold this softness, this shape in the skin, as if the light emanated from their faces,” she said. “I had to capture the variations, the slightest tremor, let redness appear, feel their emotions without the light ever taking over.”

She wanted softness with no hard shadows, and slightly satiny images that still felt natural and alive.

“I took a great deal of pleasure in watching the actresses in getting to know their features, and in seeing how the light and the camera angles would modify them,” Mathon said.

The love scenes were especially important. Sciamma wanted them to embody “desire and the thought of desire.” “The length of the takes participates in that desire. We re-watched some of Ingmar Bergman’s films, as he was magnificently able to film women with a unique proximity and intimacy,” Mathon said.

Another key moment takes place around a fire: The flames are only fully seen in a wide shot that materializes the movie’s title. The light in that series of shots comes from a mixture of artificial sources. The actual fire was replaced by gas ramps to control the flames and the direction of the light on the performers’ faces. This helped maintain softness, since a real flame would emanate a rather hard light, and limit its variation.

“Fire was of course the main issue of the movie’s picture, running through one scene to another,” said Sciamma.

Candles illuminated other scenes. Mathon used what’s known as a zone system to keep contrast without contrasting the performers’ faces. The complexity of the long takes often required Mathon and her team to perch lights on the set. They were created from lightweight LED strips.

“Between candles and natural light, the film explores all the precision of Claire Mathon’s work,” said Sciamma. 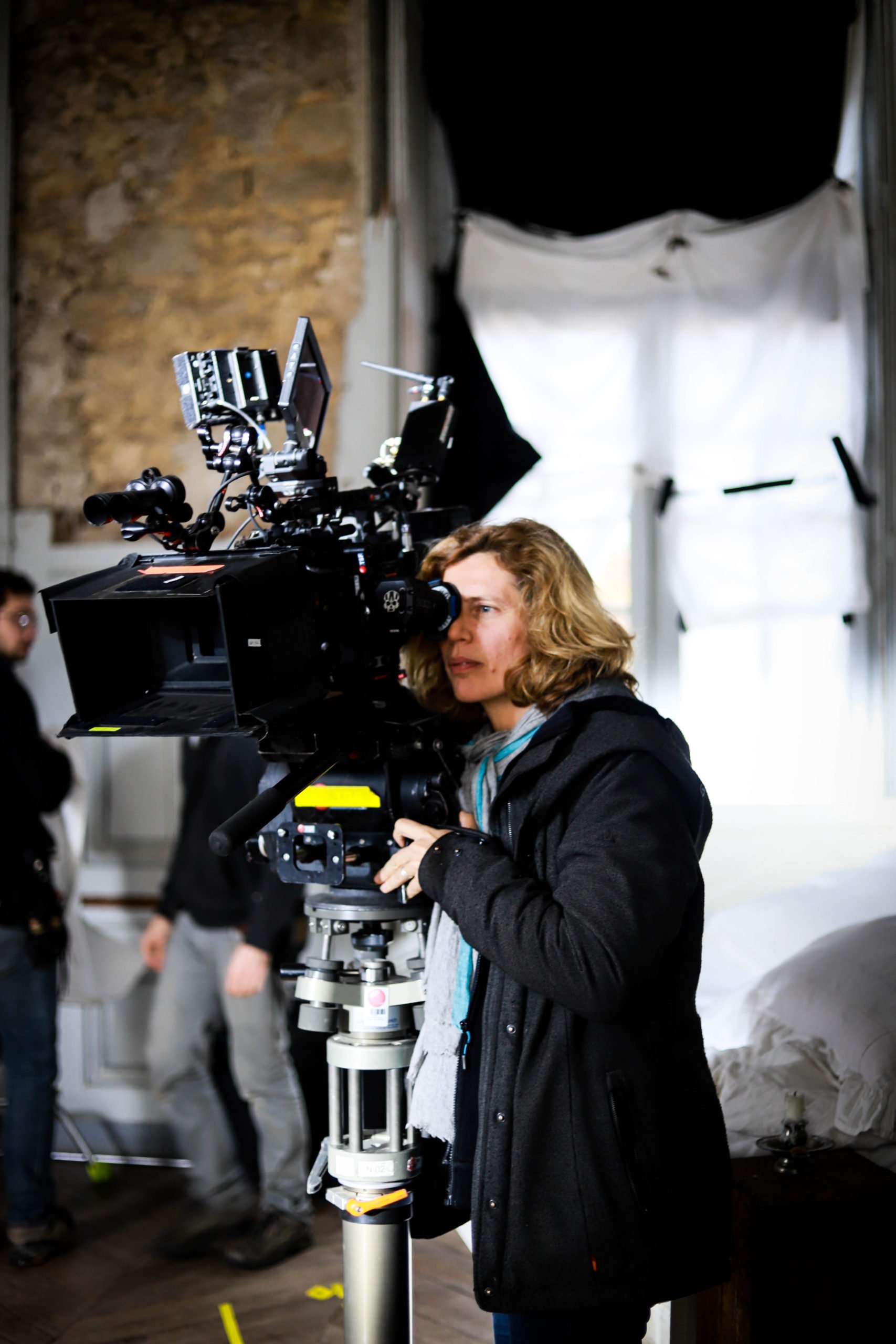 Mathon traveled to West Africa for French-Senegalese auteur Mati Diop’s otherworldly Atlantics. Diop wanted Mathon to take in Dakar firsthand. She walked through its oceanside streets and looked into the houses.

“The city has her own identity, textures, colors, and moods. Our work was to reveal the beauty of it,” Diop said.

Mathon said that during their initial conversations, Diop mentioned that she felt Dakar had a ghostly atmosphere. “It was also essential to keep the soul of the Senegalese capital present,” she said. “During my first trip, I scouted a number of locations, spent the night in different neighborhoods of Dakar, and discovered the omnipresence of the ocean.”

Given that Diop wanted to make a truly Senegalese film, she asked Mathon to work with a local crew and to use the lighting equipment that was available on-site. First Assistant Camera Alan Guichaoua was Mathon’s only French import.

“I didn’t want the documentary aspect of the day scenes to be pulled down by flat naturalism. I wanted everything to feel real but still lyrical,” said Diop.

Mathon was fascinated by Senegal’s mix of dust, humidity, and sea spray. She also noticed the matte texture of the light—how prominent flares would be during shooting, and the saturation of black hues, especially on skin at night.

Also read: The Past Is Now: Movies Have Never Been Better

Certain colors quickly emerged as the ones that would define Atlantics: a strong orangey tone (from the streetlamps, fire, and the sunset), an electric blue (from neon lights and plenty of screens) and the green of the laser at a nightclub. Mathon wanted night scenes, lit by the moon, to look almost black and white.

During shooting tests in Dakar, Mathon and Diop settled on the film’s 1.66:1 format, and the silvery aspect of the moonlit scenes. They shot fast and invented on the spot. 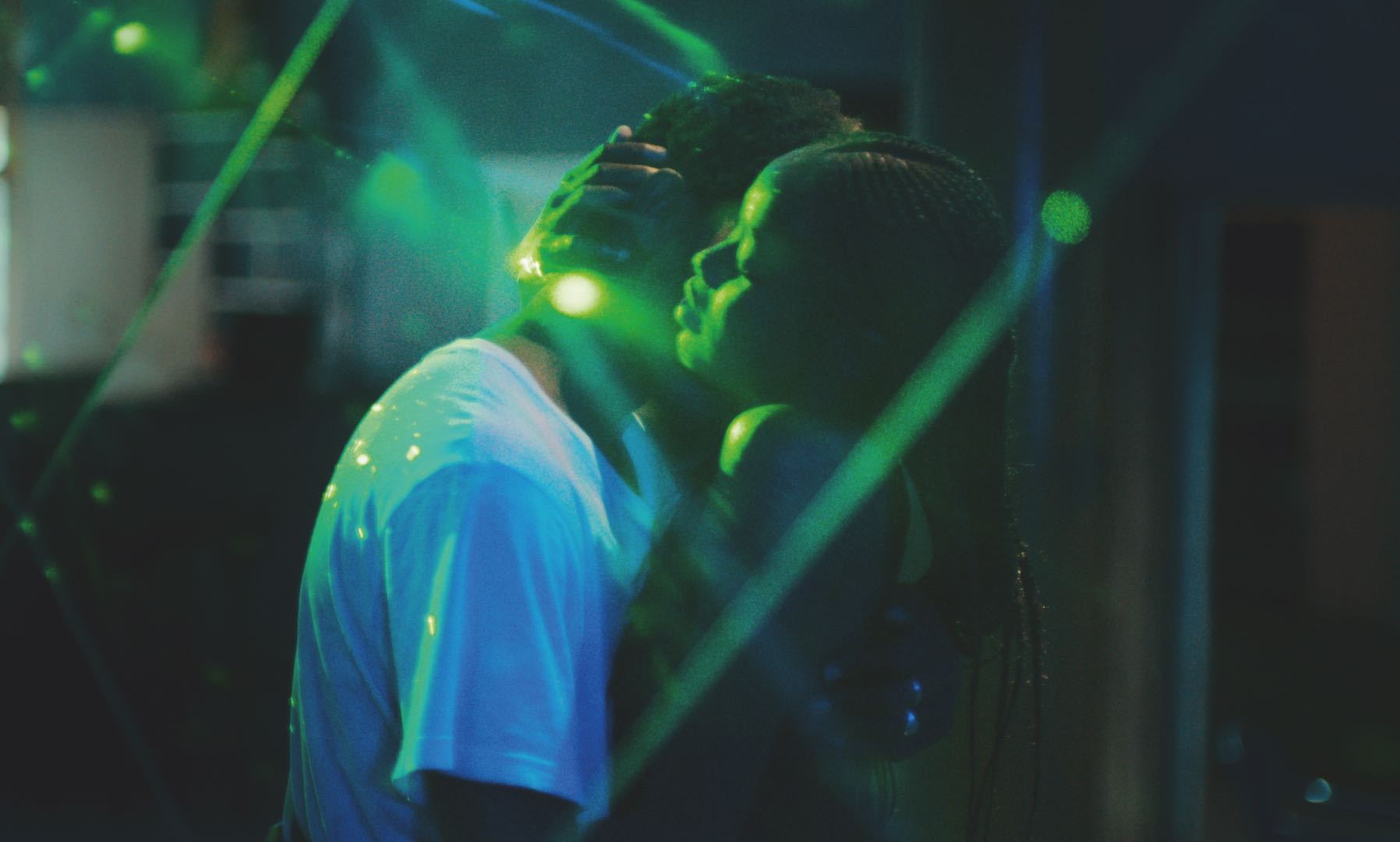 “By capturing shots that would end up in the final cut, we were looking for the right way to film Dakar by night. We began to capture the fantastic elements already present in the city, such as the humidity coming off of the ocean that gives one the sensation that even the cars are sweating at night,” explained Mathon. “We often called them clairvoyant nights.”

For those night scenes, Diop wanted extra lucid light, something ecstatic. So her reference to Mathon were Michael Mann’s Miami Vice and Collateral.

The high sensibility of a Panasonic VariCam 35 granted Diop the freedom to “film light and free in areas of Dakar that are practically entirely plunged in darkness,” Mathon said.

Diop also likes to shoot with very long focal length, so they used 85mm-135mm lenses and the highest focal of the Optimo 45/120mm. “We often found ourselves having to shoot from inside a door frame, a window frame, or even through a mirror,” said Mathon. For outdoors shots on Atlantics, they were often a long distance from the characters, which is why they chose an Angenieux 25-250mm lens. “Mati felt that was a way of making them seem ‘chosen,’ of sublimating them without ever putting them at arm’s length,” Mathon said.

The director likes finding answers on-set in a very hands-on manner, which she felt could have created a complicated situation for Mathon. “I sincerely did not know another way to work, so even if Claire brought me some of her knowledge, she was still limited by my own low capacity of adapting to a more classical and methodical approach,” said Diop.

But Mathon adapted to Mati’s more spontaneous style, and they discovered common ground in their curiosity.

“What we have in common is that we are as interested in the outcome as we are in the creative process and the ethics that go with it,” said Diop.

Céline Sciamma’s Portrait of a Lady on Fire is competing for Best International Film at the Film Independent Spirit Awards this Saturday. Mati Diop’s Atlantics is available to stream on Netflix.