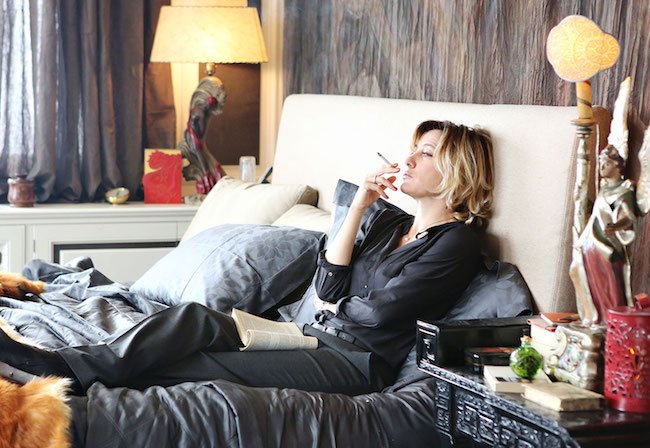 For the many fans of Parasite, may we recommend Human Capital? The 2013 Italian film, showcased this week at the Küstendorf Film and Music Festival in Serbia, also blends comedy and thriller elements to target the one percent.

Parasite is as close to a lock for this year’s Best Foreign Language Picture Academy Award as Roma was last year, and fans of the comedy-thriller hope it could claim Best Picture as well. So Tuesday’s screening of Human Capital in Küstendorf felt especially timely.

The film, by Paolo Virzì, was adapted from an American novel of the same name by Stephon Amidon. Virzì was on hand to present Human Capital as a member of the jury of the Küstendorf festival.

Don’t miss: To Live to Sing Director Johnny Ma’s Candid Advice on Getting Film Funding: Hang Out in the Hamptons

After the screening, he gave a one-hour masterclass in which he discussed the film’s growing relevance today. He also talked about how, as a predominantly comedic director, he was able to flex more dramatic muscles with Human Capital.

Virzì and his screenwriters moved the setting of their adaptation to Italy, which has its own share of well-documented class warfare to interrogate.

Human Capital employs character chapter titles that tease the audience with different accounts of the same set of events over a six month span. At its core, it is the story of a family’s entanglement with a wealthy family in one of the richest regions in Italy. Fabrizio Bentivoglio plays Dino Ossola, a real estate firm owner whose daughter is dating the spoiled son of one of the wealthy families. Through a bit of charm and always hanging around at the right moment, Dino cons his way further into the wealthy family’s life, which is where the Parasite comparisons come into play. Both films have masterfully constructed screenplays that take audiences for a thrilling ride, and social commentary is always at the forefront.

Human Capital specifically deals with the way in which the wealthy are rarely held accountable for their actions, and even seem to benefit from betting on the failure of the less fortunate. And like Parasite, it shows how the desperation of the struggling to join the elite can be a a recipe for disaster.

To Live to Sing Director Johnny Ma’s Candid Advice on Getting Film Funding: Hang Out in the Hamptons
Edmonton International Film Festival Hosts The Gender Line