The Past Is Now: Movies Have Never Been Better 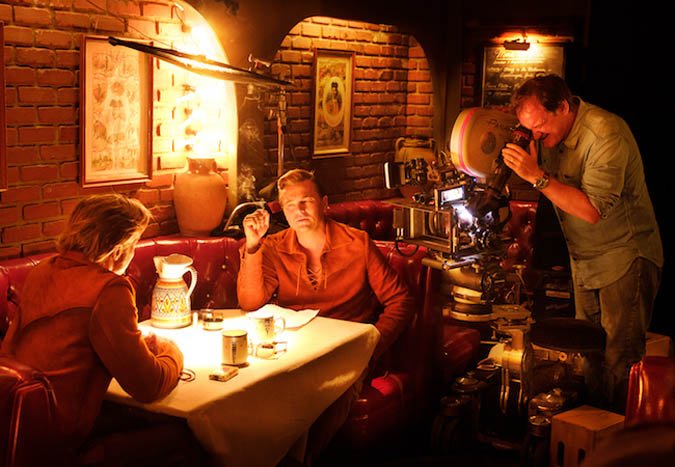 A lot of movie fans like to reminisce about the past — a time when people vigorously debated films, new releases were massive cultural events, and movies truly mattered. But that romanticized past sounds a lot like… right now, as we argue over what an Oscar win for 1917 or Joker or Jojo Rabbit might mean, and race to click on minor casting updates on movies that won’t be out for a year, and have more access to great films than ever before.

If we think of our movie past as some elusive time when people still loved movies, then the past is now.

Whatever Oscar voters do this Sunday, in their eminent unpredictability, we’re coming off of a wonderful year for movies. There was an entire Ringer podcast last year dedicated to the films of 1999 — but anyone who spent 2019 watching films from two decades ago probably missed some even better films.

Also Read: Once Upon a Time… in Chinatown: Exclusive Excerpt From Sam Wasson’s The Big Goodbye

For all the understandable fears about Netflix or Disney monopolizing the business, we’re in an era of massive blockbusters and idiosyncratic masterpieces alike, where we can discuss movies ranging from Parasite to Clemency to Little Women to Us in as much or as little detail as we like. There’s never been a better time to be a film obsessive—or a moviemaker.

Your phone can do things cinematically that Alfred Hitchcock and Orson Welles could never imagine. The barriers to entry—from technology to bigotry—are crumbling more every day. Social media has made everyone a critic, but the most passionate critics sometimes turn into moviemakers, and tell stories that for decades had no path to the screen.

There are, you may be surprised to learn, more movie screens than ever before—in theaters, not just on phones and bedroom walls. The National Association of Theater Owners puts the number at 41,172, almost twice as many screens as we had in 1989, the year of Batman and Do The Right Thing.

According to Box Office Mojo, last year saw the widest-ever release for a G, PG, PG-13 or R-Rated movie. Ever.

More numbers from Box Office Mojo: People paid $11.3 billion for movie tickets in 2019, in spite of better competition than ever from streaming services. In 2018, we spent $11.9 billion on tickets. So 2019 wasn’t the biggest year at the box office — that was the year before. But it’s certainly safe to say that we’re in the best era for ticket sales.

All of this is happening at a time of greater diversity than ever before in the film industry. If Hollywood wants to look like the rest of the world, it needs gender equity on both sides of the camera, and more visibility for audiences who have been underrepresented for almost the entire history of motion pictures.

But visibility is better than it’s ever been before, and that’s contributed to bigger box office as once-ignored audiences finally begin to see themselves represented. The biggest release in the biggest box-office year was Black Panther, a film with a nearly all-black cast and lots of strong female characters.

Yes, it was a Disney film. And there is a danger that the wealth in the industry might be concentrated within a shrinking number of massive companies. So moviemakers have an obligation to spend the money they make on big hits to help smaller, high-quality stories onto screens.

Some blockbuster veterans are using their cache to support specific, passionate films we never would have gotten 20 years ago: If Ryan Coogler hadn’t directed Black Panther, he might never have gotten to produce Shaka King’s upcoming biopic of real-life Black Panther Fred Hampton.

It’s easy to argue that movie wealth is concentrated in the hands of a few conglomerates that might choke out smaller films, and, as Martin Scorsese feared, take up more and more screens to show us nothing but superhero films that are more theme park rides than cinema.

His concern is valid. No one should have to watch The Mustang on a cell phone because superheroes are hogging all the screens.

But, delightfully, there are more frankly weird movies than ever before. Who in the risk-averse 1980s would have green-lit The Lighthouse? Would the Safdie Brothers be able to merge real-life grit and mesmerizing imagination the way they do in Uncut Gems in any other decade? Would a genre-proof film like Horse Girl get made without big risk-takers like Netflix?

Take the case of the brilliant Chloe Zhao: At what other time could a director go from shooting a film like The Rider, a micro-budget indie shot on a Native American reservation, to Marvel’s The Eternals? The hope is that she won’t stop making films like The Rider—and that she’ll earn so many new fans from her Marvel run that she’ll never have trouble finding theaters eager to show her films.

LuckyChap, the company we profile in the latest issue of MovieMaker, is committed to opening minds and doors, emancipating both Harley Quinn and a new wave of female moviemakers. Hillman Grad Productions president Rishi Rajani also talks in this issue about how the company actively looks for new voices and protest art.These are examples of moviemakers who are using the capital they earn with commercial projects to open the doors to daring artistic ones, and that’s exactly how it’s supposed to work.

For all the negatives of the internet, the increased ability of everyone to make their voices heard has contributed to a more diverse and interesting crop of movies, from a more varied group of moviemakers, than ever before. It can be hard, as you follow the latest film arguments on a tiny screen, to remember what a good time this is for movies.

But it’s easy to be hopeful when you look at the big screen.