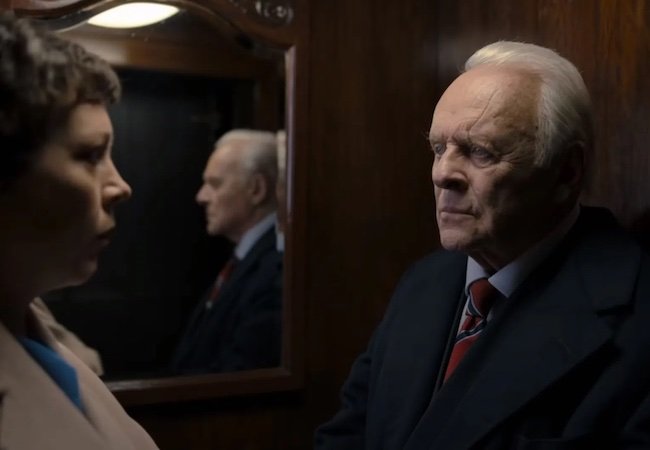 A Will Smith project becomes the first major production to exit Georgia because of its new voting law; Chloé Zhao and Nomadland thrive at this weekend’s BAFTA and DGA awards; does Anthony Hopkins have a shot at another Oscar for The Father? Plus: Josie and the Pussycats reunite, at long last. All in today’s Movie News Rundown.
But First: Here’s what Tobias Menzies and Matt Smith, who played Prince Philip on The Crown, said about his passing.
Emancipation Exits Georgia: Director Antoine Fuqua and producer-star Will Smith are pulling their slavery drama Emancipation from Georgia. “At this moment in time, the Nation is coming to terms with its history and is attempting to eliminate vestiges of institutional racism to achieve true racial justice,” Smith and Fuqua stated. “We cannot in good conscience provide economic support to a government that enacts regressive voting laws that are designed to restrict voter access.”
DGA Awards: Nomadland director Chloe Zhao won Outstanding Directorial Achievement in Theatrical Feature Film at the DGA Awards, and Sound of Metal‘s Darius Marder won Outstanding Directorial Achievement in First-Time Feature Film. Here are all the winners. The DGA Awards deserve close attention, because as Deadline notes, “the DGA has largely been a perfect bellwether in regards to who wins Best Director at the Oscars, veering only eight times in its 73-year history.”
‘Storytelling Prevailed’: DGA president Thomas Schlamme opened Saturday’s awards by summing up the last year for fellow directors: “Even under the challenges of this pandemic that raged across the globe leaving so much loss in its wake – and the enormous, necessary reckoning of our nation’s systemic ills – storytelling prevailed. … Your work provided comfort and escape to audiences – those longing to step outside again, and those exhausted from keeping the world turning.”
BAFTAs: Nomadland also reigned at the BAFTAs, where it won Best Film, Chloe Zhao won Best Director, Frances McDormand won Best Actress and Joshua James Richards won Best Cinematography. Here is the full list of winners.
Anthony Hopkins Rising?: Indiewire says that The Father star Anthony Hopkins’ Best Actor win over Chadwick Boseman at the BAFTAs could be a sign. “There is a sense that as Oscar voters catch up with The Father and Hopkins’ volcanic performance, if anyone were to topple the posthumous Boseman narrative, it could be the 82-year-old thespian, who last won in 1992 for The Silence of the Lambs,” Anne Thompson writes.
May I Opine?: Silence of the Lambs is my favorite movie ever, but Anthony Hopkins is even better in The Father.
Josie and the Pussycats: For the jaded barely Gen Xers among us, here is Vanity Fair‘s writeup of the Josie and the Pussycats 20th anniversary reunion, in which Rachel Leigh Cook tells former co-stars Rosario Dawson and Tara Reid: “I know we lead different lives now, but, I’ve got you guys forever; you can call me anytime, I will bail you out of jail, I will drive you to the airport.” Here is my favorite Josie and the Pussycats song.

Main image, above: Olivia Colman and Anthony Hopkins in The Father.

So You've Made an Armie Hammer Movie; Inside Avengers Campus; Our New Cover
Save the Cinerama Dome; Arclight Mourning; Black Mirror Does It Again