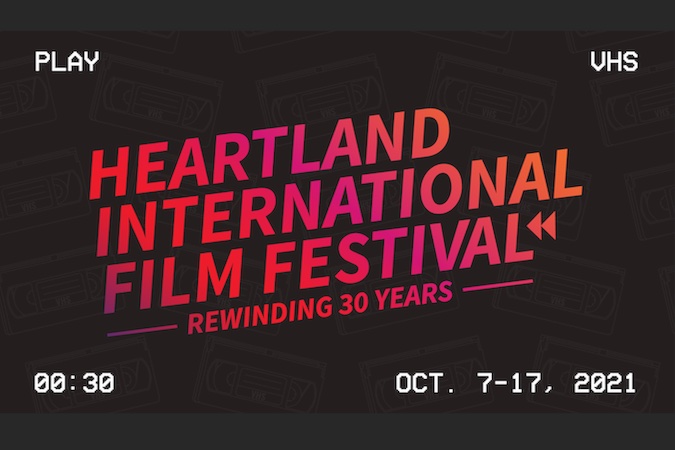 The Heartland International Film Festival is celebrating its 30th anniversary this year with a lineup that artistic director Greg Sorvig calls “an embarrassment of riches.” But that’s not all that makes the festival stand out.

On the latest episode of the MovieMaker podcast, we talk with Sorvig about just a few of the many things that make Heartland one of our 50 Film Festivals Worth the Entry Fee — and a great place to watch some of the most-anticipated movies of the year. You can listen on Apple or Spotify or above.

The Indianapolis-based festival, taking place this year from Oct. 7-17, has an absolutely stacked lineup. The films include Spencer, starring Kristen Stewart as Princess Diana; King Richard starring Will Smith as the father of tennis pros Venus and Serena Williams; Julia, a documentary about cooking guru Julia Child; Mass, with Jason Isaacs and Martha Plimpton playing two parents struggling with an unthinkable tragedy; Kenneth Branagh’s Belfast, about a working-class family in Northern Ireland in the 1960s;Wes Anderson’s The French Dispatch, about journalists working for a newspaper in France; C’mon C’mon starring Joaquin Phoenix as a radio journalist on a cross-country journey; and Bergman Island, starring Vicky Krieps and Tim Roth as a pair of American filmmakers who retreat to a mythical island for inspiration.

Sorvig has spent a decade working at Heartland, working his way up to his current role as artistic director, in which he serves as the liaison between the festival and major studios, industry players, and filmmakers. He attributes the success of this year’s lineup to the good rapport Heartland has established with studios.

“We are already seeing people coming out of the woodwork, first-time ticket buyers as well,” he says. “We continue to excite people who were around from year one. We’re very fortunate, and hopefully this is just a continuation from here on out with this crazy lineup.”

He says this year’s films are unique in terms of availability.

“It’s really surprising this year that a lot of films played at Cannes, and they are available for festivals. It usually does not work that way,” he says. “Usually, the U.S. distribution landscape is very muddled until maybe in the fall or the next year.”

Heartland has also adapted well in the face of the pandemic. Last year, it set itself apart from other festivals by featuring a very pandemic-appropriate drive-through red carpet. Sorvig credits the marketing team for that brilliant move.

“We actually had a huge, almost red, kind of drivable floor tile that cars could drive up on. And we had extra long step-and-repeat banners, so you could come in your car and drive up and get your picture taken, however comfortable you are,” he says.

Plus, Sorvig notes that Heartland is the only festival in the world that’s associated with the family of It’s a Wonderful Life star Jimmy Stewart, presenting the Jimmy Stewart Legacy Award in his honor.

For those planning on submitting a film to Heartland next year, Sovrig has one pro tip — don’t be afraid to reach out to him.

“I personally don’t have any reservations about people reaching out to me personally via email,” he says. “I’ll say this too, not on behalf of every programmer — some programmers don’t like to get emailed period — but if I get an email from somebody and it’s like, ‘Hey, I’ve already submitted my film,’ and you’re essentially putting your cover letter and stuff, like, that’s a surprise to me. I get kind of excited about that. It shows you’ve done your homework.”

Star Trek’s William Shatner Is Going to Space, and Twitter Has Thoughts
Here Are the Actors Who Lent Their Voices to Jake Gyllenhaal and Antoine Fuqua’s The Guilty