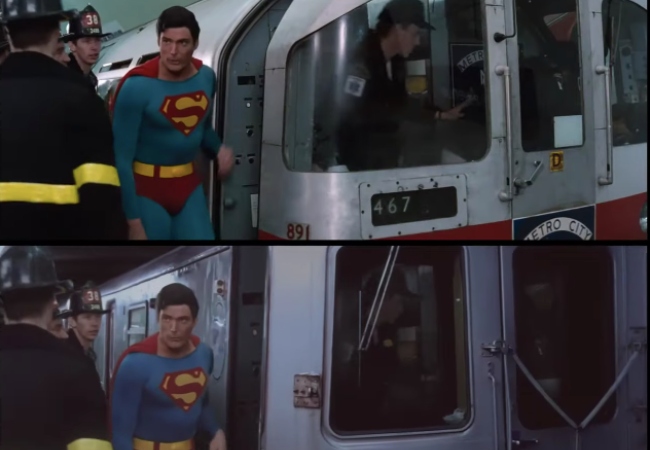 Among fans of the original Christopher Reeve Superman movies, there is one film in the four-part series that is so disappointing in its visual effects that over 30 years after its original release in 1987, people are still talking about what could have been.

That film is Superman IV: The Quest for Peace, and on the latest episode of The Industry podcast, host Dan Delgado interviews one man who has spent two years trying to restore it. His name is Aaron Price, and he’s hoping that he can convince Warner Brothers to give him access to all of the effects, plates, and the 30-something extra minutes of footage that were removed from director Sidney J. Furie’s original cut of the movie so that he can do a full restore of the film.

You can listen to this full episode and more of The Industry, presented by MovieMaker, on Spotify and Apple, and above.

Price has gathered a fan base of fellow Superman fans on YouTube, where he posts existing clips of the movie that he’s remastered using color correction and other techniques to enhance the visual effects. Here’s a clip of Price’s remaster of the subway scene.

But in order to finish the remaster, he needs Warner Brothers’ blessing, he says.

“At the present time I’m actually putting in a kind of a remastered mock-up trailer. So I’m basically trying to integrate some of the deleted scenes from what was released on the DVD Blu-ray a few years back and try to put together kind of a trailer that I can pitch and send to Warner Brothers and say, ‘Hey look, Warner Brothers, look. This is the potential here,'” Price says.

“If we get this 134-minute cut version of the film out there restored, you know, get all the visual effects restored… I think Warner Brothers would make a lot of money because there’s a version of the film here that no one’s actually seen, apart from one screener that was done before the premiere. And the film, as I said, it basically has, like, 30 minutes of footage cut from the final film. And it’s also the legacy of Christopher Reeve, you know? It’s a chance to see more of Chris, you know, in the role of Superman.”

It wouldn’t be the first time that fans have remastered a movie and released a new cut. As Delgado points out, a group of fans remastered the 1993 Super Mario Brothers movie and called it the Morton Jankel cut, which you can watch on the Internet Archive.

Reps for Warner Brothers and DC Comics did not immediately respond to a request for comment.

The Academy Museum Celebrates Film’s History — and Survival
Ever Seen Earth From 364 Miles Above? Now You Can in Netflix’s Inspiration4 Space Doc