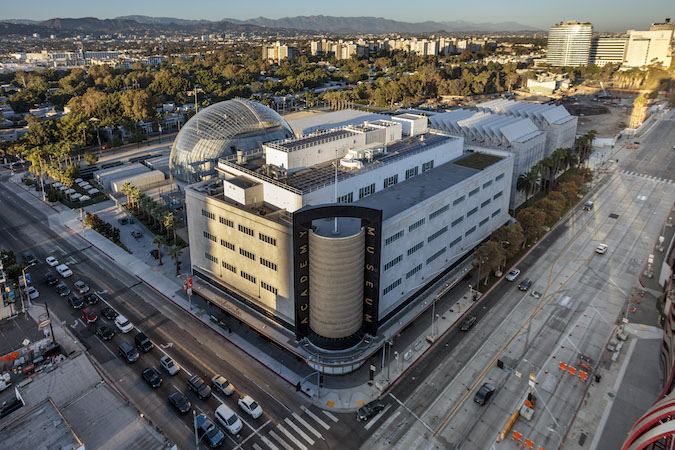 It’s a rough time for film, but reinforcements arrive today: Los Angeles’ Academy Museum opens it doors with plans to celebrate the past, the present — and, pointedly — the future of cinema.

The museum, from the industry standard-bearers behind the Oscars, consists of seven floors, 30,000 feet of gallery space and two theaters. Surefire crowd pleasers include an R2D2 model from Star Wars, an alien model from Ridley Scott’s Alien, and Dorothy’s slippers from The Wizard of Oz.

The expansive exhibits include a first-ever retrospective of Studio Ghibli co-founder Hayao Miyazaki in North America, a Stories of Cinema exhibition that clearly explains what everyone involved in filmmaking does, and an entire gallery dedicated to Bruce Lee. There are screening series devoted to Jane Campion and Anna May Wong, among others.

“I think of film history as a living spectrum where everything exists in dialogue with each other,” says Bernardo Rondeau, the museum’s senior director of film programs. “You’ll see in our exhibits, as well, there’s this constant dialogue between present and past, and in some cases pointing towards the future.”

The past 18 months have been hard on all movie theaters, but those in Los Angeles have been especially hard-hit because of strict pandemic protections that shut their doors for months. In April, the Arclight and Pacific Theatres chains closed down for good. While AMC has swept in to take over some former theaters, the fate of the Arclight’s crown jewel, the historic Cinerama Dome on Sunset Boulevard, remains in question.

Good news for cinephiles came when Quentin Tarantino purchased the historic Vista theatre in July, and said he would screen movies exclusively on film, as he does at his other theater, the New Beverly Cinema. The non-profit Vidiots plans to open the nearly century-old Eagle Theatre in East L.A. next spring.

The Academy Museum will add to the city’s screens. 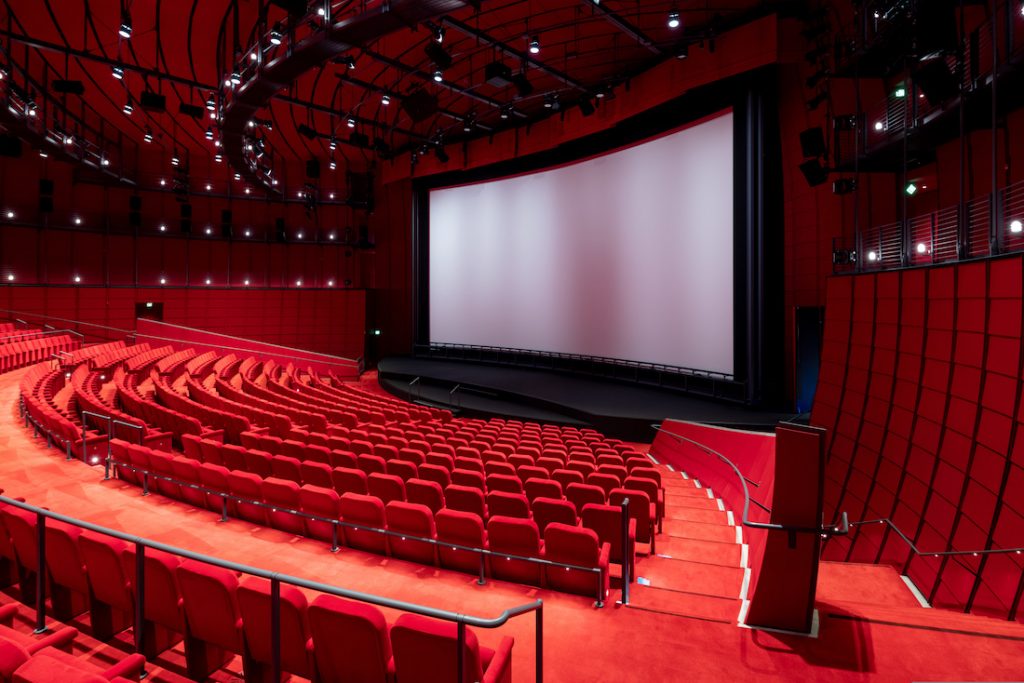 A look inside the brand new Geffen Theater at the Academy Museum. Photo by Iwan Baan

Its Geffen theater is a 1,000-seat theater positioned directly in the spherical structure of the museum, visible from the street. The Academy hopes to attract glitzy movie premieres with this beautiful auditorium.

Between the two theaters, the museum will be able to showcase movies on 16mm, 35mm, 70mm, nitrate films and Dolby laser projection. “We just want to show whatever films in whatever the best available copy there is,” says Rondeau.

“I think a lot about the Los Angeles film landscape, because I primarily entered into this world as a film goer in the early internet days, discovering things through word-of-mouth and through exploration,” he says. “I was so privileged to see such a far range of films and rediscover Hollywood classics and discover new, upcoming filmmakers and get a broader sense of global cinema.”

Rondeau’s personal experiences inform how he and his team plan to engage with audiences. 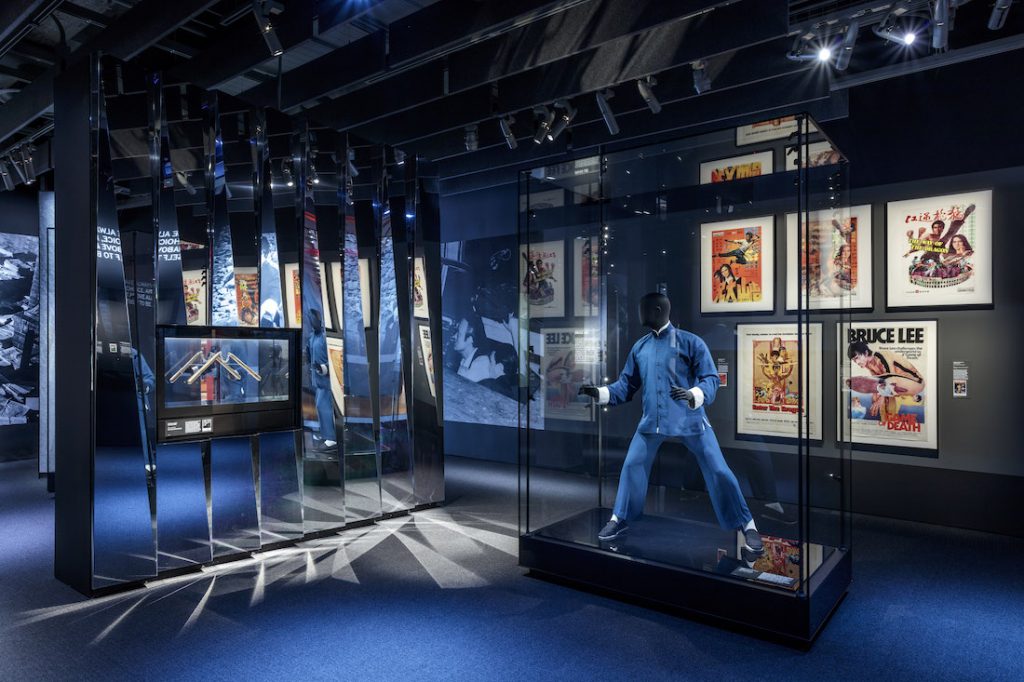 In the Stories of Cinema exhibition in the Academy Museum, an entire gallery is devoted to Bruce Lee. Photo by Joshua White

“There’s so much to be discovered in the programs,” Rondeau says.

“Haile Gerima’s films are so powerful, they kind of rewire our entire perception of cinema in some cases as well. I think those will also be quite revelatory for audiences,” Rondeau says.

Rondeau says his team’s programming is “absolutely a balance” between fan favorites and lesser-known works.

“I really hope that somebody will come one night to see The Exorcist and then come back a few weeks later and see Jane Campion’s Holy Smoke,” Rondeau says. “I hope people will open themselves up in the same way that we as programmers are opening ourselves up to this wonderful expansive concept of what cinema is.

“We want it to be as expansive and as honest as we can about what cinema has been, is, and can be.”

Main image (above): an exterior of the Renzo Piano-designed Academy Museum. Photo by Joshua White.