Venom Is Here to Save Us All; Bond Women; Dave Chappelle Returns 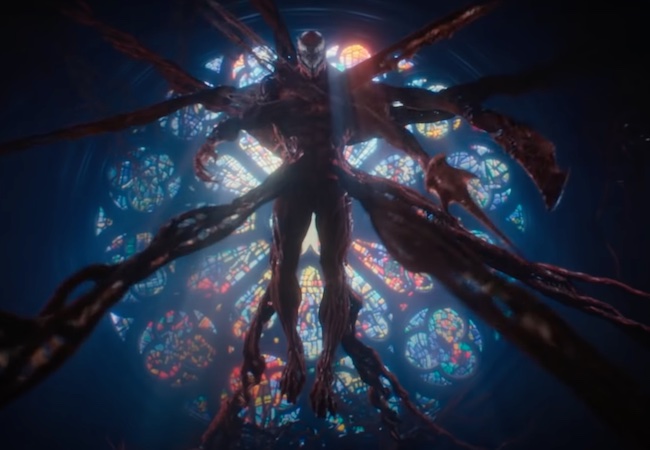 Venom is here to save us all; thoughts on Bond women; Dave Chappelle returns; IATSE stories. All in today’s Rundown.

Box Office: Here’s a Catch-22 for cinephiles: The theatrical experience got a huge boost this past weekend… but it was thanks to Venom: Let There Be Carnage. It earned about $90 million this weekend, the best theatrical haul of the pandemic era.

Critics v. Audiences: Venom: Let There Be Carnage has a 58 critics score on Rotten Tomatoes; transpose those numbers and you get the 85 audience score.

Save Us, Venom: I haven’t seen Venom 2 yet, but understand it to be exactly the kind of loud silly movie that cineastes once blamed for elbowing grown-up movies out of theaters. Things have changed. I’m very much pulling for Marvel movies and other big franchises to keep theaters open so I can go watch movies like The Card Counter with a half-dozen other people on a Friday night.

Raise All Boats: I’m absolutely not taking a shot at Paul Schrader’s The Card Counter, which I love. But when I saw it, on opening night, there really were only a half-dozen people in the seats. (It’s made about $3.3 million worldwide.) Theaters aren’t going to stay in business to show movies to six people at a time. They need some huge hits to make it worth their while. So thanks, Venom. And fingers crossed for No Time to Die. I think we’re in a raise-all-boats moment where the success of any theatrical release is good for all theatrical releases.

Bond Women: Daniel Craig and No Time to Die co-writer Phoebe Waller-Bridge disagree with the now-familiar argument that the James Bond franchise is irrelevant because of the questionable ways that Bond treats women.  As Waller-Bridge told Deadline, “the important thing is that the film treats the women properly. He doesn’t have to.”

Full Disclosure: Yes, I realize that that’s Carnage, and not Venom, against the stained-glass window (above), but took some license to sell the Venom-is-our-savior angle, so I apologize and thank you for rolling with it, if you did. Also I’m referring to Venom the movie (note italics) and not Venom the lovable alien symbiotic parasite.

Comment of the Day: “Let him do it! That sounds amazing! I’d love to see it!” — Thomas Santiago, commenting on this post about one man’s quest to fix the janky special effects in Superman IV.

The Closer: Here’s the trailer for Dave Chappelle’s The Closer, arriving on Netflix tomorrow.

Daniel Craig on Bond’s Treatment of Women: ‘I Don’t Judge the Characters I Play’
Star Trek’s William Shatner Is Going to Space, and Twitter Has Thoughts