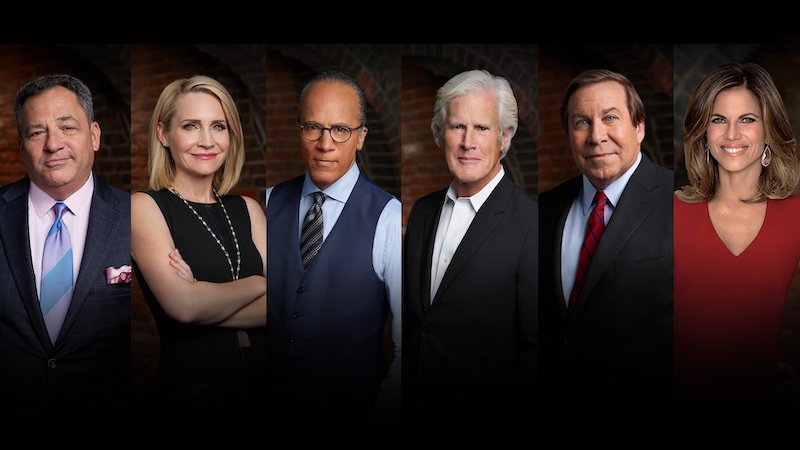 One streaming service takes steps to dominate true crime programming; A look ahead at a possible 2022 film lineup; A Princess Diana insider speaks out. All in today’s Movie News Rundown.

But First: Indiewire posits that television giant David E. Kelley’s recent deal with Peacock is the latest sign that the streaming service is looking “to become a hub for crime programming.” Peacock has the OG of true crime in NBC’s long running Dateline, a program which both I and Steven Soderbergh love.

Not So Fast: Due to its devoted audiences, true crime is a coveted genre and other streaming services aren’t going to just hand over the crown to Peacock. Our reporter Margeaux Sippell frequently dives deeper into these popular series and films, and Netflix appears as another leader in original programming within the true crime genre.

Adapt This: Frank Herbert’s 1965 novel Dune is notoriously dense and copies even include a glossary at the back to reference. In honor of Denis Villeneuve’s successful adaptation (both critically and at the box office), Variety has a list of eight other novels that are often classified as ‘unfilmable’ that brave filmmakers and studios should take swings at next. First up is Thomas Pynchon’s landmark Gravity’s Rainbow, which is personally my favorite novel of all-time. Alex Ross Perry (Her Smell, Listen Up Philip) made his low-budget feature debut with Impolex in 2009, a film which is loosely inspired by Pynchon’s masterpiece. But that film is yet unreleased and not an officially sanctioned adaptation by any means.

Looking Ahead: I recommend FirstShowing.Net as a simple, effective way to keep track of each week’s film releases, and also to look ahead to see what’s coming. But over at World of Reel, Jordan Ruimy has collected more of a wishlist of what we have to potentially look forward to in 2022, which he is calling a potential “landmark year.” Not all of these films are presently dated for 2022 yet and some will undoubtedly move to 2023, but he’s absolutely correct that it is a potentially stacked lineup. Personally, I’m most excited for the return of Jonathan Glazer who hasn’t made a film since 2013’s Under the Skin. Set photos of Glazer’s latest emerged back in September, which is an adaptation of Martin Amis’ Holocaust novel The Zone of Interest.

Who Else?: There is the confirmed return of Adrian Lyne early in the year with Deep Water and Terrence Malick, Claire Denis, Wes Anderson, and David Fincher could all also have new films next year.

Tell Me More About At Least One of These, Please: David Fincher’s The Killer was announced back in February by Deadline, and Indiewire reported over the summer that the “passion project,” which stars Michael Fassbender as a world-weary assassin, is set to film in November in Paris. The Killer has Fincher reteaming with cinematographer Erik Messerschmidt who won an Oscar for his work on Mank. Like Mank, it will be released by Netflix.

OK, One More: While Wes Anderson’s The French Dispatch just hit theaters last weekend, Anderson is fast at work in Spain on his follow up. While details of the project are sparse, Bill Murray recently revealed the title of the film as Asteroid City, per TheWrap. Like The French Dispatch and his other projects, Asteroid City has a loaded cast of A-list talent. TheWrap reports this includes: Bill Murray, Margot Robbie, Tom Hanks, Scarlett Johansson, Jeffrey Wright, Adrien Brody, Tilda Swinton, Bryan Cranston, and more.

Princess Diana Fever: If you’re noticing many programs — both fiction and non — about Princess Diana of late, you are not imagining it. Margeaux Sippell writes on how Royals journalist Ingrid Seward says Princess Di “would be horrified” by how some of these portrayals present her as a victim and suggest that she and Charles never loved one another. Seward has interviewed Diana and says she knew her personally.

‘Don’t Be a Muggle’: Bon Iver played their first shows in nearly two years this past weekend, before announcing a new tour and album. We leave you with Justin Timberlake’s hilarious portrayal of the rocker on SNL, serenading Beyoncé and Jay-Z’s newborn Blue Ivy with a stream of mellow, sleep-inducing gibberish.

Main image: The anchors of Dateline NBC, a true crime program which launched its 30th season this September.