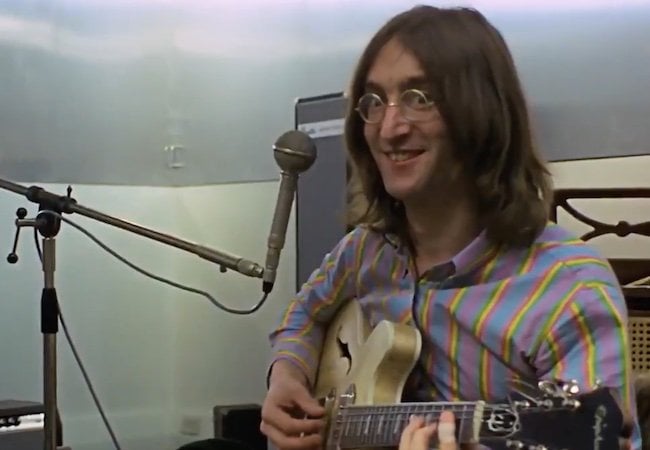 $15 Billion for Theaters, Live Venues, More: The stimulus deal that Congress finally reached over the weekend will likely get a formal vote today, and it looks like smaller theaters will get about $5 billion of the money — while major chains get none of it. Here are the details.

Also: The story above blew up on Reddit and the responses are a horrorshow. A lot of “let theaters die” and a lot of people who don’t seem to understand that this money means paychecks for theater employees. Here’s a lengthy look from last week at how COVID-19 impacted one small theater.

Best Picture or Best Pictures?: The LA Film Critics raise provocative questions about what makes a film a film —  yesterday they named Steve McQueen’s excellent five-part Amazon Prime anthology Small Axe the year’s best picture. Does a film need to be a self-enclosed story? Or can it be a five-part series, separately released over five weeks? Anyway, Small Axe is excellent.

The Very Last Interview: And now, something special… here’s experimental filmmaker Nick Toti’s long short film, The Very Last Interview, which depicts a lacerating, Covid Christmas-season interview with real-life bestselling author David Shields. It’s very well-acted by Chris Doubek and Ashley Spillers, who delivers a sneaky monologue by screenwriter Rachel Kempf. The film sets up its game quickly — you know how some interviews have really long questions? — then plays with our expectations.

More Boba Fett: Robert Rodriguez is on board for The Book of Boba Fett, which will be the eleventh of the announced Disney+ Star Wars shows. It will be here this time next year. This season of The Mandalorian reintroduced the character last left for dead in a Sarlacc pit in 1983’s Return of the Jedi.

The Book of Boba Fett, a new Original Series, starring Temuera Morrison and Ming-Na Wen and executive produced by Jon Favreau, Dave Filoni and Robert Rodriguez, set within the timeline of The Mandalorian, is coming to @DisneyPlus Dec. 2021. pic.twitter.com/YT2zbLufI8

Car Crash as Inspiration: Tara Miele tells Eric Steuer in the new MovieMaker podcast how a car crash she and her husband suffered seven years ago became the basis of her new film Wander Darkly, with Sienna Miller and Diego Luna. Most fascinatingly, they talk about how parenthood can seem to turn time into a loop. You can listen on Apple or Google or Spotify or here:

Get Back: Peter Jackson says he’s about halfway through editing 56 hours of footage into his Beatles documentary Get Back. It captures the band at a strained moment, and what’s wild about the footage is how fresh and raw it seems, despite all we’ve heard and seen from The Beatles all our lives. They seem to be punchy and bemused by all the idolatry — but peaking musically. (John Lennon is just 28 in the image above.) Jackson says the film has been delayed by COVID-19, but he’s working on it in his homeland of New Zealand, which has mostly vanquished the virus. Here you go:

Peter Jackson has released an exclusive sneak peek of his upcoming documentary “@TheBeatles: Get Back” for fans everywhere to enjoy.

The Beatles: Get Back Opens in Theatres August 27, 2021 #TheBeatlesGetBack pic.twitter.com/df5RjID56Z

If You’re Still Reading: First thank you, and second, could you take a moment to review or rate the MovieMaker podcast? Everything helps, and we’d be grateful. And if we can ever do something for you — yard work, checking out your movie — please let me know at [email protected]