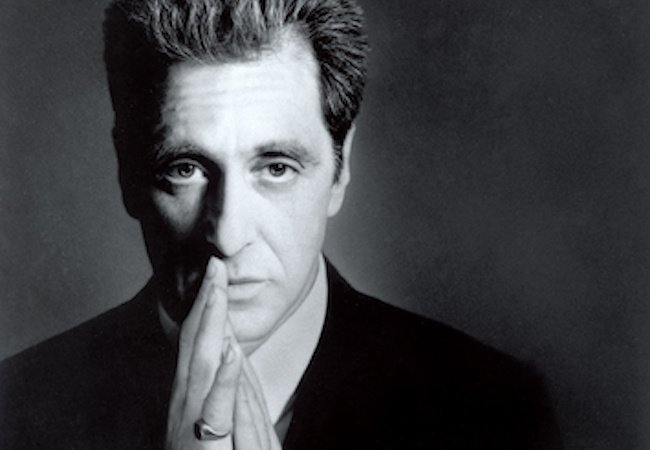 In today’s Movie News Rundown: Does a new edit improve Godfather Part III?; Peter Dinklage IS the Toxic Avenger; and imposing order on mixed-legacy wildman Frank Zappa. Also, it turns out some elements of The Crown are make-believe.

Pulling You Back IN: Francis Ford Coppola’s 30-years-later re-edit of The Godfather Part III is a fascinating look at what can and can’t be accomplished through editing. The new version is called Godfather Coda: The Death of Michael Corleone.

Peter Dinklage is Back With Avengeance: Dinklage will star as the titular character in a reboot of the 1984 Troma film The Toxic Avenger — a reluctant hero called to action when he is transformed by a vat of toxic waste. Deadline broke the good news.

‘Greenlight Yourself’: The Slamdance Film Festival, which helped launch the Russo brothers, Christopher Nolan and Steven Soderbergh, among others, just announced the full lineup for its upcoming festival, which includes a showcase for filmmakers with disabilities. Here are all of the films it selected.

WorldFest Houston Film Festival: WorldFest, meanwhile, which is one of the nation’s three oldest film festivals — and helped discover Steven Spielberg, among others — is now accepting entries in a huge range of categories. The fiercely independent festival is slated for April 16-25. They’re also our sponsors. Thanks, WorldFest!

Zappa: To everyone who ordered the new documentary Zappa over the weekend thinking it was the hilarious 1982 Scott Baio film Zapped, I feel your pain. Anyway, we offer this terrific Greg Hamilton piece on how director Alex Winter and producer Glen Zipper raised and spent $1 million to bring order to “rabid archivist” Frank Zappa’s unruly archives. And check out my upcoming documentary about Glen Zipper, Zipped.

If You’re Like Me: You love the idea of Frank Zappa — a prolific, boldly experimental, censorship-defying ’70s wildman — but don’t like his music at all. Julie Klausner absolutely nails what’s right and wrong about his work in the latest Double Threat podcast, which MovieMaker podcast host Eric Steuer and me both like a lot.

The Crown Is Not a Documentary: The Crown star Helena Bonham Carter agrees with people who think it’s important to clarify that the Netflix series does not purport to show the Royal family’s zany adventures exactly as they occurred in real life. “It is dramatized,” she says, per The Hollywood Reporter. “I do feel very strongly, because I think we have a moral responsibility to say, ‘Hang on guys, this is not… it’s not a drama-doc, we’re making a drama.'”

That Said: Here are some things The Crown got right, and just made up. Which is fine!

Hey, Remember That Time: When Ricky Gervais and Patrick Stewart mounted a savage, out-of-nowhere attack on Zapped? Anyway, this is an appropriate way to respond if someone asks you to read their script:

The Rundown: The Good Crash; Sofia Coppola on Godfather III; Corruption is Lethal