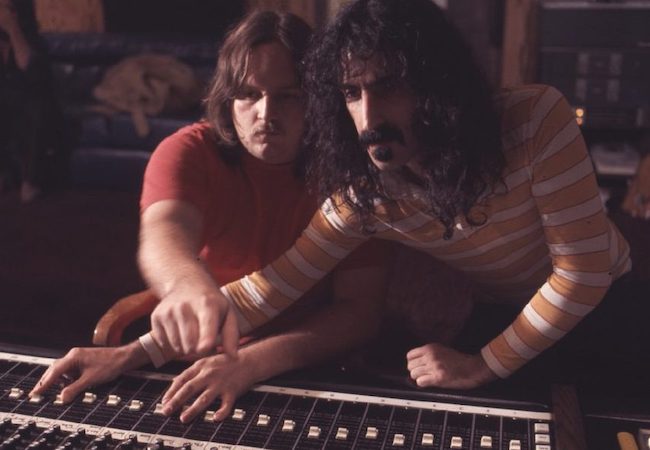 When director Alex Winter and producer Glen Zipper embarked on a documentary about modern composer and rock icon Frank Zappa, it came with a price.

They had received approval from Frank’s widow Gail, and with that, unfettered access to one of the greatest personal media archives in music history.  It was a gold mine of material that would make for a great film.

“It was going to cost a million dollars to do the preservation,” said Winter. “We didn’t have it.  The family didn’t have it, and we knew that if we wanted to make the film with all this media, we would need to preserve and archive it.”

Also Read: Two Strangers Tried to Make a Movie Together. What Could Possibly Go Wrong?

The undertaking took the better part of two years and meant navigating a gamut of visual and audio formats. “The family did a very good job preserving Frank’s audio masters and all the stuff needed to preserve his musical legacy, but a lot of his ephemera — Super 8, 16mm, 35mm and video — was rapidly deteriorating,” said Winter.

The team leveraged the crowd-sourcing power of the Zappa faithful and launched a filmmaking Kickstarter to digitize all the Zappa assets. Offering a multi-tiered array of benefits, offers and rewards (including Zappa’s Los Angeles house), they attracted 8,688 backers who pitched in more than $1.1 million. But that overwhelming success was just the beginning.

“100% of the money that didn’t go to rewards, went to preservation.  After that, Glenn and I had to separately go out and raise money to make the film itself,” Winter said.

“To start all over again to finance the movie is something that I’ve never had to do in my career. Hopefully its a scenario that won’t have to be repeated,” said Zipper.

To process all the material, they created a database that was searchable by keyword, date and topic, then sought out the best digitization.

“We had people scattered all over the place who were the very best at a specific corner of their medium,” said Winter.

The Zappa team was able to construct a chronology of home movies, musical triumphs, and never-before-seen windows into the enigmatic musician.

“Frank was very famous in his day for talking about how little he cared about his legacy.  Thankfully, that was not the way he lived at all.  He was a rabid archivist,”  said Winter. “We found media that went all the way back to his mother and father’s wedding films, that were not only preserved by Frank, they were reedited by him.  It really allowed me to create a first act, which I’d always dreamed of doing.  The first-person expression of the growth of an artist.”

The footage includes the young Zappa listening to blues records with his friend and musical cohort Don Van Vliet (aka Captain Beefheart), and playing with his first band, The Blackouts. The vault also held footage of Zappa’s Mothers of Invention during their experimental shows at the Garrick Theater, and the final public performance of his symphonic composition “The Yellow Shark.”

“I don’t think that the film would have been quite such a granular examination of his psyche, if we hadn’t had the visual media to back it up,” said Winter. “We were able to tell the story with real media, which is always the best if you can do it. In the final outcome, we ended up with a vast quantity of Zappa’s media that will now be preserved forever, which is great.”

And what of Frank’s house, offered up on Kickstarter?

“It wasn’t just snake oil, but we didn’t ultimately get a taker,” said Winter.  “After the campaign was over, Lady Gaga bought the house to preserve it as a studio, which was kind of the best possible outcome.”

Zappa, directed by Alex Winter, is now in theaters and streaming.